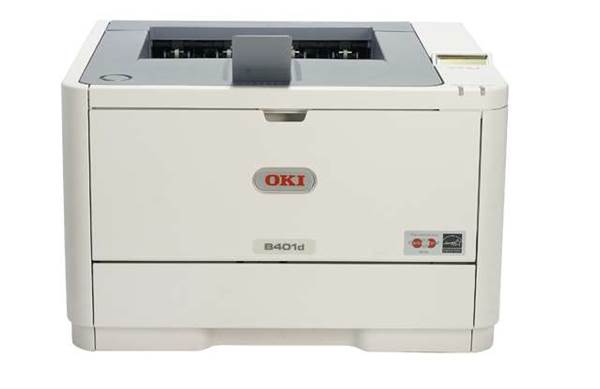 By far the largest laser printer in the group test of which thie review is a part of, the Oki B401d looks like it means business, and it has the specifications to match. With a 30,000-page monthly duty cycle, it’s more than capable of surviving life in the busiest of small offices.
At the rear, the USB 2 port is joined by a parallel port (if you want Ethernet, buy the B401dn – it’s similarly priced), and there’s a basic two-line LCD panel on the unit’s top fascia.
Newsletter Signup

I have read and accept the privacy policy and terms and conditions and by submitting my email address I agree to receive the Business IT newsletter and receive special offers on behalf of Business IT, nextmedia and its valued partners. We will not share your details with third parties.
It’s the only printer here, other than the Brother HL-2250DN, to offer a replaceable drum unit, and the sizeable chassis conceals an internal 250-sheet paper tray, as well as a manual tray for printing on thicker card and envelopes.
The B401d is quick, even beating its claimed figures. We recorded an average of 31.6ppm across all our tests, 9% faster than the quoted rate of 29ppm. In automatic duplex mode, the B401d’s 16.7ppm was almost as fast as some models here in single-sided mode.
As the second most expensive printer in the group (though still significantly cheaper than Canon’s offering), the Oki has some catching up to do when it comes to long-term running costs. Thanks to toner cartridges that last 2500 pages, it soon makes up lost ground. With a print cost of only 3c per page, it works out as the second cheapest after 5000 pages. After 10,000 pages, it’s only $32 more expensive than the Brother HL-2250DN in second place.
For print quality, the Oki is joint top. There are no issues at all with text quality: characters are laid down with pinpoint accuracy. Images lack the bold, strong blacks of other printers, and there’s some banding, but the reward is detail. Contrast is the best of any laser unit here, with almost perfect greyscales, and the B401d’s prints are finely detailed. If quality is key, the Oki’s ProQ setting reduces banding significantly, but drops the speed to 16.7ppm.
The B401d is a fantastic all-round performer, delivering top-quality prints quickly and for sensible money. With the price including a reassuring three-year warranty, it’s an absolute steal.
Verdict
Supreme speed and good print quality, makes the Oki B401d a great mono laser printer for heavy users. Read the review.
Quality
Speed
Features & Design
Value for Money
Overall
Specs
$155 AUD
(pricing info)