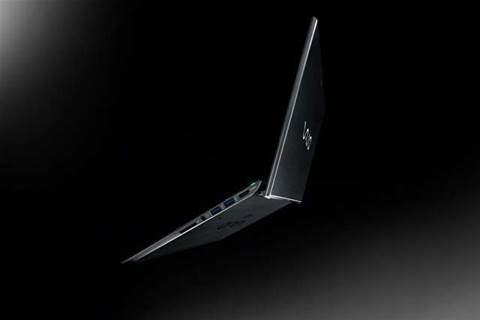 Sony has announced a laptop power adaptor for its new Vaio Pro 11 and 13 that's also a WiFi hotspot. Plug it into the hotel Internet, and you've got WiFi for your phone.

Sony has announced a pair of new Vaio series laptops, the Vaio Pro 11 and 13, which have a very interesting feature - the power adapter is also a WiFI router.
We're checking with Sony whether this adapter is included, or if you have to buy it separately.
Newsletter Signup

I have read and accept the privacy policy and terms and conditions and by submitting my email address I agree to receive the Business IT newsletter and receive special offers on behalf of Business IT, nextmedia and its valued partners. We will not share your details with third parties.
The idea according to Sony, is that the power adapter can double as a Wi-Fi router, turning your hotel’s Ethernet connection into your own on-the-go hotspot. Handy if you want to use your phone for emails and web while you're lying in bed.
According to the product page on the Sony website, the adapter can provide a Wi-Fi Internet connection for up to five devices simultaneously.
Sony claims that both laptops are the lightest touch screen enabled Ultrabooks on the market. The Vaio Pro 11 weighs 870g and the Vaio Pro 13 weighs 1.06kg.
The battery life claims made by Sony are impressive, though take them with a grain of salt. Sony says the Vaio Pro 13 should last eight hours before needing a charge, while Vaio Pro 11 will run for an impressive 11 hours.
Both devices also support a thin sheet battery accessory that clips onto the bottom and more than doubles the battery life on both Ultrabooks - that could be handy on long haul flights. We’ll reserve our judgement on battery life until we’ve done a full review.
Other notable features of the Vaio Pro series of laptops include:
Sony confirmed a local release date of early June with pricing starting from $1,299 for the Vaio Pro 11 and $1,399 for the Vaio Pro 13.  No word yet on the pricing for the wireless router/power adapter accessory.
Copyright © BIT (Business IT). All rights reserved.
Tags:
11 13 adapter adaptor hardware pro sony vaio wifi
By Krishan Sharma
Jun 7 2013
1:55PM