Buying a printer? Here is a handy feature 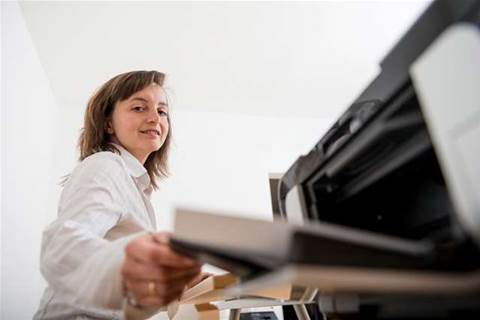 Here's an interesting feature: a printer that can print your document straight from your Google Drive account, without using a computer.

Modern printers have a feature that can be convenient when you want to print a document straight from Google, for example, or send a scanned image to a service such as Dropbox or Evernote.

Kyocera's Cloud Connect feature previously worked with Evernote, but the new version 2.0 also lets the device communicate with Google Drive.
This means scans from a supported Kyocera device can be sent directly to Google Drive, and certain filetypes including JPEG, PDF and TIFF can be printed from Google Drive directly from the printer's  control panel.
Newsletter Signup

I have read and accept the privacy policy and terms and conditions and by submitting my email address I agree to receive the Business IT newsletter and receive special offers on behalf of Business IT, nextmedia and its valued partners. We will not share your details with third parties.
Cloud Connect is a feature of Kyocera's HyPAS enabled devices.
Other brands offering broadly similar features include Canon, Epson, HP and Brother.
Copyright © BIT (Business IT). All rights reserved.
Tags:
cloud cloud connect dropbox evernote google hypas kyocera printer services
By Daniel James
May 21 2013
12:36PM