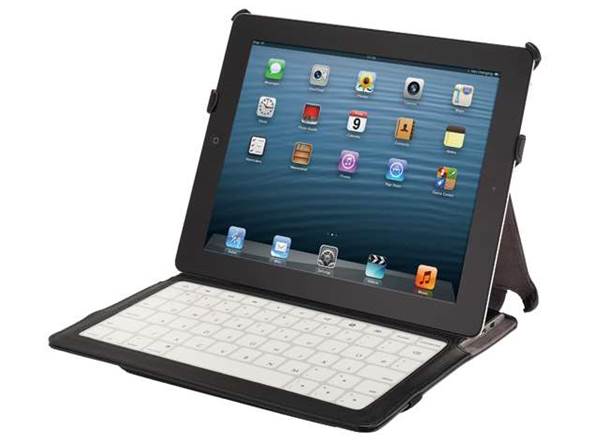 Kensington’s latest iPad keyboard case takes inspiration from Microsoft. It uses similar technology to the Microsoft Surface Touch Cover, featuring a touch-sensitive Bluetooth keyboard with “liquid- and dust-proof” keys and a leatherette shell that both protects your iPad and acts as a stand.

Alas, it doesn’t make a good first impression. We had to manhandle the tabs that hold the iPad before they’d remain firmly in place, and in keyboard mode our iPad had a worrying tendency of slipping back and crashing to the desk.
Despite lacking mechanical keys, the Keyboard Folio weighs 356g, bringing the overall weight of the iPad up to almost a kilogram.
Newsletter Signup