The tills are alive with the sound of Muzak 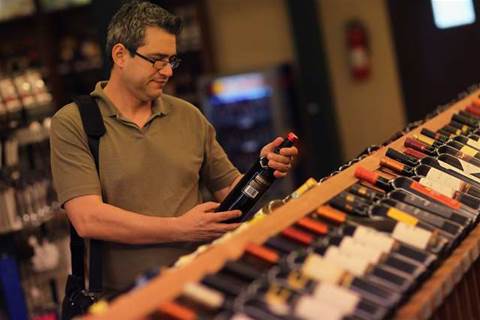 Opinion: I spent the Christmas of 1988-89 stacking shelves in a liquor store. It paid $2 per hour (a pittance even way back then), and the boss made me mop the floor before vacuuming it, which continues to annoy me far more than it should.

I remember it so well though because the store played White Christmas 19 consecutive times on Christmas Eve. 19 consecutive anythings is usually a bad idea, and mixing too much Bing with my beer was the final straw. To this day I wonder if this explains why I now work as a music psychologist, running experiments that show how piped music affects customers.

Fast music enlivens people, of course, but the research shows that because of this, it also makes restaurant diners eat more quickly – great news if you’re the manager of a busy burger bar.

Slow music relaxes stressed commuters on the drive home, but because of this relaxing quality it also makes shoppers slow down, browse more, and so buy more.

Other times, piped music affects customers because it has connotations that make them think and act accordingly.

Playing customers accordion music is the sonic equivalent of showing them a picture of the Eiffel Tower, and makes them buy five times more French wine than German wine. Oompah bands, by contrast, make even German wine more palatable.

Playing the sound of a babbling brook in the background makes orange juice taste sweeter and fresher. Playing upmarket classical music in a cafe makes customers believe that the prices should be higher, and makes them spend more money as they try to behave in a manner consistent with the “upmarket” thoughts that the music activates in their minds. Playing classical music in a bank can make even bankers seem trustworthy.

If customers like the music they hear, they find it hard to keep away. Playing music in the stairwell makes people eschew the lift. Playing music that people like at a market stall brings in twice as many customers as does playing nothing at all.

And because listening to music that we like puts us in a good mood, it makes us more amenable to approaches by shop floor staff, and even makes us more likely to volunteer to help other people.

Customers also have clear expectations of the music they should hear in commercial premises. How would you feel if your local Indian restaurant started playing Strauss waltzes? Celebrity chef Heston Blumenthal agrees with you that the music should fit the food: order a dish in his restaurant and you will also be served an iPod pre-loaded with music that complements the haute cuisine.

And it’s important that businesses don’t violate customers expectations of the music. Playing unfamiliar, inappropriate country music in a gym distracts people so much that they can’t even work out how long they worked out.

I could go on, but you get the point. This stuff really works. And it is really good value for money. The “right” music typically increases sales by between 10% and 20%, representing potential profits of millions, but costs only a fraction of that.

Pressure groups such as Britain’s Pipedown have anti-Muzak celebrity backers such as Stephen Fry and Joanna Lumley, who agree with comedian Lily Tomlin’s fear that the guy who invented piped music might be inventing something else.

They argue that using the high water marks of Western civilisation to flog baked beans is like using a photograph of your grandchildren to promote cocaine.

I disagree. Playing music in a supermarket devalues it no more than does painting the walls blue devalue Picasso’s blue period. Putting the staff in a nice uniform doesn’t make Vivienne Westwood’s 1970s punk fashion any less culturally significant.

Others ask whether it is ethical to use music to influence shoppers, apparently making them buy things they didn’t even realise they wanted.

In reality, music only affects shoppers when they are undecided or unwilling to think about what they are going to buy. You would never favour a Toyota over a Porsche just because the dealer played Japanese music.

And is playing music any more devious or subliminal than using other aspects of the store environment to persuade customers? It is not a coincidence that in-store staff dress nicely, that the walls are painted a certain colour, or that the milk is usually located at the back of the store, but we seem happy to accept these marketing tricks.

Adrian North has received funding in the past from the The Leverhulme Trust, the European Union, PRS for Music.