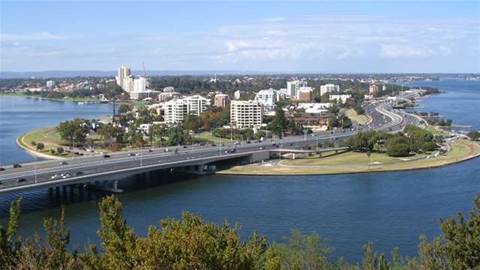 Live or work in the South Perth area? 17,000 homes and businesses can expect to see connections starting around June.

[Correction: the article headline was originally titled "List of suburbs around Perth where NBN is coming soon." After speaking to a government spokesperson we have confirmed that the June timeframe below for NBN connections refers specifically to South Perth residents. The spokesperson could not confirm at the time when residents in other suburbs on the list below will be able to start connecting.]

The final stage of NBN construction in South Perth is under way, and 17,000 homes and businesses can expect to see connections starting "progressively" around June.

Work is also underway to connect another 68,000 premises to the NBN fibre network in the following Perth suburbs:
Newsletter Signup

I have read and accept the privacy policy and terms and conditions and by submitting my email address I agree to receive the Business IT newsletter and receive special offers on behalf of Business IT, nextmedia and its valued partners. We will not share your details with third parties.
We have spoken to a government spokesperson who confirmed that Victoria Park residents can also expect to be able to start connecting from around June. The spokesperson couldn't confirm when residents of other suburbs on the list below can start start to connect.
You can get free advice about making the most of the NBN at the NBN Digital Hub and Digital Enterprise. This is located at:
The Government has provided over $390,000 to the City of Melville to establish the Digital Hub, and $270,000 to Fremantle Chamber of Commerce to provide Digital Enterprise training services.
Other Commonwealth-funded Digital Hubs in Westerna Australia are located at:
Work has already begun on connecting 112,000 premises to the NBN fibre optic network in Western Australia.
[Main article image: Wikimedia Commons user Dcoetzee]