Evernote Business: why step up from free Evernote? 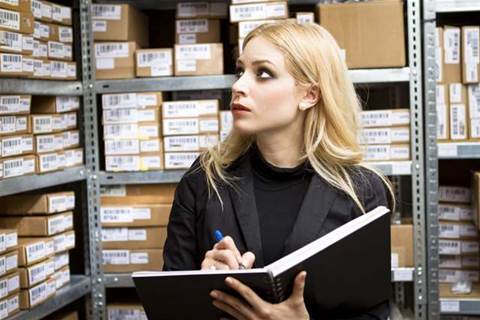 Confused? Here's a basic summary of how Evernote Business differs to the free version of the popular note-capturing tool.

Evernote claims to have 800,000 individual users in Australia, of which two thirds use the software for work and personal tasks.

From coffee roasting businesses to an accounting firm, we heard a handful of stories at today's launch from local small businesses who've found very useful ways Evernote can help them do their jobs. 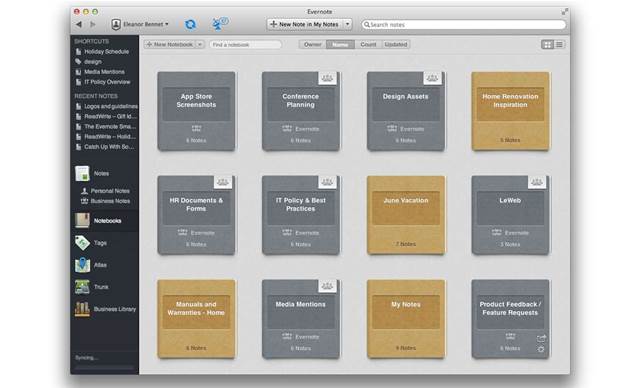 Evernote Business: Grey notebooks can be assigned so everyone can see them

If you're already a user of the free version of the popular program - which lets you collect all your notes and clippings and copies them so you have them on all your computers and phones - you might be wondering what the point is in paying actual money for the business version.

A key difference is the ability to give a bunch of people in your business access to the same notes.

In the free version of Evernote, you can let other people see certain notes or notebooks within Evernote, but they can't edit anything.

Evernote Business also lets several people edit the same note, but adds the ability to setup a Business Library of notes that are available to Evernote users throughout the company.

For example: say you have a set of training documents, leave forms, expense claim forms that every new person that you need to give every person who starts working in your business access to.

With Evernote Business, the idea is that you put these in the Evernote Business Library, then add the users you want to give access to. If you have a lot of staff, there is a way for them to be automatically given access.

This comes in handy in a number of situations, according to Evernote:

Another obvious scenario is a business that needs to do basic note sharing around office and doesn't have a database or server set up.

Keep in mind though, while Evernote has the ability to create several snapshots of Business notes over a certain frame of time - protecting the business by letting the administrator go back and recover older versions of notes - we were told during the presentation that this function might not capture every single change to notes.

This article on the Lifehacker site also quotes an Evernote spokesperson advising against several people accessing the same document at the same time.

We're following up with Evernote to clarify this.