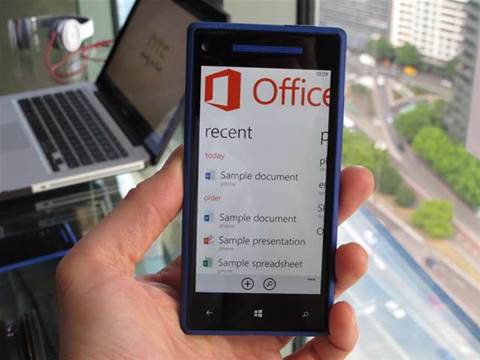 As we explained here, the new Windows phones are a lot different to using an iPhone. You have a choice of faster 4G/LTE Internet access, plus you can open Office documents.

So what about the new HTC phones?

Weighing 130 grams with battery, the Windows Phone 8X by HTC is light and slim with its smaller counterpart, the  8S, weighing just 113 grams.

The Windows Phone 8X by HTC comes in a variety of colors including California Blue and Graphite Black while the Windows Phone 8S by HTC is available in Domino Black & White, and Atlantic Blue.

Both devices will available on a variety of different consumer and business plans through Optus and Telstra.

With Telstra, the 8X is available on the $60 Every Day Connect Plan plus a $5 monthly handset repayment over 24 months after using an included MRO Bonus.

This plan offers $600 worth of standard national calls and MMS plus unlimited text messaging to standard Australian numbers and 1GB of data for use in Australia.