You can order the new, thinner 27in iMac from tomorrow 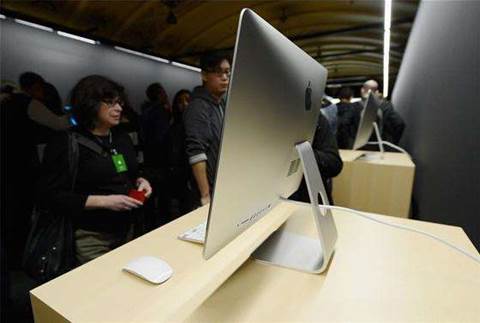 While a lot of small business people have switched to using notebooks or tablets, there's still a place for desktops - especially for tasks that can take advantage of a larger screen, or use in areas open to the public where it's just too difficult to secure a notebook against theft (the hole in an iMac's 'leg' is a convenient attachment point for a wire security cable).

In Apple's case, desktop largely means iMac - The Mac Pro only appealed to a very limited audience and hasn't been significantly updated in some time - and the iMacs that were announced just over a month ago http://www.bit.com.au/Gallery/320495,photos-see-the-new-ipad-mini-ipad-imac-australia-prices-and-highlights.aspx/10 will soon be available.

In the case of the iMac with a 21.5in screen, "soon" means "tomorrow" - Apple will start shipping the new computer on the very last day consistent with its original promise of November delivery.

The 'slim edge' design and anti-reflective screen are the most obvious changes, but inside are faster processors (Intel Core i5, with the option of the even faster i7) and faster graphics controllers.

Unlike all but the very early Macs, the memory in the 21.5in model is not upgradable - whatever you select at the time of purchase is what you're stuck with.

The basic 8GB is relatively generous compared with previous Macs, but we expect there will be some 'better safe than sorry' decisions to option-up in this regard, especially by those who use memory-intensive applications such as Photoshop or virtualisation software (Parallels Desktop, VMware Fusion, VirtualBox) to run Windows alongside OS X. The maximum memory is 32GB.

Another extra-cost option is the Fusion Drive. This is Apple's term for an arrangement that couples a (very fast) solid state drive with a conventional hard disk to deliver better performance.

This combines the performance of solid state storage with the convenience of not having to worry about where you should store any particular file.