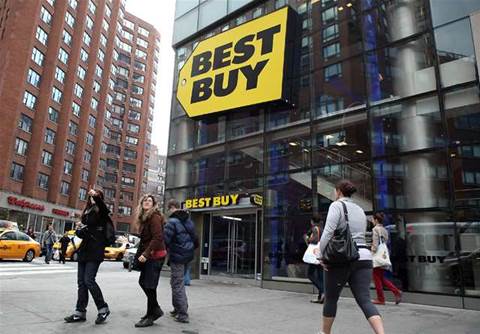 Opinion: While the Federal Government may argue changing the GST threshold on online purchases is an equity measure, it’s likely to be viewed by many as an exercise in shoring up the federal budget.

The Federal Government is tipped to be eyeing the online world in a bid to shore up­ collapsing federal tax revenues. This move has more to do with squeezing “little areas” to get more tax, and ensure a surplus – and less to do with redressing unfairness vis-a-vis brick and mortar retailers.

Australian brick and mortar retailers would love to see a tax on “large” overseas internet sales through a lowering of the $1,000 tax-free threshold. However, given the difficulties of collection, it is not clear that it will help raise much revenue in the short term.

While the government could argue that lowering the threshold is an equity measure, it would be viewed by many as an exercise in shoring up the federal budget. Indeed, every revenue measure over the next 10 months will be viewed with such suspicion, even if a sound tax policy rationale underlies the measure.

Last week retailers conceded tax exemptions on internet shopping were unlikely to be scrapped, and some now argue it was wrong for them to push so hard for GST to be levied on “low value” online purchases. Their push may have alienated their customers, and their advertising campaign made them look largely out of touch. Consumers like being able to shop around for cheaper prices. However the new move as part of the GST review has raised brick and mortar retailers’ hopes again of imposing GST on what are called “low-value imports”.

It is going too far to say under all scenarios, it would cost more to collect the tax than it would raise. It will depend on where the new low value threshold is set. For guidance on that, we could look at other countries: the low value import thresholds are (in $A): New Zealand: $300; Canada: $20; UK: $30; Singapore $300. The Australian position of $1,000 is way above those. The question is why.

Prior to November 2005, the Australian threshold was only $250. The tax saving and therefore revenue lost to government on a $1,000 purchase is roughly $100. Simply reverting to the old standard of $250 would, at least in theory, bring in a lot of tax revenue.

However, there is little point in having a tax rule for purchases over the internet if there is no practical way of collecting it. In terms of a taxing point or tax collection point, this is difficult. Australia could make every online retailer in the world register for Australian GST if they export Down Under. While technically feasible in today’s world of tax cooperation, this is unlikely in the short-term.

More likely in the short-term, the obligation to collect the tax would be imposed on the recipient of the overseas parcel. This would be complicated and is certainly not a model used under the income tax system.

The GST threshold of $1,000 is high by world standards, and lowering it to say $250-$400 is likely to raise more tax. The question is whether there is an appetite for this among politicians. You would create a load of hassle for every voter that has begun to shop online in a big way, and the government would not be guaranteed a healthy revenue collection.

Regrettably, these are in the “too hard” basket at the moment.

Instead, what we are seeing is the government trying hard to “reform” areas where the return to revenue is minor. While this may improve the tax system marginally, politicians should really be looking at the bigger items that are a major source of unfairness and inefficiency in our tax system. This is what the Henry Review was all about.

Alas, with the current government majority, politicians of all persuasions seem to be sitting on the fence about tackling areas that are screaming out for reform, – which is why GST on low value internet imports is once again under consideration.

Dale Boccabella owns shares in Myer, and Myer may benefit if the low value threshold on self-imports was lowered below the current $1,000 threshold.