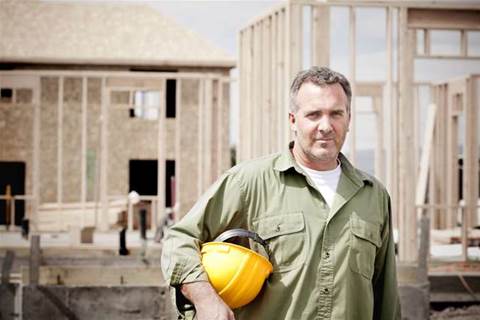 The facts of Australia’s ageing population are stark: around 13.5% are currently aged 65 and over, but by 2050 this age group will make up almost 23% of the population.

Welcome to Shades of Grey, a series from The Conversation that examines the challenges posed by Australia’s ageing workforce, Today, Monash University’s Veronica Sheen looks at the sustainability of older worker retention policies.

The facts of Australia’s ageing population are stark: around 13.5% are currently aged 65 and over, but by 2050 this age group will make up almost 23% of the population. There will be just 2.7 people of working age (15-64) compared to five now, for each Australian aged 65 years and over.

Taxation, social spending and economic growth are set to feel the pressure of the growing aged population, according to the last Treasury Intergenerational Report.

The Grattan Institute thinks these changes don’t go far enough. It recommends increasing both the pension eligibility age and superannuation preservation age to 70 years. It estimates that the resulting increase in older worker participation would contribute to economic growth in the order of $25 billion by 2022.

While these policy prescriptions to extend the workforce participation of older Australians are concerned with broad macroeconomic factors, I argue much more attention is needed to their practical application. Ideally, maintaining workforce attachment until older ages has a range of benefits for workers. Most of all, it increases income and savings for retirement. It may also mean that people can continue in work that is rewarding and stimulating, with benefits for their wellbeing and mental health. However, this congenial trajectory of working to an advanced age may be difficult for many workers to achieve.

Current trends across the labour market are not very “age-friendly”, most particularly in the growth of precarious forms of employment as documented through the recent ACTU inquiry on insecure work and by many scholars (see for example, Beyond Employment. Despite the projections of a labour shortage associated with population ageing, it is difficult to see that this will result in a reversal of these trends without much firmer policy and regulatory interventions as, for example, those proposed by the Centre for Employment and Labour Relations Law.

However, it’s expected that these firmer regulations and policies will be highly contested by employers who still have options of filling domestic labour supply shortages through technology substitution, moving activities off-shore, or importing workers with the characteristics they desire.

Insecure work consists of several main forms of employment relationships: casual or fixed term employee, independent or dependent contractors, labour hire, and outworkers. Each serves to reduce employer liabilities for cumulative leave and redundancy entitlements, (which are of most benefit to long term employees), training, and opportunities for occupational progression. They erode the collective bargaining capacities of workers. They serve to commodify workers, which means greater vulnerability to being treated in ways that are dehumanising. As I was told by midlife participants in my research on precarious employment…“you’re just a number”, “just a commodity”, “a piece of meat”, or “human battery hens” – hardly a very enticing proposition for keeping in work until you are 67 or even 70, if you can possibly avoid it.

It might be argued that more diverse forms of “non-standard” employment can suit older workers through reduced hours and greater flexibility. However, tough and highly competitive labour processes are often embedded in casual and contract employment relationships. These labour processes are an important dimension of employment insecurity, enabling easy termination of employment on the basis of shifting performance indicators. They can also be used to dispose of older workers who may struggle to keep up the pace. Flexibility can be more an employer option around staffing levels than an employee choice to fit with lifestyle preferences for a “transition to retirement”.

In his famous essay of the late 1990s, sociologist Pierre Bourdieu observed that “job insecurity is everywhere now”. The situation has not improved in fifteen years. Job insecurity is closely linked to work intensification strategies which increasingly infect a wide range of occupations and professions such as the tertiary sector, which Euan Ritchie and Joern Fischer say is “now characterised by excessive hours, unrealistic benchmarks, high levels of competitiveness and inflexible, family unfriendly work arrangements”. These practices are consistent with much of contemporary business strategy geared to continuous change in a fast-paced and competitive environment.

Older workers within organisations may be seen as an impediment to these changes that businesses require, “the dead wood” as the Australian Human Rights Commission documented in its report on age discrimination.

As Richard Sennett observed in the Corrosion of Character, the problem is not that older workers lack skills and experience, but rather that malleability, risk-taking, and submissiveness are the preferred attributes of workers to facilitate rapid change. These qualities are more likely to be found in the young and inexperienced.

Contemporary employment conditions do not seem to be very conducive to maintaining workers well into their 60s or up to 70, as proposed by the Grattan Institute. One participant in my research, a former bank manager in her early 50s, told of how increasing demands within the banking sector affected her thinking about her work options:

“When I was in the bank, I had to write a million a month in housing loans so I was working 60 hours. I would go to all the shops, and people, do all the outwork as well, and work on a Sunday and now I don’t want that. Everyone I still know in the bank says it has got worse and tellers have their quotas each month.”

It is easy to see how business practices can be developed which are difficult for older workers to sustain. In addition, a wide range of jobs are simply exhausting, hard work with high risks of injury – labouring jobs, manual trades, paid and unpaid care work, cleaning, pick and pack, or even jobs that simply require a lot of standing up. There were several midlife women in my research who had no income or employment options except cleaning work. I could not imagine how they could maintain such employment – even part-time – until aged 60.

Retirement from “good jobs” and the rest

Participation rates for mature age workers have increased in recent years although long term unemployment is an ongoing problem for a significant group. This reflects how hard it can be for older workers to regain jobs once these are lost.

Where mature age workers are in “good jobs” they will have options to stay in them. This group is most likely to have a reasonable degree of control over how they do their jobs and may also be in a position of seniority. This means that they may be less exposed to difficult performance demands. Ironically, policy interventions to keep them in work to advanced ages may largely be irrelevant, as they are most likely to have the means to retire whenever they wish.

Older worker retention policies will impact most harshly on those further down the jobs hierarchy whose working lives have not been so congenial. They will be forced into working longer than they expected or longer than they can. Tighter labour regulations and policies, in combination with education and training options that assist transitions to better occupations, could all play a part to make working at an older age an easier and realistic option.

However, more will be needed. Young workers all become older workers in the end, and are vulnerable to burn-out. And, if older workers are required to keep working to advanced ages, then it must, at the very least, be in employment that they can do without compromising their health and wellbeing. Work should also provide opportunities for making best use of their skills and abilities. There is a broad debate and acceptance of the idea of environmental sustainability; it is time that this was expanded to include “employment sustainability”.

Veronica Sheen does not work for, consult to, own shares in or receive funding from any company or organisation that would benefit from this article, and has no relevant affiliations.