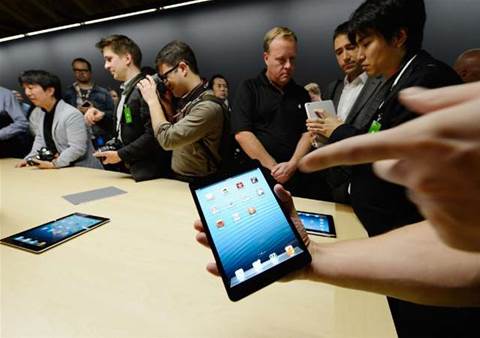 Apart from the iPad mini's thin-as-a-pencil design and the new iPad's faster processor, it's now 4G broadband that make the new iPads really stand out from other tablets.

To 4G or not to 4G, that is the question. The new iPad mini and an updated full-size iPad have been announced overnight, with news that for the first time, Australian iPad users will be able to buy 4G otherwise called "LTE") models. Read our comparison of the iPad mini and Nexus 7 here.

If you're considering a new tablet, 4G adds a very compelling reason to go with Apple over some competing devices, including the Nexus 7, which at the moment you'll only be able to get online if you are in a WiFi hotspot (though a new 3G Nexus 7 is rumoured).

The big question is whether 4G is necessary. This comes down to how you plan to use your tablet. In our office, most people stick to using their iPad at work, at home, in hotels, where there is WiFi. In most cases they are relying on their phones and laptops for getting online when they are out of the office.

If you are going to be using the iPad on the road as a sales presentation tool, to check email - if online access will be crucial to your day to day work routine, then having 3G or 4G is a better bet.

We've covered the pros and cons 4G question here. In a nutshell, access isn't universal in Australia. For those lucky enough to have access, the speeds are potentially much greater than 3G, though as with all wireless services, speeds aren't consistent.

As we've already covered, Telstra will be doubling 4G coverage in the next 10 months, with plans for two-thirds of the population covered eventually. Optus 4G coverage includes Sydney, Perth and Newcastle and Melbourne.

The seconds question is what you need to do online. 4G isbn't necessary, we'd argue, if you're limiting access to email and web browsing. For sending and receiving large files though, you'll finbd it very handy.