Who inspires you at work? 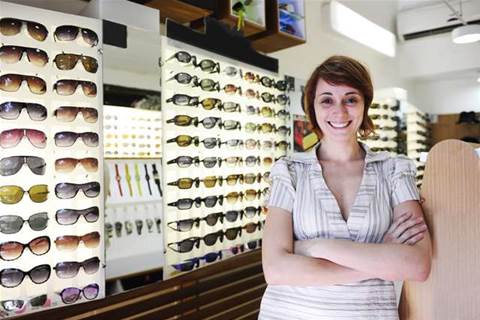 Do you have a business role model? Is it someone where you work? Someone who went out on a limb and took a risk? Share your thoughts here.

Who inspires you? Is it someone in the ICT industry? Chances are it is someone who went out on a limb; who took a risk; who believed in themself and was passionate about what they did…

I am inspired by Jack Dorsey, who defied the advice of those around him to create a tool which revolutionised the way people communicate. As one of the co-founders of Twitter, it was his love of the city and the frenetic pace of metropolitan life that gave him the idea to combine dispatch software and public transit databases in Manhattan with an instant messaging tool. Minute-by-minute, this tool would provide an accurate picture of a living and breathing metropolis at any point in time. His idea was based on three guiding principles: simplicity, constraint and craftsmanship. But underlying all three, was inspiration.
It’s important to seek inspiration to further your career.
Newsletter Signup

I have read and accept the privacy policy and terms and conditions and by submitting my email address I agree to receive the Business IT newsletter and receive special offers on behalf of Business IT, nextmedia and its valued partners. We will not share your details with third parties.
Inspiration is not just about the person, but about what they’ve achieved and how they did it. Dorsey created a micro-blogging platform that revolutionised the world. Via micro-posts of 140 characters or less, Dorsey opened up worldwide communication channels that sparked more interactive collaboration between individuals than ever before.  He not only revolutionised online communication, he gave social activists a voice and a platform to make their opinions known, influencing greater revolutionary events in the middle-east in 2011.
But innovative ideas don’t always have to change the world. Dorsey’s idea was not an elaborate one. Sticking to his guiding principles, it was simple, constrained and well-crafted. He recognised that, when it comes to technology, users don’t need all the bells and whistles as long as the core mechanics work. He recognised that there are great opportunities in simple ideas if they are timely. Taking Dorsey’s lead, we should all be aiming to focus on simplicity. Forget the fluff. Focus on what is essential and get it right!
Do you have a role model? Add your comment below.
‘Inspire, Innovate, Motivate’ is the theme of this year’s Young IT Conference (YITCon) in Sydney this October. Last year’s YITCon in Melbourne saw hundreds of delegates from around Australia come together to learn about the next step in their career and this year promises to be bigger and better. More information can be found here. This is a condensed version of an article that first appeared in PC & Tech Authority.
Copyright © PC & Tech Authority. All rights reserved.
Tags:
acs jack dorsey yitcon
By Joel Nation
Aug 24 2012
3:53PM