Windows 8 to arrive on October 26 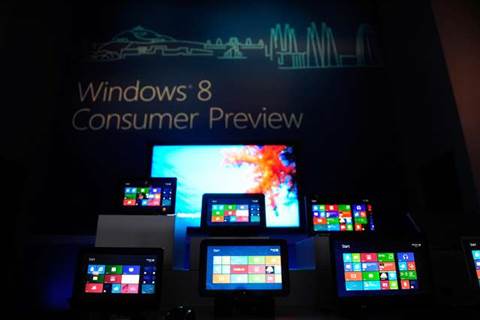 Microsoft finally narrows down the release date for Windows 8, but some questions still remain.

A few weeks ago Microsoft announced the all-important Release to Manufacturing schedule for Windows 8. This is set to occur in early August, which put it on track for a launch in October. Now it has announced the actual launch date for the OS, which will go onsale on October 26.

Curiously the announcement on the Windows Team Blog specifically states that consumers will be able to get it as an upgrade or on a new PC, with no mention of full boxed copies of the software. This plays into rumours that have been floating around for weeks that Microsoft won’t actually sell Windows 8 as a standalone retail product, and it still stands as an unanswered question about the launch.

The announcement should also mean that October 26 is the date that Windows based tablets finally get a suitable operating system. As a corollary it is a timely reminder for those still running Windows XP on desktops and laptops that it is probably a good idea to upgrade to Windows 7 sooner rather than later.

Not only does extended support for Windows XP run out in 2014, but the recently announced Office 2013 product will only run on Windows 7 and Windows 8, ignoring both XP and Vista.

While the Operating System itself now has a release date, there is still no news about the launch of Microsoft’s Surface tablets. It was announced at the unveiling that Microsoft would be shipping an ARM based Windows RT version of the tablet and then following up with an Intel based Windows 8 version a few months later.

But the launch date announcement only mentions Windows 8, and Microsoft has been pretty specific in talking about Windows 8 and Windows RT as separate but closely related products. Hopefully clarification will emerge on this issue soon.