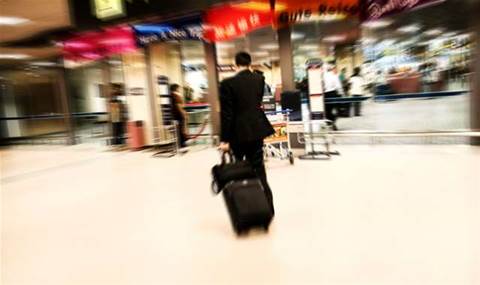 You are in a hotel or at home and you need to get to files on your server or computer at work - here's a basic introduction to the VPN.

What is a VPN?
A VPN is a Virtual Private Network. The best way to describe is by comparing it to a normal network. In a normal network, you have two or more computers connected to each other by a physical device like a router.
Newsletter Signup

I have read and accept the privacy policy and terms and conditions and by submitting my email address I agree to receive the Business IT newsletter and receive special offers on behalf of Business IT, nextmedia and its valued partners. We will not share your details with third parties.
With a VPN, the computers are connected via the Internet. That's the "virtual" part - there's no physical gear that you control linking the computers but the software running between the computers that are connected make it seem that the computers are connected to each other with a physical cable.
In a VPN, the communications between the two computers via the Internet would be unsecured and susceptible to anyone listening in. So, in a VPN the communications between the computers in encrypted in such a away that only the computers on either end of the virtual connection can understand the communication. That's the "private" part.
It's a network as there are two or more computers connecting with each other.
What does a VPN replace?
A VPN provides a secure way for you to connect one computer to another over the Internet. In the old days, a direct connection would be achieved by using dial-up modems but the ubiquity of the Internet makes it easier to use it for the connection.
How much does it cost?
VPNs don't cost a great deal to set up. Both Windows Server and OS X Server include VPN support so you can securely make a remote connection into your servers while out of the office. However, unless you're quite technically minded you'll need to engage your IT support person to set things up.
BIT’s advice:
No matter how large or small your business is, security is important. A VPN makes it possible to securely connect to your office network from anywhere via the Internet. If you need to access files and other data that are kept on a server or computer within your office network, a VPN is a safe way to do so.
Copyright © BIT (Business IT). All rights reserved.
Tags:
home hotel how login office remote secure services software vpn work
By Anthony Caruana
Jun 29 2012
12:39PM