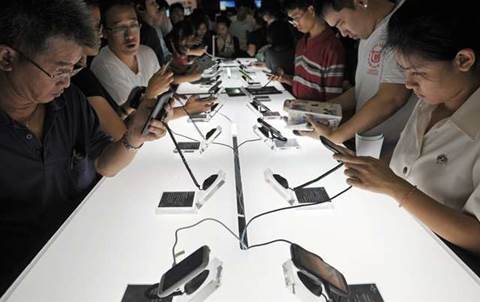 When launching the new Samsung Galaxy S III last week, Samsung noted ActiveSync as one of the phone’s features for business users. So what is ActiveSync?

ActiveSync is a communications system developed by Microsoft. Its purpose is to support synchronisation of information from one computer to another device. For example, if your business uses Microsoft Exchange for email and calendars, then ActiveSync lets you sync your email and calendars from a server to a smartphone or tablet.

ActiveSync was originally designed for syncing personal digital devices by direct connection to a computer but it now also works across a network so you can use WiFi or 3G connections to sync your smartphone or tablet with your company's email and calendar system.

What does it replace?

Before ActiveSync, the only system that supported networked synching of email and calendars came from BlackBerry. Microsoft developed ActiveSync as a way of getting their handheld devices to synchronise with Exchange.

ActiveSync doesn't cost you anything. It comes as part of Microsoft Exchange if you're in charge of setting up your company's email server and it's on most smartphone and tablet makers.

Chances are, it's already on your tablet or smartphone. To use it, all you need to do is create an email account on your device that links to a server that runs ActiveSync.

When launching the new Samsung Galaxy S III last week, for example, Samsung noted ActiveSync as one of the phone’s features for business users. That isn't all that special, although the way Samsung has implemented it is useful. If you receive an SMS or miss a call on your phone, this is sent to your email Inbox.