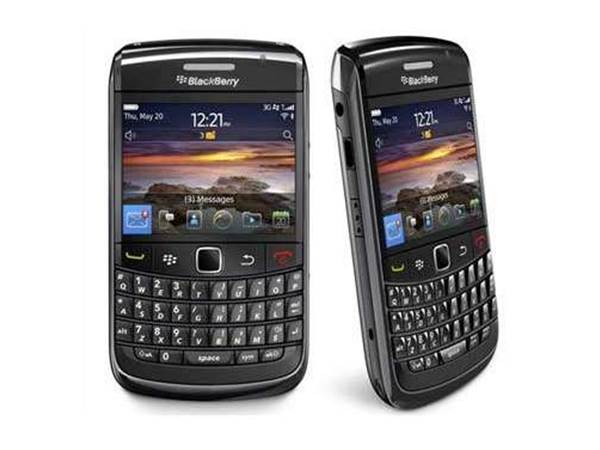 Smartphone users are divided into two camps: those who are happy using onscreen keyboards, and those who prefer proper keys and buttons. Various phones have tried to straddle this gap, offering both options in one package, but none as successfully as the new BlackBerry Bold 9900.

It’s a traditional keyboard-centric BlackBerry, but with the addition of a touchscreen. It’s perfectly possible to use the phone without dabbing the display, and anyone upgrading to this phone from an older Bold or Curve may find themselves hardly touching the screen initially. With use, though, it soon becomes apparent that for things such as scrolling, zooming, and flicking between screens, the new touch interface is a real boon.

Size-wise, the Bold 9900 is more like the original Bold 9000 than last year’s Bold 9780, meaning it’s a bit taller and wider, and the responsive keyboard is a little more spacious. The Bold 9900 looks and feels the part, too, with a stylish brushed-aluminium frame capping off the phone’s slim, angular body.

The device runs RIM’s BlackBerry 7 operating system. The OS will look instantly familiar to existing BlackBerry users: the graphics have been tweaked, but the layout and operation is still largely the same as before. The main OS improvement is in the web browser, which renders both mobile and desktop websites particularly well: it coped with everything we threw at it.

Besides the touchscreen and new OS, the biggest improvement the 9900 brings is speed. Both the CPU and the graphics processing are notched up considerably from previous BlackBerry devices, and the difference is noticeable across the board. Boot-times are faster, web pages scroll more smoothly, and searching through a stack of emails is very fast.

The phone stormed through our benchmarks, completing the SunSpider test in only 2702ms– quicker than the A-Listed Samsung Galaxy S II. It also loaded the ABC desktop homepage in eight seconds – a little slow, but by no means terrible. Unfortunately, a faster CPU combined with a slimmed down battery means the device doesn’t last as long as its predecessor. At the end of our standard 24hr battery test the meter was showing a shade below 60%, a notch behind the 9780. It’s worth noting, though, that it’s still as good as its main competitors.

Another compromise is the camera: it’s still 5 megapixels, but it’s no longer autofocus, making do instead with a fixed-focus “extended depth-of-field” lens. With the 9900, this difference is especially noticeable when trying to take close up photos, as a business user might do when grabbing copies of receipts or business cards. It can capture 720p video, though, which is a step up from previous models, and we liked that fact that when taking still photos there’s absolutely no shutter lag. 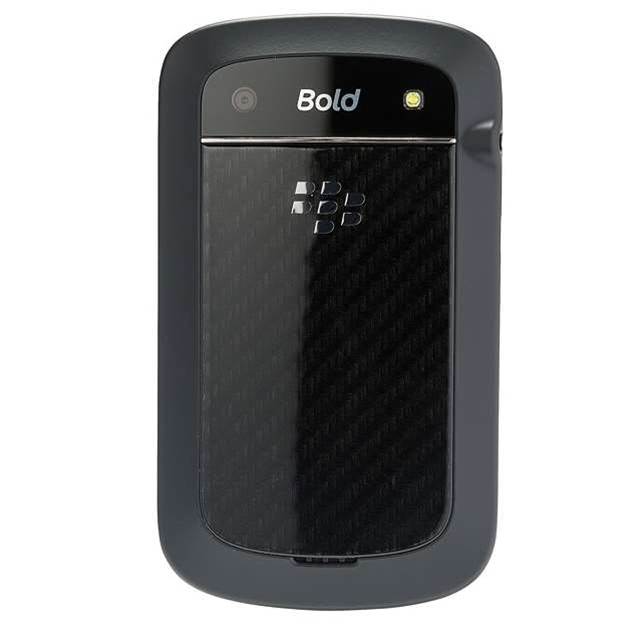 The 2.8in 640 x 480 display uses a standard LCD rather than the Super AMOLED, Retina or IPS panels that you’ll find elsewhere. Yet despite this, it’s clean, clear, crisp and very bright at a maximum 415cd/m2.In common with other touchscreen BlackBerrys, there’s no single-line option in the message list, which might disappoint some upgraders because fewer emails are displayed at once.

Connectivity is good, though: we were pleased to see dual-band Wi-Fi, something still rare among smartphones, but important given the congested state of the 2.4GHz band. When using the phone functions, the audio quality is very good and, as usual with a BlackBerry, the built-in speakerphone is excellent – although the rear-facing speaker port is rather easy to block.

Overall, the BlackBerry Bold9900 is a great phone. In fact, we believe it’s the best RIM has ever produced. Some BlackBerry traditionalists will be disappointed by the battery life, but the keyboard-plus-touch form factor and impressive speed both make this smartphone a winning package.