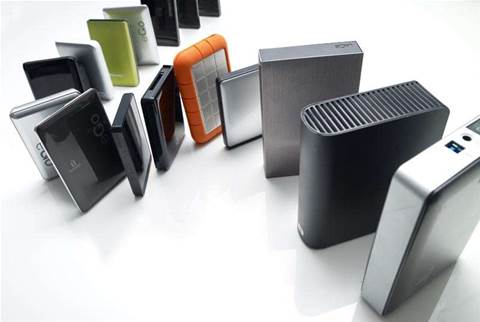 With a USB 3 hard disk, you can add huge amounts of superfast storage to your PC. We test 14 models in various capacities to help you choose the perfect drive.

An external drive is an easy way to add storage to your PC – and now that USB 3 is becoming commonplace, external drives can be almost as fast as your internal system disk. The dozens of models on the market all do the same basic job, but there are several factors worth considering if you want to find the perfect drive.

The first question is whether you choose a portable drive or a desktop model. Even if you don’t intend to cart your drive around, portable models take up less space, and they draw their power from the USB connection; desktop models require a separate power supply. Portable drives are slower than desktop models, though, and are more expensive per gigabyte. They don’t come in such generous capacities, either: the largest portable drive featured in this Labs is 1.5TB.

I have read and accept the privacy policy and terms and conditions and by submitting my email address I agree to receive the Business IT newsletter and receive special offers on behalf of Business IT, nextmedia and its valued partners. We will not share your details with third parties.
But how much space do you actually need? Today’s drives come in immense sizes: 1TB is enough to hold a quarter of a million MP3s. It makes sense to buy a disk that’s bigger than you need right now, so you have room for your data to grow. But you probably don’t need a 3TB volume unless you plan to keep multiple backups of your entire hard disk.

It’s also worth considering the backup packages and encryption tools that come with each drive. You can always use other utilities, or Windows’ built-in features, but many drives come with decent alternatives at no extra cost. In some cases, you’ll also see a USB 3 drive bundled with a PCI Express x1 USB 3 card, enabling you to equip an older desktop system for top-speed transfers.

Rest assured, however, that all the USB 3 drives on test here will work with older USB 2 ports – you just won’t get optimum speed. See the graphs on p62 for an indication of the speeds you can expect from USB 2.

There are less tangible matters to consider, too. Your drive is likely to live next to your PC, so it makes sense to inspect the various designs and colours manufacturers have to offer. Naturally, cost should be taken into account, too: as we’ll see in the coming pages, prices vary, even between drives that are functionally identical.

The final consideration is performance: some external hard drives read and write files faster than others, depending on the disks and controller chips chosen. It isn’t feasible for you to carry out your own cross-market comparison – which is why we’ve done the work for you. 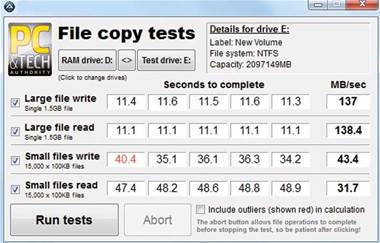 We then copy 15,000 small files onto the disk and back: this gives us an indication of how smoothly the drive handles intensive reading and writing, with lots of seeking and file-system overhead. Based on a combination of these results – which you’ll find in this article – we award each drive a score out of six stars for Performance.

We also take into account each drive’s design: some drives are functional and attractive, while others are bulky and ostentatious. To an extent this is a subjective judgment, but we also factor in practical matters, including the accessories, software and services that accompany each drive. On this basis we award each drive a score out of six for Features & Design.

We also award each drive a Value for Money score based partly on its cost, in terms of cents per gigabyte – which you’ll find detailed on p67. We also consider Performance and Features & Design, so high Value for Money scores may not necessarily be awarded to the cheapest drives.

The mean of these three scores is given as the Overall score for each drive. Note that we assess portable and desktop drives separately, so scores aren’t directly comparable between the two categories. 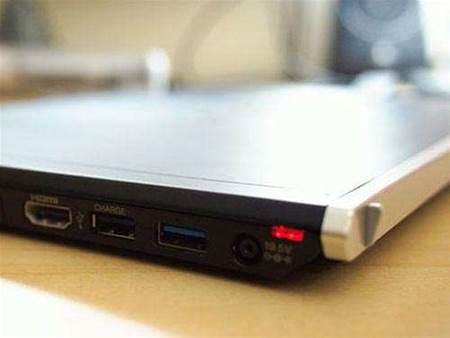 Apple has always loved to think differently, if only for the sake of protecting its ecosystem. Much as its decision to go with FireWire over USB back in the day caused a raft of confusion, so does the company’s decision to keep USB 2 ports on its systems and add Intel’s Thunderbolt technology instead.

What it means is that while the drives in this roundup will deliver fantastic speeds on most systems sold in the past year, they will chug along at USB 2 speed if you put them on a Mac. Thunderbolt, on the other hand, is awesome if you are attaching an external RAID array, but isn’t an effective means of shuffling data around. Plus the handful of devices announced so far are almost prohibitively expensive.

While we don’t expect to see Apple actively pushing USB 3, the underlying technology in the Mac range is defined by what Intel puts into its chipsets. Given this, we wouldn’t be surprised to find USB 3 eventually arriving on Macs around the time that Intel finally builds it into its chipsets.

So despite the naysaying and hyping-up of Thunderbolt, USB 3 is going to remain the primary means of external storage moving forward. The next revamp of the USB specification is due to concentrate on power delivery, which will be more of use to devices like Tablets and Printers than external storage.

USB 3 is here to stay, and will only grow in popularity as a means of external storage. The general take-home message is: don’t believe the hype. Thunderbolt is a long way from being commonplace, and the backwards compatibility of USB means that the install base of devices capable of plugging into a USB 3.0 port (even if not running at full speed) is immense. Compare this to the handful of high end devices sporting Thunderbolt and it is clear which technology will be more important moving forwards. 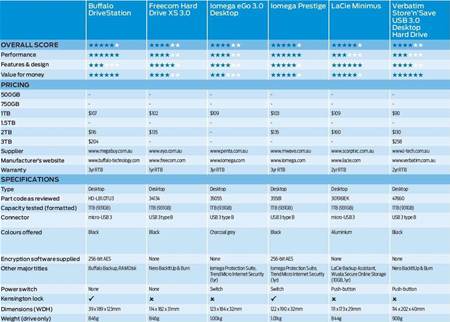 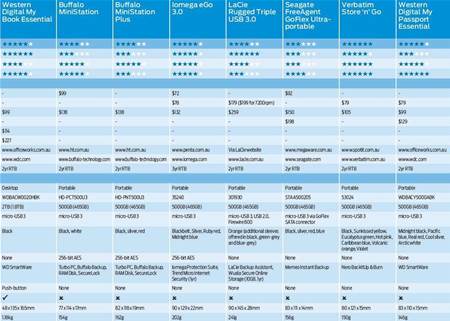 The figures in this graph show how each desktop drive performed in our real-world file-copy tests. This month, we’ve found large-file performance to be almost identical in both directions, so we’ve combined read and write speeds into a single figure.

For the small-file test, average speeds are given for both read and write performance (slower speeds represent write results). Our reviews of desktop drives focus on 1TB models (shown in blue), but we’ve also included results for other capacities where we were able to test these, plus results from a typical USB 2 desktop drive for comparison.

The figures in the graph above show how each portable drive performed in our real-world file-copy tests. This month, we’ve found large-file performance to be effectively identical in both directions, so we’ve combined read and write speeds into a single figure.

For the small-file test, average speeds are given for both read and write performance (slower speeds represent write results). Our reviews of portable drives focus on 500GB models (shown in blue), but we’ve also included results for other capacities where we were able to test these, plus results from a typical USB 2 portable drive for comparison. 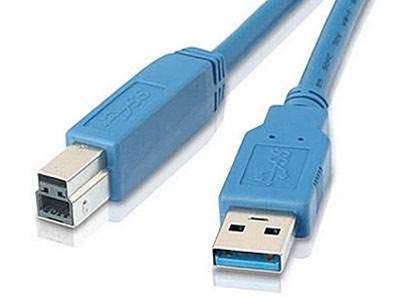 This month, we’ve focused on external drives in popular capacities: 500GB for portable drives and 1TB for desktop models. As our above graphs show, drives of the same capacity can perform quite differently – and the difference isn’t only between portable and desktop drives. In the portable pack, Iomega’s eGo is 30% faster than the Western Digital My Passport Essential, and LaCie’s premium Rugged drive is 10% faster again. (We give one figure for read/write performance as transfer speeds were identical in both directions.)

Fast sequential performance, however, doesn’t mean a drive will be speedy in all tasks. Our small-file tests stretch each drive’s controller and cache, and some models simply collapse. Among the portable drives, Seagate and Buffalo lagged some way behind the rest: in the desktop category it was Verbatim and Freecom that trailed, despite respectable performance in the large-file tests.

In our performance graphs we’ve also included scores from a few higher-capacity drives for comparison, as well as scores from a typical USB 2 model. It’s clear that even the slowest USB 3 drive will race ahead of a USB 2 model. We can also see that, for desktop drives, higher capacities tend to yield better performance – which is what we’d expect, as their greater data density means more data passes the internal read and write heads in a given period. This isn’t always the case for portable drives, however: we surmise that squeezing such high capacities into this small form factor involves performance compromises.

Finally, our table showing cost per gigabyte across the various drives and capacities (see below) indicates that larger drives are typically much better value than smaller ones – but with some caveats. In the portable market, 750GB drives are curiously expensive, and you can usually step up to a full terabyte model for only a few pounds more. In the case of the Seagate, you’ll actually pay less for the larger drive.

There’s also always a premium to pay for the highest capacities available. The 1.5TB portable drives offered by Seagate and Iomega are much more expensive, on a per-gigabyte basis, than 1TB models. In the desktop market, too, 3TB drives are less cost-effective than 2TB models, although here the gap isn’t so huge, and Buffalo’s 3TB DriveStation actually works out to be better value than the 1TB model.

View from the labs 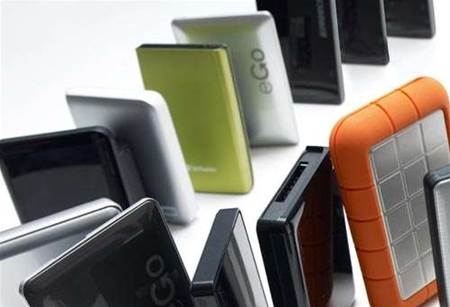 The USB hard disk has been with us for more than a decade, and it’s easy to see why. It’s the easiest way to add storage to a computer, and it lets you carry around hundreds of gigabytes of data in your pocket. Now, with USB 3, there isn’t even a need to sacrifice speed for convenience.

But is USB 3 too late? USB hard disks rose to popularity in an era when a typical PC came with an 80GB hard disk. Today, 500GB or even a terabyte is par for the course – enough to accommodate extensive libraries of music, photos and videos. So fewer of us are reliant on external drives for everyday storage.

USB drives also pre-date widespread home broadband and mobile internet access. Today, we can keep our data in the cloud and access it from anywhere. We no longer need to carry bits of hardware around to get at our files: hence innovations such as the Google Chromebook.

Yet as anyone who’s waited for an HD movie to download will attest, the internet isn’t yet ready to replace high-capacity local storage. Nor does it offer the peace of mind that comes from having your files in your physical possession, stored safely on a secondary volume. That’s particularly germane when it comes to backups: in an emergency, an external drive is likely to be your fastest and most reliable recourse.

So external drives still offer advantages over internal and cloud storage – and some of them make pretty desk ornaments, too. The day will come when writing files to a USB hard disk seems as quaint as recording them onto a tape cassette, but for now there’s no need to feel guilty about investing in a fast, attractive, affordable USB 3 drive.
Tags:
3 disks group hard hardware test usb
By Staff Writers
May 3 2012
7:40AM