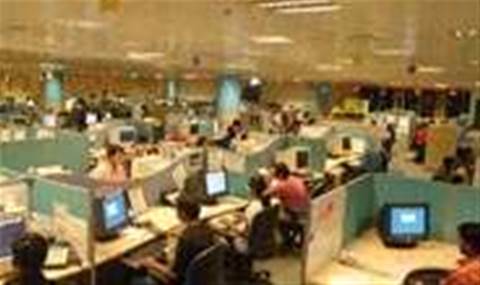 From scan-pens to a deluxe mesh ergonomic chair, these are the gadgets to put some fun back into going to work or uni.

If the sight of your three kilogram laptop or well-worn office chair is enough to give you the back-to-work or back-to-uni blues, here's a little something to cheer you up. Every year we scour our sources for gadgets and tech that make the working day a little more bearable. Some are little gadgets we find extremely useful, some are major upgrades. And if you've got an absolutely essential gadget for work or uni, we want to hear about it. Add your comment below, or add a comment on our Facebook page here.

The deluxe office chair
There's comfy office chairs, then there's "look like you're auditioning for Star Trek" chairs like this Deluxe Mesh Ergonomic Chair. We can personally vouch for this Aeron inspired throne - Editor Nic Healey has been road testing it for the last few months. You'll appreciate the headrest for when you lean back in a moment of deep thought. Currently on sale for $199.

The new smartphone
Business workers and students have a plethora of phones to choose from. We've had mixed reactions to Windows Phone 7 in our reviews. If Windows compatibility is a must, then our current pick of the handsets is HTC's HD7. It's a little more expensive than the Mozart or LG Optimus 7, but the beautiful design and 4.3in screen are impressive.

A Star Trek pen
We've been raving for more than a year now about versions of this little gizmo - the Livescribe Echo - which is a combo pen infra-red scanner and voice recorder. As you write notes in a meeting or lecture, you can choose to record audio at the same time. Miraculously, the two are synced, so you can go back later, and press the pen to a word, and hear what was being said at that moment. More shades of Star Trek here.

More space for work, and movies
A portable hard drive is essential, but this one has a difference. The Iomega eGo Portable Hard Drive 500GB is a USB 3.0 model, so if you've a compatible PC or laptop you'll be able to drag across files much quicker. This Iomega drive won our recent pocket drive group test.

The "ultimate" USB key
The arrival of USB 3.0 is also another reason to think about getting a new USB stick. You've probably got more of them than you know what to do with, but this Kingston Datatraveller Ultimate USB 3.0 is capable of 80MB/sec read speeds and 60MB/sec write. Kingston claims it will take a little over a minute to transfer a 1 hour and 44 minute movie.

Ditch the brick, sorry, Pentium laptop
Underpowered laptops are a personal bugbear of ours - from Celeron to low speed Pentiums, there's nothing quite like waiting 20 seconds for a new browser tab to open to know it's time to upgrade. Finding something that's under $1,000 though, is tricky. We given Samsung's Q330 our A-List award - it's not the most powerful machine you'll come across, but comes with Intel's Core i3 chip and 4GB RAM and can be found for less than $1,000.

The sub $500 laptop
If you're after something a little cheaper, there's a load of netbooks to choose from. We like Samsung's N210, but another cheap machine on our radar is Toshiba's NB550D, which packs AMD's new Fusion chip for better graphics performance. There's also a few extra features not always seen on systems below $500, like Harman/Kardon speakers, HDMI-out for watching movies to your big screen TV, and the Sleep-and-Music function.

A laser printer that won't chew through money
Brother received lots of praise in our annual Best Tech Awards. It's also a standout in our reviews, with the HL-4040CN achieving excellent print results and low running costs. Features include a single-pass colour engine, which means you shouldn't notice a big tradeoff in terms of speed for colour copies.

An app to get notes organised
People rave about Microsoft's OneNote - an app that goes way beyond Notepad, by giving you new ways to collect and organise research notes and lists. For a long time you needed a Windows phone to use it. We've been waiting for OneNote to appear on the iPhone, and now it is - Microsoft has made the app available as a free download from the Apple App Store. We don't know how long it will be free, so best hurry. [UPDATE: thanks to the alert reader who pointed out that OneNote is not on the Australian App Store yet.]

Something for those long plane flights
Ebook readers are marvels of technology. We've seen people poke and jab at the screen just to check it's a real electronic display. There's Border's Kobo, Sony's Reader and a bunch of other eBook readers, but we still prefer the Kindle for its battery life and other features. The 6in screen is even more portable than an iPad, and it's a cheaper too, if all you want is to read.

An alarm clock to get you there on time
Here's a retro-style iPod or iPhone alarm clock docking station. Omni-direction speakers on the Edifier IF200 Plus mean the days of waking up to the scratchy sounds of a badly tuned AM radio will be long gone.