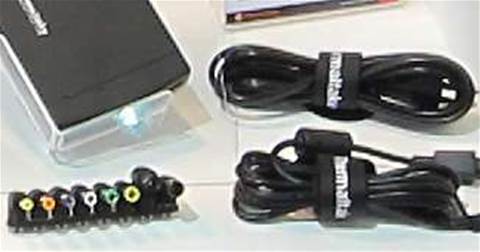 One of the most frustrating things about laptops is the myriad power supplies used. The IEEE and some manufacturers want to rectify this with a universal power brick design.

One of the major differences between desktop and laptop PCs is the degree of standardization involved. The desktop has evolved around open standards like ATX, which defines not only the physical dimensions of PC components, but also electrical standards. An ATX power supply for example will screw into certain mounting holes, have a maximum size and shape, and will take a standard 3-pin 'kettle cord' for incoming power. If it complies with these standards the PSU will be able to bolt into any manufacturer's ATX case.

We often take this ease of interoperability for granted, but while it works on the desktop, such standards are much rarer when it comes to laptops. Laptop design involves cramming a PC into a tiny chassis, which usually has its own thermal design and power distribution requirements. This has led to the somewhat bizarre situation where every manufacturer has its own laptop power supply design.

Some peripheral manufacturers like Coolermaster and Thermaltake have tried to end around this by creating unified notebook power adaptor kits. These come with multiple tips designed to plug into various different models of laptop. While this is an option for reducing the number of power bricks lying about it is pretty inelegant, and still requires you to carry and indentify the various tips for each model.

According to Taiwanese industry news site Digitimes these kinds of solutions may soon be superseded. It now appears that some of the major players in laptops are getting together to work on a standardized laptop power supply design. This includes the big branded players ASUS and Acer as well as the OEM manufacturers like Quanta and Compal, which are responsible for a lot of the non-brand name laptops available on the market.

Not only are these big players involved, but the IEEE (Institute of Electrical and Electronics Engineers) has created a team to work on the Power Supply standard. While it often takes years to arrive at an agreement, the IEEE's involvement will be key to getting manufacturers to adopt any standards that emerge.