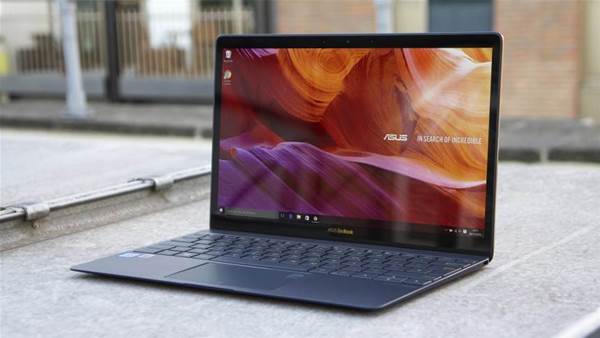 Looking for a Windows 10 laptop to rival Apple's latest ultraportable? The Asus ZenBook 3 may be just what you're after.

The Asus ZenBook laptop range has traditionally taken its inspiration from Apple and with the new ZenBook 3, that inspiration is pretty obviously the 12-inch MacBook.

As with previous models, Asus adds one or two distinctive flourishes, like the brushed swirl on its aluminium-alloy lid, but otherwise the ZenBook 3 is very similar to the MacBook.

There are minor differences though. Measuring 11.9mm deep, the ZenBook 3 is very slightly slimmer overall than the MacBook. At 910g it’s 10g lighter, too, and while the chassis is a very similar size, the overall shape is a little more stretched, to accommodate a 12.5in display with widescreen 16:9 aspect ratio (as distinct from the MacBook’s 16:10 panel).

While the ZenBook 3 outwardly resembles the MacBook, its internals are a bit more ambitious. In place of a Core m3 processor, Asus has gone for a latest generation (Kaby Lake) Core i5-7200U. It’s an impressive feat to see this chip crammed into such a tiny frame. There’s even a Core i7 option (for $2,699) for those with more demanding workloads. 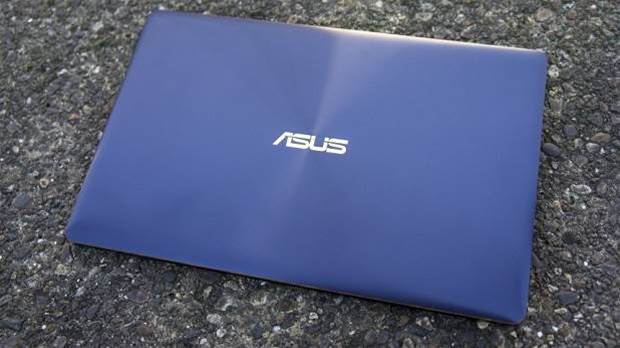 Partnering this, you get 8GB of RAM and a capacious 512GB SATA solid state drive as standard. This isn’t as speedy as the MacBook’s PCI-E storage, but it’s fast enough to keep everything feeling responsive.

It all adds up to a laptop that’s more capable than its scale would suggest. The Core i5 model achieved an overall score of 43 in our benchmarks, a big performance advantage over Apple’s Core m3-based MacBook, which managed only 24.

There’s even a moderate degree of graphical power on hand, thanks to Intel’s seventh-generation HD Graphics 620 graphics processor. You won’t be playing Doom with all the bells and whistles enabled on this little laptop, but an average of 52 frames per second in the GFXBench 1080p Manhattan benchmark indicates there's plenty of juice for casual games like Minecraft or The Sims. For comparison, the MacBook achieved only 31fps in the same test.

Before you get your wallet out, there are some points to be aware of. First, like the MacBook, the ZenBook’s only connector is a single USB Type-C port – a consequence, no doubt, of that super-thin design. A dangly adaptor is included in the box, allowing you to hook up USB-A, USB Type-C and HDMI cables, but without this, you can't connect a peripheral and charge the device at the same time. 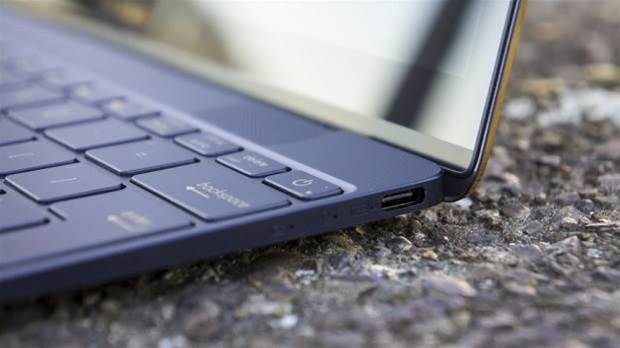 That could be an issue because battery life isn’t great. In our tests, the ZenBook 3 lasted 6hrs 52mins away from the mains, a long way behind the 10h 12m we got from the MacBook. That probably has a lot to do with the active internal cooling system demanded by the Core i5 processor: the MacBook’s Core m3 gets by with passive cooling.

The keyboard has nice big keys, with an impressive 0.8mm of travel, but we’re not fans of the yellow labels on our Royal Blue test unit, which to our eyes cheapen the overall design. It also has more give in the middle than we’re comfortable with, and lacks a positive clicking action.

We’ve a similar grumble about the trackpad. The glass-covered surface is a decent size, but the buttons at the bottom feel flimsy; again, the whole case bends when you press down on them. You can’t use the full area of the trackpad, either, thanks to the fingerprint reader weirdly located at its top-right corner. 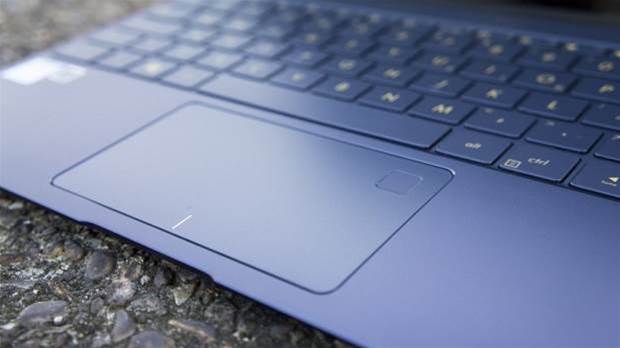 Finally, let’s talk about the screen on the Asus ZenBook 3. Mostly, the news here is good: we measured its peak brightness at 360cd/m², effectively on par with the MacBook’s 367cd/m², and the 1,000:1 contrast ratio gives superb solidity to text and pictures. Colour reproduction isn’t bad either, stretching to 85% of the sRGB colour gamut, although the MacBook is ahead on 92.6%.

Its resolution, however, is a bog-standard 1080p, giving the ZenBook 3 a pixel pitch of 176ppi – a lot lower than the 227ppi of the MacBook’s Retina display. As a result, it’s fair to say that the Asus ZenBook 3 doesn’t quite achieve the pristine smoothness of Apple’s screen. It’s by no means blocky, though. Unless you put the two laptops side by side you’re unlikely to find any cause for complaint.

We should also mention that this isn’t a touchscreen. That’s for the best, considering how light the whole thing is: try to prod the display and the entire chassis rocks backwards.

If you’re in the market for an ultraportable laptop you’ll no doubt already have eyed up the 12in MacBook – but you may well have been unsure whether the low-power processor will meet your needs, or indeed unsure about switching to macOS.

The ZenBook 3 makes a very interesting alternative. It’s just as compact and nearly as beautiful, it runs Windows, and it offers significantly better performance.

For sure, there are trade-offs. One of the MacBook’s killer features is its exceptional battery life, and the ZenBook 3's doesn’t come close. The keyboard and trackpad don’t have such a premium feel, and the single USB Type-C port feels like a missed opportunity too, even if you get an adapter in the box.

At $2,299, it’s pricier than an entry-level MacBook – but it’s $250 cheaper than the equivalent 512GB version of Apple’s ultraportable and it also includes Windows 10 Professional. So, if you’re not sold on the limited performance the Apple original and want to stay with Windows, the ZenBook 3 could be exactly what you’re looking for.