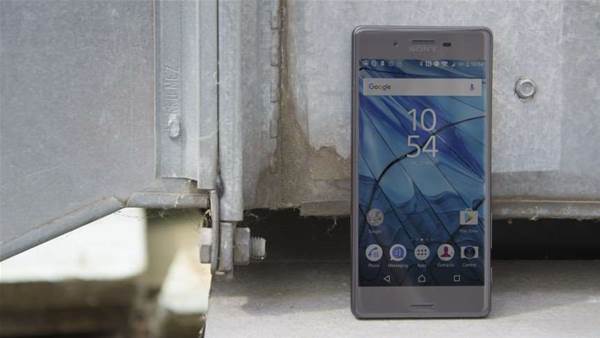 The Sony Xperia X isn’t up with the very best phones, but priced at least $300 less than premium models, it finds the right compromises.

Last week we reviewed the Xperia XA, the entry-level model in Sony’s new range of smartphones. Here we look at the flagship, the Xperia X.

Priced at $799, the Sony Xperia X is clearly aimed at the market just below premium models like the Apple iPhone 6s and the Samsung Galaxy S7 – so we should expect a good-quality phone but with some compromises.

And that’s exactly what you get with the Xperia X. It certainly looks the part, complete with its matte-finish metal rear panel, slab-like design and smoothly rounded-off edges on the glass panel at the front.

Crucially, though, it combines good looks with great build quality, thanks to the combination of the signature Xperia design flourishes and solid feel, it's far more premium-feeling than most mid-range phones, like the Nexus 5X.

The Xperia X also sports a fingerprint sensor, along with a NFC radio, allowing you to take advantage of Android Pay, which has just arrived in Australia. 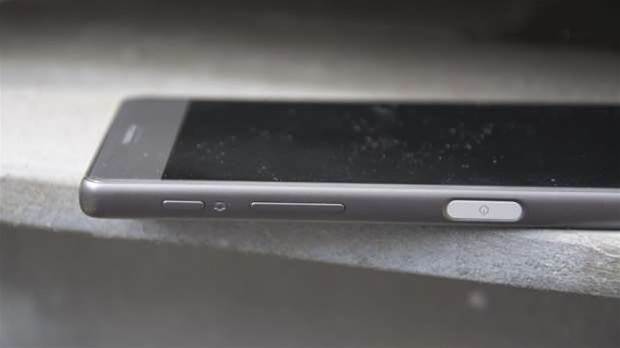 Yet one look at its specifications reveals where Sony has made its compromises. The Xperia X includes a 1.8GHz Qualcomm Snapdragon 650 processor, 3GB of RAM and 32GB of storage (with a microSD card available for expansion). That doesn’t compare favourably with the Nexus 5X, a phone which is more than $200 cheaper but which packs a superior Snapdragon 808 chip.

However, the Snapdragon 650 is a bit of a dark horse. It's a hexa-core unit with a 1.8GHz dual-core chip carrying out demanding tasks and a more power-efficient 1.4GHz part taking over when the phone isn't doing much. And with Android 6.0 Marshmallow at the helm, it feels more spritely than you might expect it to, with nippy transitions, menu animations and web page zooming and panning.

Moreover, in our benchmark results, the Xperia X performed at a similar level to the Nexus 5X, both in the processor and games tests. It was a touch behind Sony’s Xperia Z5 and the LG G5, however.

The Xperia X also has very good battery life, lasting 12 hours 4 minutes in our video rundown test – a solid 18% ahead of the Nexus 5X and even beating both the Xperia Z5 and G5. In addition, Sony's usual array of power efficiency tweaks helps it last an age in day-to-day use. We were able to get a day and a half or more in regular use.

The Sony Xperia X is a very pocketable phone. Part of that is due to its slim, light chassis, but it's mainly due to the 5-inch screen size.

That might not be ideal for those who’ve got used to larger screens, but there's no denying the Xperia X slips comfortably into a front jeans pocket.

The display is great quality, too. It has a resolution of 1080p, which is as much as anyone needs on any smartphone up to 6 inches in size. Don't let anyone tell you different. In our testing we also found the screen to be incredibly bright and its contrast ratio excellent, as is its coverage of sRGB colour gamut.

The camera, however, is a bit of a mixed bag. For the most part, it’s very good, with a 23-megapixel and 1/2.3in sensor (the same resolution as on its more illustrious stablemate Xperia Z5). The aperture is a reasonably bright f/2.0, and you also get phase detect autofocus for super-fast focussing.

The most significant addition in this model, however, is the new Predictive Hybrid Autofocus, which enables subject focus tracking in both stills and video capture mode. Tap on your subject and the Sony Xperia X will keep it in focus as it moves around the scene. That's the theory, at least. In practice, when we tested it, it worked patchily at best, locking onto a subject and tracking it initially, but losing the lock after a few seconds.

What worked better was the Xperia X's ‘Superior Auto’ mode, which analyses a scene for motion and adjusts the shutter speed accordingly. If it detects you're shooting a static scene, it'll use a slower shutter speed than if it detects motion, meaning more reliable shots more frequently.

In any case, the image quality is generally good, with detail capture among the best I've seen. In good light, the Xperia X picks out fine details with uncanny accuracy, and it's also fantastically good at balancing out extremes of light and dark in scenes, avoiding the dreaded blown-out highlights in most scenarios. That superior auto mode detects such scenes automatically and switches on its HDR mode, fixing the worst of the problems. 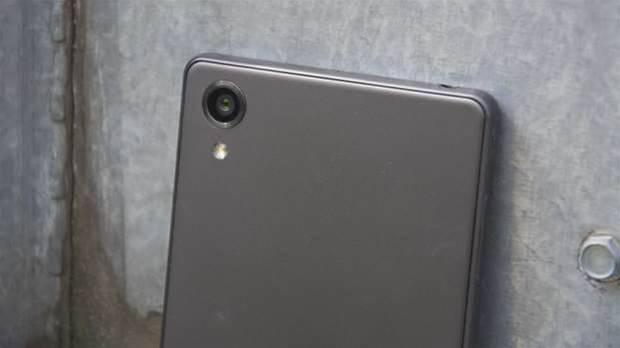 Where things start to go wrong is when the light isn't optimal. Examining a shot captured on a very overcast day closely reveals lots of noise and over-processing, which are evident in smeared blocks of colour and odd speckles around the edges of objects.

Still, if you like your selfies, the Xperia X is the phone for you. Its front-facing snapper has a 1/3in sensor, an f/2.0 aperture and it's capable of capturing some great quality images. It's just as good at balancing the dark and light parts of a tricky scene as the rear camera, but its greatest quality is its wide-angle lens, which means you won't have to stretch out your arm for those best-mates shots.

There’s a higher-end model coming to Sony’s new range, the $999 Xperia X Performance, which boasts a faster processor (Snapdragon 820) and larger battery – though whether that’s worth an extra $200 is a moot point.

As it is, the Sony Xperia X is a good smartphone, with lovely design, good battery life, decent performance, a great screen and (in some circumstances) an impressive set of cameras. And at $799, it’s reasonably priced compared to the LG G5 ($1,099) and Samsung Galaxy S7 ($1,149). The $579 Nexus 5X is still better value, although it’s not quite the looker the Xperia X is.

The Xperia X is available on contract from Vodafone starting at $62 per month – though that only includes 500MB of data, and the $70 plan with 3GB (plus an additional 1GB currently on special) is better value.