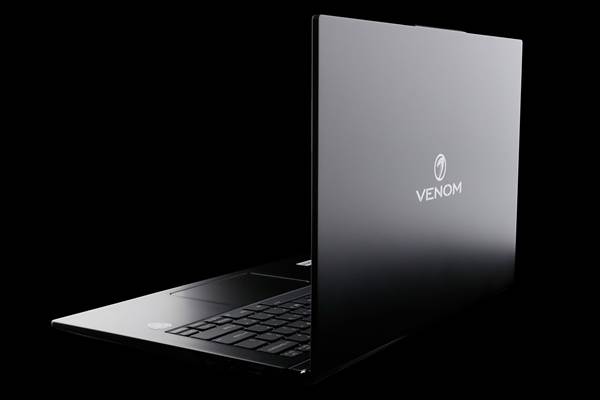 A computer that you can use for seven years before trading it in for $500? What's going on?

We recently published a guest post from Australian PC integrator, Jaan Turon, who wrote about the issues of e-waste and the technology industry. It bothered him so much that he started selling laptops that wouldn’t break. All good. The problem then manifested that repeat buyers were few and far between – but rather than being put off the brand, they just didn’t need to buy a new machine as theirs was still working. This is one reason why this is the first new Venom Blackbook Phantom on the market for four years. The last one, which was built for Office-grade computing, has been performing just fine in the interim. But if you thought that the new Zero 14 was going to have some built-in redundancy, you’d be wrong: Venom guarantees to pay you $500 trade-in for this Zero 14 in SEVEN YEARS’ TIME! So is it any good?

The black chassis looks monolithically cool with its sharp lines and matte finish. It also provides maximum contrast for the white Venom logo on the lid. The whole chassis is made from milled magnesium alloy and, subsequently, is very strong and very light. Indeed, the whole laptop weighs just 960g! Yet it’s MIL-STD-810G certified which means it will handle drops, extreme vibrations and dust better than casual laptops - just note it's spray resistant and not full-blown waterproof. 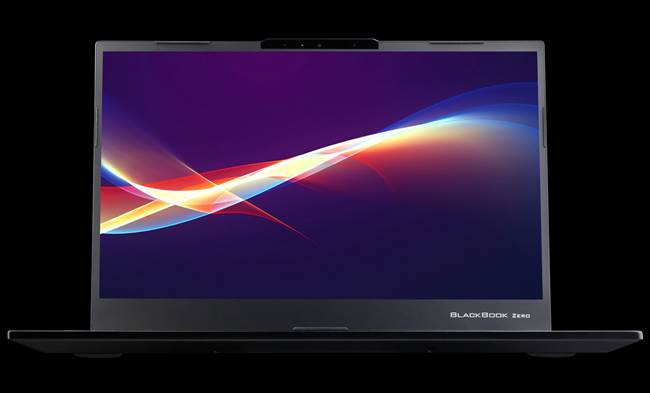 The Full HD screen has a Windows Hello-compatible, IR, HD webcam above it.
Newsletter Signup

The 14-inch, matte, Full HD screen is sharp and bright. A crisp, evenly lit desktop is displayed that’s perfect for office work. It displays multimedia content well enough with decent colours and respectable motion performance, but it’s not really for professional designers despite displaying 99 per cent of the sRGB colour space. Fast and frantic gamers will experience ghosting, but then you’d need to be playing ancient games in the first place as there’s no discreet GPU built in.

Indeed, the BlackBook Zero is an ultraportable range designed for business, productivity and office work. If you want more power and discreet graphics the BlackBook Pro range caters for Creators, CAD and gamers.

A Windows Hello, infra-red, HD webcam (above the screen) allows you to unlock the computer just by looking at it. Meanwhile the keyboard is one of the best on the market with its low-travel, touch-type, back-lit keys that don’t require much effort for even extended periods of typing. The trackpad is precise and comfortable to use too. 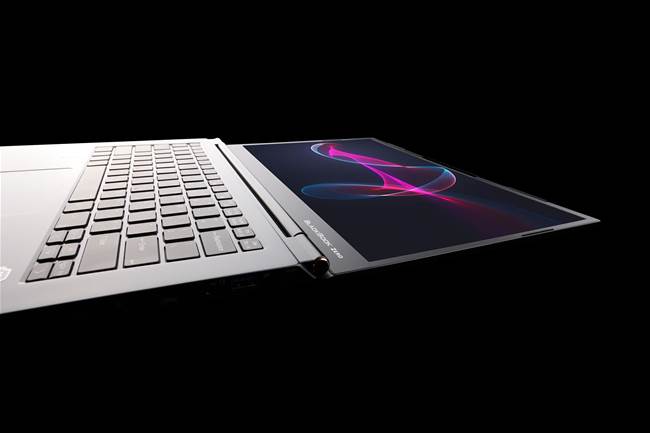 One of the very best keyboards in the business.

Don't expect much from the twin, 1W speakers, but at least they work despite not getting very loud and they're not the worst we've heard in a laptop. 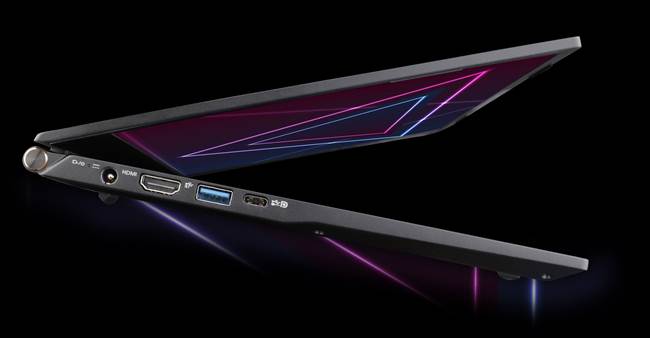 Being based around a low-powered processor means it was never going to blitz our benchmarks – it’s all about low power consumption. Nonetheless, the quad-core, 11-series Intel Core i7-1165G7 processor, along with 32GB of DDR4 3200 RAM plus two (count’em) 2TB PCIe Gen 4 hard drives conspired to score 4,910 in PCMark 10 which is a solid number for any laptop. We didn’t run our 3DMark tests as it will only play ancient and casual games with the embedded Intel Xe graphics.

At 960g its incredibly easy to carry around so it’s good that the magnesium alloy chassis will protect it while on the move. Meanwhile, Venom has squeezed a 72Wh battery inside and this ran the PCMark Modern Office battery test for an impressive twelve-and-three-quarter hours.

Venom also includes two of its small power packs so you can easily leave one plugged in at base while easily transporting the other along with the laptop.

The Venom isn’t unique in the market with the impressive Asus Expertbook B9450 offering similar dimensions and portability. Also, the impressive, MSI Prestige 14 is a great (if slightly heavier) option if you want discreet graphics. However, we don’t believe that many people will be using the same Asus or MSI model in seven years’ time and they certainly won’t get a $500 trade-in for it.

While our review sample was near the top-end of the Blackbook Zero 14 Phantom range at $4000 you can pick up a base model for $1999 which is more than enough for the office tasks its designed to perform. While it’s not the cheapest laptop, the value proposition is enormous owing to the longevity and trade-in, as such it’s our favourite ultraportable.