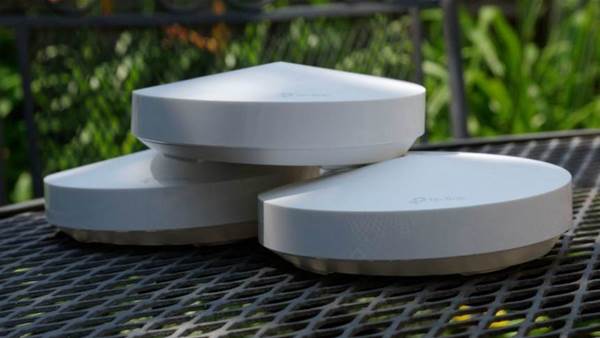 TP-Link has built a strong reputation for producing good wireless routers over the past few years, but with mesh networking gaining ground over traditional methods of strengthening Wi-Fi coverage in the home and small office, it’s had to change tack like its competitors.

The TP-Link Deco M5 is the company’s first mesh networking system. Like Google Wifi, Netgear Orbi and Linksys Velop, it aims to improve wireless coverage around your home or small office by using multiple routers to bounce the wireless signal from one to the other, covering former black spots.

The Deco M5 kit consists of three of these “nodes” and it works in largely the same way – by hanging off one of the Ethernet ports on your existing router and extending an existing wireless network. It can also replace your router if you have a separate broadband modem, though it may not have enough Ethernet ports for many homes or offices.

What's different about the TP-Link Deco M5 is that its comprehensive parental controls, bundled, network-level antivirus protection, and its price.

The TP-Link Deco M5 costs just $399 for a kit that includes three nodes. That’s better value than Google Wifi ($499 for a three-pack), Linksys Velop ($649 for a twin-pack) and Netgear Orbi (from $599 for twin-pack), although the latter two do offer some more advanced specs. 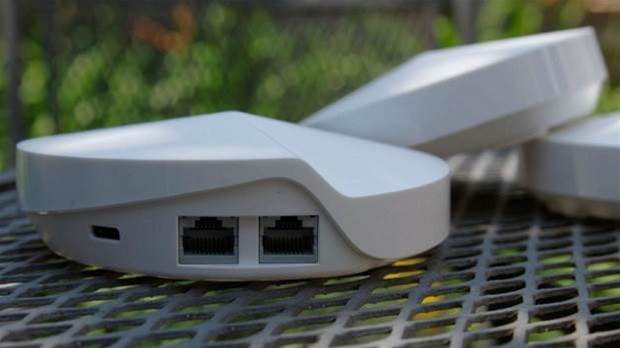 In terms of Wi-Fi, the Deco M5 occupies the middle ground. Like Google Wifi, it's a dual-band AC1300 system. Each device has four internal antennas and offers 2x2 MIMO connection for a maximum theoretical speed of 400Mbits/sec on the 2.4GHz band and 867Mbits/sec on the 5GHz band.

Unlike the Orbi, the Deco M5 doesn’t have a dedicated backhaul link, which means that throughput degrades as you get further down a chain of nodes.

Design, features and ease of use

All four of these new mesh systems are more attractive than your average wireless router – but the Deco M5 is the smallest of the lot, with a disc-like design measuring just 120mm in diameter and 38mm high.

Setup and general maintenance is carried out via the TP-link Deco smartphone app and ran smoothly when we set it up. As usual with mesh systems, it takes a few minutes per box, but we were ready to go in less than 20 minutes. That’s partly thanks to the fact that each of the nodes has embedded Bluetooth, so you don’t have to fuss around connecting to Wi-Fi or entering passwords every time you want to add a node to the network.

On the negative side, the system requires you to connect to the system via TP-Link’s cloud system before you can set it up, which has implications for security and privacy.

As for advanced software features, the Deco M5 is pretty basic compared with traditional wireless routers, but you get three years of antivirus coverage from Trend Micro and, since this is at the network level, it covers all your devices while they’re connected to your home network.

It also has effective profile- and category-based parental controls that allow you to block the websites by category, time accumulated and time of day, while allowing you to view the content you want to at the time you want to. It’s as good as Google Wifi in this.

The app also gives you customisable content-based quality of service controls, allowing you to prioritise certain types of traffic, such as “streaming” or “gaming”.

We installed the TP-Link Deco M5 in a  narrow Victorian terrace that spans three stories and has thick brick walls all over the place, and ran our usual close-range and long-range tests using the iperf3 application. 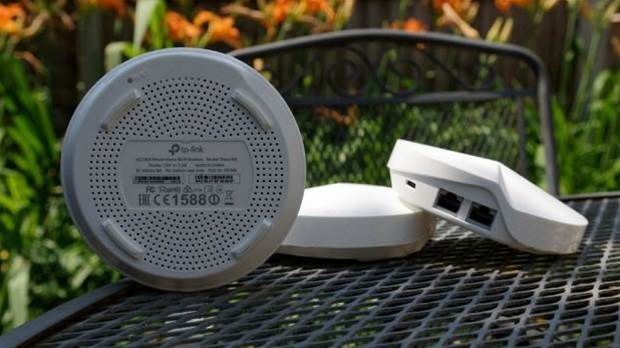 To get a feel for how far you can get from the node at the edge of your network, we tested the Deco M5 using a single node, and it produced pretty good results: 68MB/sec at close range and 2.8MB/sec at long range. Google Wifi did better, however, with 72.9MB/sec and 4.7MB/sec respectively.

The Deco M5 performed best in mesh configuration, however, reaching 33.7MB/sec over long range using two nodes. That compares to 27MB/sec achieved by both Google Wifi and Linksys’ Velop. And stretching the network further with three nodes, the Deco M5 managed a creditable 21.8MB/sec.

In short, the TP-Link Deco M5 is a worthy entry to the low end of the mesh networking market, and it includes network-based antivirus and excellent parental controls.

We prefer Google Wifi’s app and the way it can proactively change channels to improve wireless performance and avoid interference, and the Google system is faster using one node. But we found TP-Link’s offering was a better performer in mesh configuration, and at just $399 for three nodes, it’s great value.