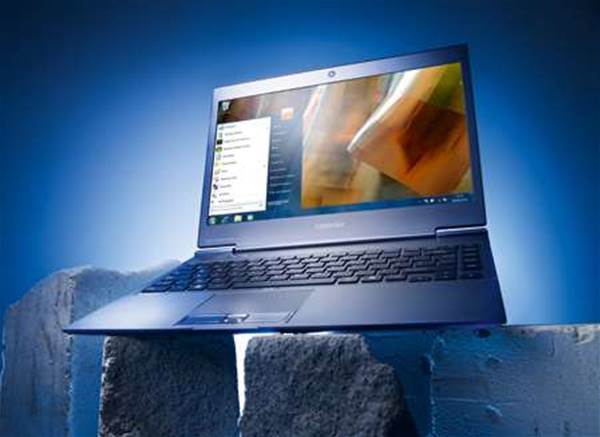 
Toshiba’s Portégé Z830 is the most business-friendly of the current Ultrabook crop. Surrounded by stunning rivals, Toshiba’s latest puts a more practical spin on proceedings.

That’s not to say this is a dull, pedestrian business laptop – far from it. Even compared to its most svelte rivals, the Portégé Z830 is stunningly slender; the millimetres-thick lid and chassis look like you could crack them in two just by looking at them.

Appearances can be deceptive, however. The Portégé Z830’s slim figure might earn it the crown of the lightest Ultrabook – it weighs in at only 1.09kg, and the power supply adds only 300g – but the build quality is far from flimsy.

Despite weighing 1.09kg, the Toshiba packs in more ports than any other Ultrabook
Newsletter Signup

The lid is more malleable than most – even light pressure sees the panel warp and flex – yet still feels taut enough to bounce back from the occasional knock on its travels. There’s no such give in the Toshiba’s base.

And, while other Ultrabooks trump it for raw, visual appeal, it crams a huge amount into its ultra-thin chassis. USB 3, an SD card reader, headphone and microphone sockets adorn its sides; its rear edge concealing two more USB 2 ports, Gigabit Ethernet and full-sized D-SUB and HDMI ports. Factor in the fingerprint reader and TPM 1.2 module, and there’s nothing amiss.

Its performance is more than competitive, too. As the top-of-the-range model, this Portégé Z830 has a 1.7GHz Core i5 processor, 4GB of RAM and a 128GB SSD – enough to put it among the frontrunners in this month’s Labs. With an overall result of 0.6 in our benchmarks, the Toshiba’s low-voltage processor is highly capable. It’s power efficient, too: the Toshiba lasted 8hrs 3mins in our light-use battery test.

The backlit keyboard and fingerprint reader make for a perfect business partner.

We may have had our doubts about the Z830’s keyboard – the layout looks cramped, and there’s barely any travel to each keystroke – but in use it’s perfectly serviceable. Even those with the largest hands should find it easy to reach a good touch-typing pace.

The touchpad drew the occasional criticism for being too small but it, too, is actually rather good. The two-fingered scrolling and zooming functions work well; the individual buttons respond with a crisp, light click; and the button beneath the spacebar toggles the touchpad on and off.

For anything other than business use, the display is a little disappointing. The matte, 1366 x 768 panel keeps reflections to a minimum, and the low resolution keeps text legible, even at a distance, but colour accuracy is poor, as is the panel’s contrast. The result is images that, despite the high brightness, look washed out and tainted with a blue tint. In tandem with the poor speakers, this isn’t an Ultrabook for the movie buff.

The final gripe comes courtesy of the Portégé Z830’s cooling fan, a recurring issue that we have found with previous, non-Ultrabook, models of Portégé . While inaudible in office conditions, it’s intrusive in a quiet living room, giving off an irritating buzz, even when doing barely anything at all.

Nevertheless, the Portégé Z830 is a great business laptop. Light, powerful and well-connected, we can’t think of another 1kg laptop that delivers quite so much.