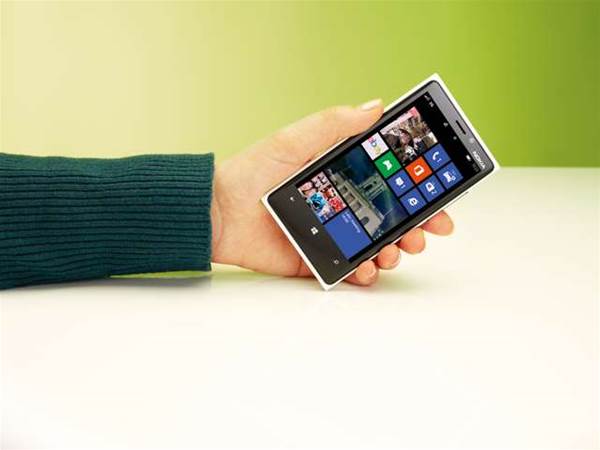 [This review was published as part of a comparison of 10 smartphones in the February 2013 issue of PC & Tech Authority. We've been covering Windows Phone for a while now, which is why we've decided to post this review here.] 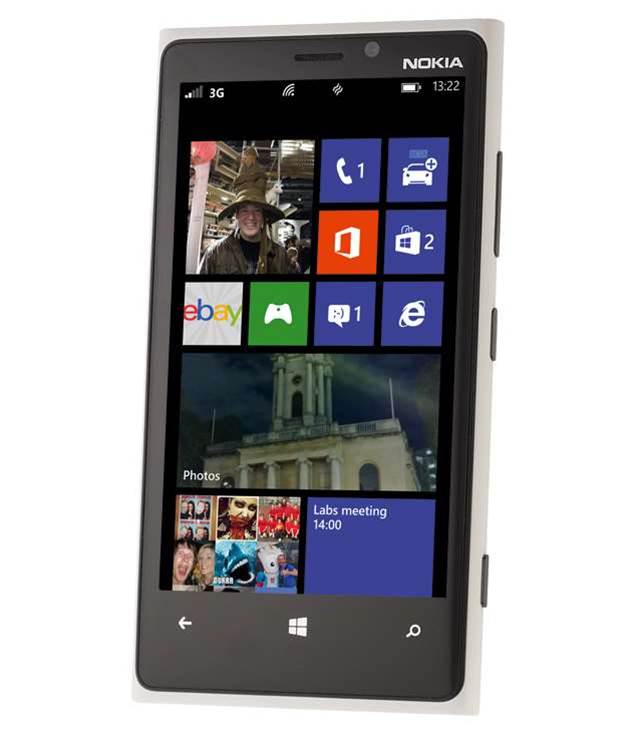 The Lumia 920 is a good-looking phone and feels strong; like the HTC One X, it’s milled from a single block of polycarbonate.
The curved back and chopped-off ends have a gloss finish, and it’s also available in black, grey, red and yellow.
Its 10.7mm girth and 185g weight make it noticeably bigger than its rivals. Samsung’s Galaxy S III is 8.6mm thick and weighs 133g, and the iPhone 5, with its smaller screen, weighs a mere 112g – that’s 39% lighter.
Camera and key apps
The Lumia 920’s camera is the first smartphone shooter with optical image stabilisation, and quality is excellent. Colours are accurate, detail almost matches the Galaxy S III’s shots, and low-light pictures are superb, with more colour and detail, and considerably less noise, than any other smartphone camera.
It’s paired with a good macro mode, and the stabilisation smoothed out any shaking in video, although it wasn’t noticeably better than the iPhone 5’s digital stabilisation system. The software is easy to use, with effects collected under the “Lenses” button.
Nokia has added several of its own apps. Nokia Maps is fast and accurate, and maps can be downloaded for free offline use.
The turn-by-turn satnav app, Drive, worked well, quickly calculating routes and alternative directions. It had problems at one roundabout, and its voice instructions were occasionally obtuse, but it’s generally good.
Screen
The IPS screen’s 768 x 1280 resolution and Retina-beating pixel density mean that Windows Phone 8 is crisp, and quality is great. The brightness and a contrast level make for superb vibrancy and colour accuracy.
The Lumia’s score in one of the performance benchmarks beat every other phone in this roundup. Slowdown was rare.
There is dual-band 802.11n wireless, Bluetooth, NFC, and 4G LTE support is included.
Battery life and price
The major disappointment, though, is the Lumia 920’s 2000mAh battery pack. When combined with the high-end processor and internal radios, the Lumia had only 40% of its capacity left after our 24-hour test, compared to the 60% of the Galaxy S III.
The outright pricing for the Lumia 920 is also a disappointment, coming in much higher than the Samsung Galaxy SIII and at the same level as the iPhone 5.
Conclusion
Given the uphill battle that Nokia and Microsoft still face in getting consumers to accept Windows Phone 8, this ends up as quite the sticking point, especially when there are better iOS and Android phones for cheaper.
We can’t criticise Windows Phone 8 itself, which is a slick, attractive OS. Assuming more apps appear, it could prove a genuine alternative to Android and iOS. The camera and Nokia’s apps are excellent, too.
However, the price and battery life prevent us from handing the Lumia 920 a higher rating.
Verdict
The Nokia Lumia 920 and Windows Phone 8 are a fine combo, but the bulky, battery-sapping Lumia 920 has too many issues to earn a recommendation. Read the review.
Performance
Battery Life
Feature & Design
Value for Money
Overall
Specs
$799 AUD
(pricing info)
Copyright © Alphr, Dennis Publishing
Tags:
920 battery hardware lumia nokia review
By Staff Writers
Feb 27 2013
3:53PM