The Nexus 7 reviewed: the gold standard for budget tablets 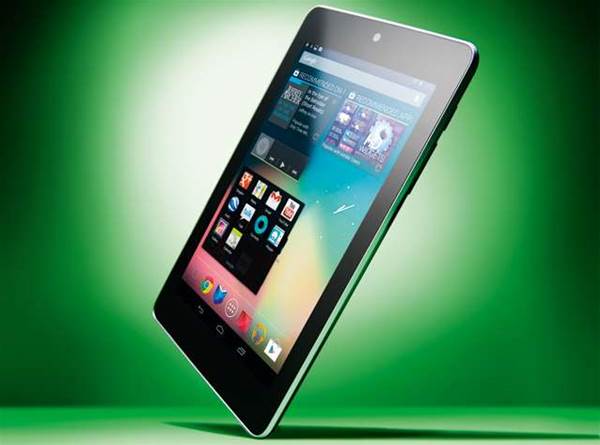 Much like Microsoft’s forthcoming Surface tablets, the Nexus 7 is an attempt to marry the company’s popular OS with the quality of hardware it deserves – and at the right price.

It isn’t technically a Google tablet. You won’t find the company’s name on the device at all. Instead, Google has co-opted an Asus tablet first seen at CES in January, reworked some aspects and come up with something it was happy with – although only Asus has its name on the device.
Whoever takes the credit, the Nexus 7 has attracted plenty of attention with its mouth-watering sub-$300 price tag. For that money, you get a narrow device with a 7in widescreen display, Android 4.1 (sometimes called "Jelly Bean"), and even a $25 voucher for the Android app store called Google Play.
Newsletter Signup

I have read and accept the privacy policy and terms and conditions and by submitting my email address I agree to receive the Business IT newsletter and receive special offers on behalf of Business IT, nextmedia and its valued partners. We will not share your details with third parties.
Little wonder 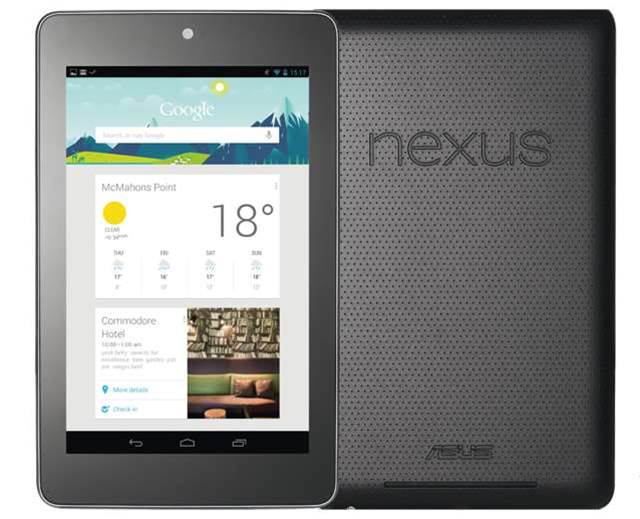 It’s immediately obvious that the Nexus 7 is a cut above most budget tablets. It’s just the right size and weight (340g) to fit in the hand, and its mottled rear panel feels soft on the palm. A speaker grille sits just below the Asus logo, with power and volume controls on the right edge, and headphone and micro-USB sockets on the bottom edge. It’s sparse, but its gentle curves mean that it feels far from cheap.
The screen is a 1280 x 800 IPS panel, making for a pixel density of 216ppi – not up there with the iPad, but higher than any smaller tablet we’ve seen. It’s pretty sharp and readable, and the wide aspect makes movie-watching a treat - so you know you can use this tablet for entertainment as well as work. We measured the maximum brightness at 330cd/m2 and the contrast at 1100:1. Our only complaint is that colours lack punch, with a washed-out look that’s noticeable next to more expensive tablets. The speaker on the rear delivers alright sound but you’ll want to keep your headphones to hand.
Inside, Asus has installed a quad-core 1.3GHz Tegra 3 chip and 1GB of RAM, so this is a blisteringly fast device. It scored very well in our speed tests – as fast as tablets at twice the price. It effortlessly ran every app we threw at it, including the intensive Shadowgun and the oddly demanding Angry Birds Space, and everything about the OS feels smooth and responsive in a way that Android just hasn’t managed until now – the advancements in Android 4.1 have clearly smoothed out many aspects. It did get slightly hot after prolonged gaming, but never dangerously so; we measured the back at 42°C.
With all that power crammed into such a small device, battery life is hugely important. Asus has squeezed in a non-removable 4325mAh battery, and the Nexus 7 ran dry after 8hrs 48mins of running a video on loop at half brightness with Wi-Fi disabled. This result isn’t anywhere near the best in its field, but it’s perfectly acceptable for a travelling device.
There are only three areas in which the budget obviously shows. First, there’s no camera on the rear, leaving you with an average 1.2-megapixel front-facing camera. Second, although it’s advanced enough to include NFC (which could potentially be used for cashless payments), there’s no 3G option.
Finally, there’s the issue of storage: the Nexus 7 is available in 8GB ($249) and 16GB ($299) flavours, with no card slots to add to that. Even with its modest price, we’d be reluctant to buy the cheaper model – you might find you fill that 8GB in no time at all if you're adding movies to watch while travelling.
Magic Jelly Bean

You unlock the Nexus 7 by swiping in any direction on the lockscreen (except upwards, which we’ll come to later), and instead of the kind of reskins we’ve come to expect from HTC and Samsung, this is as clean as Android gets. There’s a main homepage for media content, with tiles for books, albums and movies. Everything can be moved and resized at will; if you don’t like the full-width recommendation tiles, just drag on them to make them smaller.
As with the earlier version of Android (called "Ice Cream Sandwich"), there are three main controls at the bottom of every screen – back, home and recent apps – and an iOS-style row of favourite apps above that. The excellent Google Chrome browser is loaded as standard – although manufacturers can stick to the old Android browser if they wish – and alongside quick shortcuts for various types of media, there’s now also a useful expandable folder for your favourite apps.
One major new feature added to Android 4.1 is Google Now, which you access by swiping up to unlock – or, indeed, by swiping up from the Home button on any screen. It brings up a nicely contrasting white screen made up of cards. Initially, you’ll have the local weather, but Google Now can add flight details near an airport, train times near a station, information about nearby museums, pubs and restaurants, meeting appointments, and so on. Better still, its voice search works quickly and accurately in our experience. It’s like a cross between Siri and one of the many location-aware activity apps, with one key failing: with no 3G, it’s largely useless if you want to use it while you’re out and about.
The rest of the Nexus 7 experience is provided largely via Google Play, as this is very much a content consumption device in the mould of the Kindle Fire. As we’ve already said, watching rented movies is enjoyable with a good set of headphones, and games run fine – it almost feels like a portable games console given its dimensions. We’re slightly less enamoured with the reading experience, but perhaps that’s just by comparison with the sharpness of the new iPad. Books sport large text and a nice page-turn animation, and they’re perfectly readable, so for all but the longest journeys, we’d consider leaving the Kindle at home.
The verdict
The Nexus 7 isn’t a budget tablet in anything but price. It’s fast, has a perfectly good screen, and it’s built to a quality that we’ve rarely seen with such an inexpensive device. Android’s Jelly Bean update brings its own advancements, and for the first time, we can look at an Android tablet as a whole package and confidently say it all works. The fact that we can say that about a $249 device is nothing short of remarkable.
For the sofa, there’s no doubt that an iPad remains a far more comfortable size, with a screen that’s better suited to web browsing and reading text. However, Google’s little beauty easily has the edge as a travelling companion. It’s the perfect size to hold in one hand, and Google Play’s books and movies make it great for flights and hotel rooms.
Despite a few minor flaws, the Nexus 7 redefines what we should expect from a budget tablet.
Verdict
Powerful, well built and sporting a better screen than you’d expect for its modest price. The Nexus 7 sets the new gold standard for budget tablets. Read the review.
Performance
Features & Design
Value for Money
Overall
Specs
8GB $249 AUD
16GB $299 AUD
(pricing info)
Copyright © Alphr, Dennis Publishing
Tags:
7 asus google hardware nexus review tablet
By David Bayon
Oct 5 2012
4:34PM