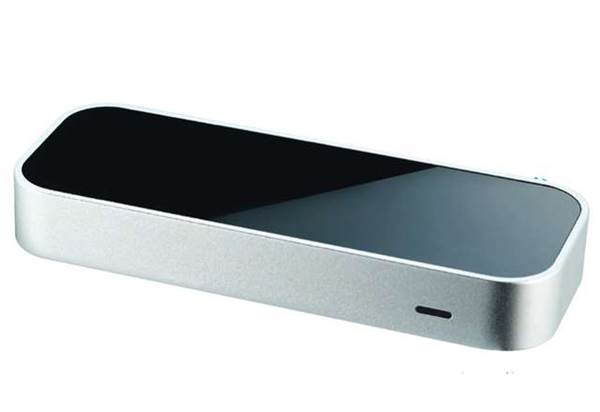 Few products have generated as much hype as the Leap Motion gesture controller; none have so miserably failed to live up to their billing.
In theory, the Leap Motion Controller allows you to navigate your desktop via natural pointing gestures, and to select items on the screen by poking towards them. In our tests, on a variety of laptop and desktop PCs, we did indeed find it just about possible to scroll through the Windows 8 Start screen by gesture alone.
Newsletter Signup

I have read and accept the privacy policy and terms and conditions and by submitting my email address I agree to receive the Business IT newsletter and receive special offers on behalf of Business IT, nextmedia and its valued partners. We will not share your details with third parties.
Even with a steady hand, however, we found the onscreen pointer often wobbled uncontrollably, while at other times it was impossible to target items at the edges of the screen, or to locate the pointer at all.
Another big problem was selecting items. The Leap Motion sensing area is divided into two zones: the “hover zone”, away from the monitor, where the device recognises gestures, and the “touch zone”, which detects the equivalent of left mouse clicks. The invisible dividing line between these two zones is directly above the sensor, but we found we had to dangle a finger in the touch zone for a good couple of seconds for a “click” to be recognised. Trying to accurately select a small item – such as a link on a web page, for example – borders on the impossible.
In part, the problem is that the Leap Motion Controller is a rudimentary device. Whereas Microsoft’s Kinect uses a combination of RGB camera, depth sensor and motorised pivot, Leap Motion relies on two cameras and three infrared LEDs inside a static 3in box.
Even if the hardware worked perfectly, the sheer arm-aching awkwardness of navigating your PC by gesture would still kill the idea. We’ve just about grown accustomed to swiping laptop screens, but dangling your arm in mid-air to select items and scroll through menus is tiring. Also, with no Kinect-like option to switch off tracking with a voice command, we often found ourselves accidentally activating the Leap Motion when we went to pick up the phone, for instance.
In short, we could find nothing to do with the Leap Motion that we couldn’t do more accurately, more conveniently and more comfortably with a mouse and keyboard. On the plus side, at least it isn’t big enough to break the pane when the moment inevitably arrives to throw it out of the window.
Verdict
Few products have generated as much hype as the Leap Motion gesture controller; none have so miserably failed to live up to their billing.
Overall
Specs
$129.95 AUD
(pricing info)
Copyright © PC Pro, Dennis Publishing
Copyright © PC Authority, nextmedia
Tags:
hardware leap motion review
By Barry Collins
Dec 3 2013
11:45AM