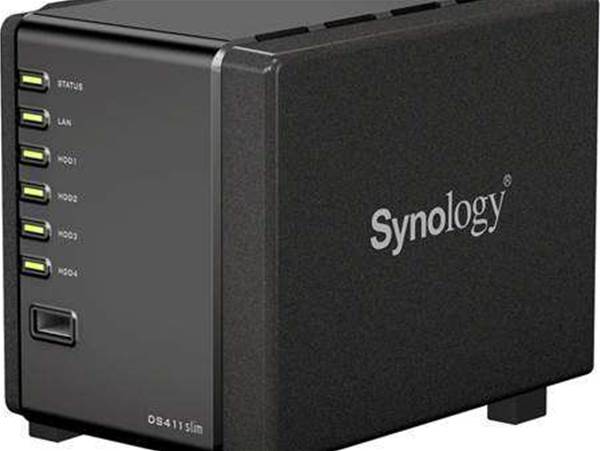 When we first set eyes on Synology’s DS411 Slim at Computex this year we were instantly impressed. Designed to use 2.5in hard drives it is a tiny unit, one that makes every other NAS we have encountered look overly bulky.

But then those silly notions of practicality kicked in and the downsides took over our thinking - in all our years of testing NAS units, physical size has never been the issue, and the ultimate problem in our minds is that the tradeoff for such a small footprint is greatly limited storage space.

2.5in drives will currently be limiting you to 4TB of total storage, and that involves filling it with the largest capacity drives out there at the moment. You’ll also be paying for the privilege - at the time of writing a 2.5in 1TB Western Digital Red NAS drive was around the same price as a 2TB 3.5in one.

According to Synology, the advantages of using 2.5in drives are reduced cooling and power consumption. Of course, power consumption savings go out the window when you factor in the higher price of drives, and the cooling factor is a moderate issue at best.

There is nothing inherently wrong with the DS411 Slim, it uses Synology’s excellent DSM operating system, which enables it to perform all sorts of home server functions, from file serving through to backup and running third party plugins like Apache and other common server packages. It also sports dual LAN ports and two USB 3 ports. It isn’t the best solution if you need heavy transcoding of video (you’ll need one with a beefier CPU for that), but it can hold its own against anything else in the price range.

But ultimately its usefulness comes down to a very tiny niche - one in which you are space limited but still want the benefits of a fully fledged NAS over a standard network hard drive (which will deliver 4TB of storage in a similar sized package).

Reduced cooling (and hence noise) is nice, but it only really comes into play when the NAS is in a confined space. This is one of those products that will be the perfect solution for some, but largely inappropriate for the masses.

Verdict
The Synology DS411 Slim is one of those products that will be the perfect solution for some, but largely inappropriate for the masses.
Performance
Features & Design
Value for Money
Overall
Specs
$349 AUD
(pricing info)
Copyright © PC & Tech Authority. All rights reserved.
Tags:
ds411 hardware nas review synology
By John Gillooly
Nov 14 2014
6:04PM