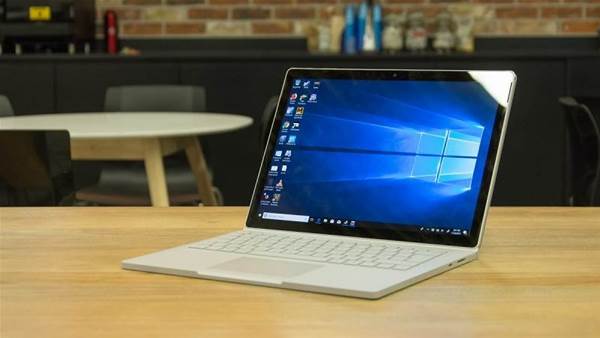 Microsoft’s latest hybrid laptop isn’t cheap, but it is the most versatile laptop available.

The Surface Book was an odd fish in a sea of 2-in-1 Surface wannabes. It was Microsoft’s first attempt at building a proper laptop and it was good if a tad expensive. Now that the Surface Laptop is here, you might have forgiven Microsoft for conveniently shelving its ambitious detachable and focusing solely on a device with more mass market appeal, but not a bit of it: the Surface Book is back for another bite of the do-everything laptop cherry and it’s just as mad and expensive as before.

So what’s new, exactly? Ironically, it’s the new 15in version that’s most interesting and that’s the version we don’t have. We’re not sure when, or if, that model will be available in Australia.

And for the 13.5in model on review here it doesn’t look like Microsoft has gone to town. A quick inspection of the 13.5in Surface Book 2’s external surfaces reveals a USB Type-C port has replaced the Book’s mini-DisplayPort socket on the right edge of the keyboard base but in every other respect it looks the same as the original Surface Book.

Which is a surprise, because although there are many things we loved about the Surface Book, there were some that we didn’t.

That segmented “fulcrum” hinge is still there and it’s still a little bit wobbly when you open the lid. The slightly rubbery strips on the laptop’s underside still don’t grip smooth surfaces particularly well and the whole thing feels a little bulky and heavy compared to the best 13in ultraportables we’ve used. It’s a substantial 23mm thick at the hinge when closed and the Core i7 version with the extra discrete graphics chip (the one Microsoft sent for this review) weighs 1.64kg. The MacBook Pro 13in is 15mm thick and weighs 1.37kg. 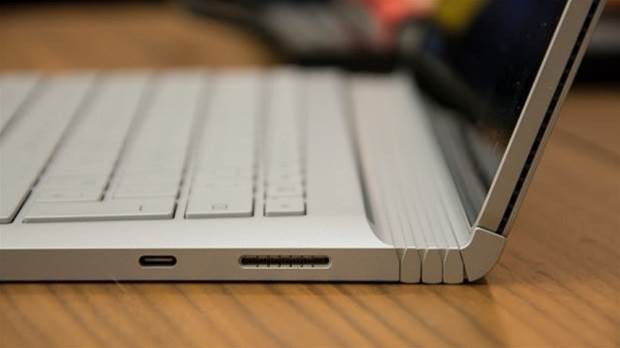 Still, 1.64kg isn’t all that bad for a laptop this flexible and powerful. And, boy, is this thing versatile –more so than its namesake, the 2017 Surface Pro. The Book’s rigid keyboard base gives you a more solid platform to work on your lap and Microsoft has also squeezed in a second battery to complement the one in the tablet, a move that – as long as you stick to the integrated Intel HD Graphics 620 and resist the urge to game with the Nvidia GTX 1050 chip enabled – delivers all-day battery life.

The keyboard itself is great with plenty of travel and just the right amount of feedback, and the touchpad is large enough that it makes Windows 10’s gestures comfortable to complete without feeling too cramped. It’s lovely and smooth under the finger as well.

And if all you want to do is browse the web, take notes or sketch, the screen can be disengaged from the keyboard base with a simple dab of the eject button at the top right of the keyboard. Wait for a second or two and the electromechanically activated clamps holding the two parts together release and you’ll be able to lift the screen away. It’s a clever system that ensures the two parts mate together perfectly every time you put the two halves back together while providing a vice-like grip in laptop mode that doesn’t let go even if you pick up the machine by the screen.

Plus, with Surface Pen and Dial support, the only thing separating the Surface Book 2 from the Surface Pro is the lack of kickstand. But you can replicate even that capability with the Surface Book if you really want: simply dock the screen backwards and use the base as a stand. With Xbox One wireless controller compatibility this is a nice mode to kick back and play a quick session of Forza Motorsport 7 on.

Connectivity-wise, the Surface Book 2 is an impressive beast. Anyone frustrated by the seemingly inexorable move towards USB-Type C only connections on rivals will be very happy to see a pair of full-size USB Type-A 3.1 ports on the left edge of the keyboard base, complemented by photographer-friendly SD card slot. On the right edge of the keyboard base is Microsoft’s proprietary slot-shaped power connector and that USB Type-C port, which by the way can also be used to charge and output video to an external display simultaneously.

As for wireless, you get the usual 2x2 MIMO 802.11ac Wi-Fi and Bluetooth 4.2, plus there’s a 5-megapixel front-facing Windows Hello-compatible camera above the display, which can be used to unlock the laptop with your face, and an 8-megapixel camera at the rear. Both can also shoot 1080p video.

The “PixelSense” displays adorning Microsoft’s Surface line of products have been great for a while now and the Surface Book 2’s is no different. It’s an absolute triumph in terms of its resolution, its usability and its performance. The 3:2 aspect ratio means displaying two applications side-by-side a more comfortable experience than on squatter, 16:9 displays. The resolution of 3,000 x 2,000 pixels means everything looks absolutely pin sharp, and the performance of this IPS-based panel is spot on. 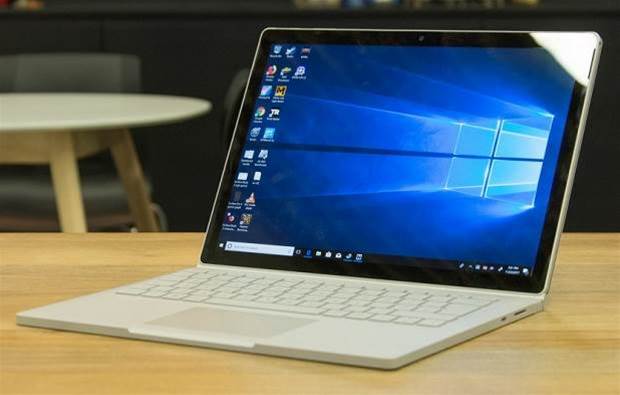 Peak brightness hit 462cd/m2 in testing, so it’ll be readable in most conditions, it covers the 96.6% of the sRGB colour gamut out of the box with no adjustment required, and colour accuracy is very impressive. If you’re planning on buying a laptop to carry out professional grade photo editing on, the Surface Book 2 won’t let you down.

Next: Performance, battery life and verdict