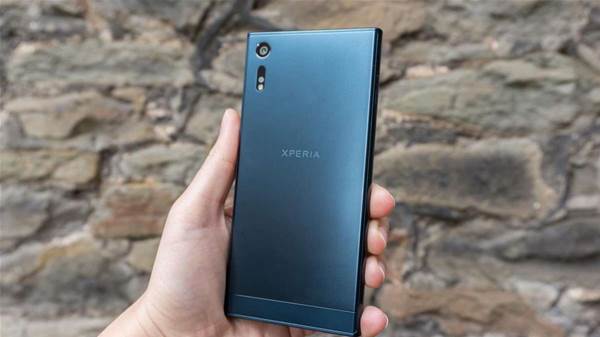 The Sony Xperia XZ features a number of improvements over the Xperia Z5, but is it enough to take on the likes of the Samsung Galaxy S7?

After releasing the Xperia X and XA earlier this year to a largely lukewarm reception, Sony has attempted to liven things up with the Xperia XZ – a phone that some might say is the first handset to truly bring Sony's full firepower to bear this year.

So where does the Xperia XZ sit in Sony's smartphone lineup? That's easy: right at the top. It’s the follow up to the excellent Sony Xperia Z5, and it carries with it all of Sony's hopes and dreams for mobile domination.

The Xperia isn’t dramatically different-looking Sony phone. It’s still unashamedly slab-sided and rectangular, and that's a good thing, because we rather like it.

A Sony Xperia phone looks just like you'd expect a phone to look except it’s gone through the pleasing design process of Japanese minimalism, stripping back superfluous design elements, creating a device that's clean and feels wonderful in hand.

In terms of dimensions, the Xperia XZ is identical to the Xperia Z5 bar an extra 0.8mm in thickness and 7g in weight. It measures 72 x 8.1 x 146mm (WDH) and weighs 161g phone which puts it in the same general area as the Samsung Galaxy S7.

One reason the XZ feels so great to hold and use is thanks to the slightly curved glass edges found on its front panel. Your thumb glides effortlessly over the screen and the XZ's lacquered metal sides provide a comfortable level of grip and warmth many other metal-body phones simply don't offer.

Sony also ditches the glass back of the Xperia Z range in favour of an all-metal one which, on the “Forest Blue” model we reviewed, looks rather appealing, although we can imagine it looking a little more garish in Platinum.

Sony has kept the recessed, side-mounted power-button-cum-fingerprint reader from the Z5, too, and it’s IP68 rated, just like the Xperia Z5, meaning it’s fully dust-resistant and waterproof to a depth of 1.5m for 30 minutes. 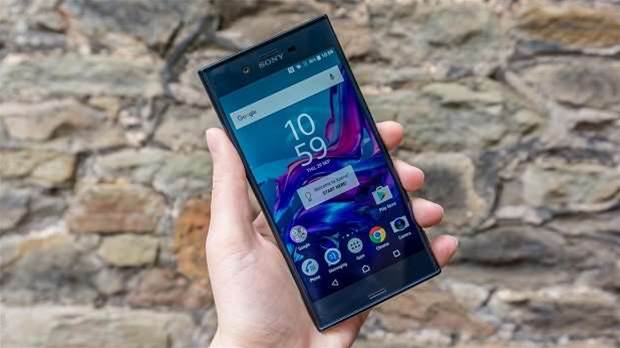 In fact, the only design flaw we can think of is that Sony still hasn’t rectified the problem with its volume rocker position. Since transforming the power button into a fingerprint reader, Sony has stubbornly refused to move the volume buttons – low on the right side of the phone – and they're just as uncomfortable to use as on the Xperia Z5 and Z5 Compact.

On paper, the Xperia XZ’s 5.2in Full HD IPS display is no different to that found in the Xperia Z5. Both are 5.2in, 1,080 x 1,920 resolution panels, augmented by Sony's X-Reality Engine and Triluminos display technologies.

Somehow, though, the XZ's display looks and feels more vibrant and alive, even with X-Reality for Mobile switched off. Both phones cover 99% of the sRGB colour space, but colours on the XZ take on more of a glow and look richer. It’s clear that Sony has made some incremental improvements to the XZ, upping its contrast ratio to 1,365:1, which is a direct consequence of a deeper black level of 0.45cd/m2.

Some may bemoan the lack of a higher-resolution screen, hoping that Sony would put its display prowess into practice and develop a 1440p or 4K device, but on a 5.2in screen 1080p is more than enough.

As a new flagship device, it should come as no surprise that at the heart of the Sony Xperia XZ is a Qualcomm’s latest high-end processor, the Snapdragon 820, and here it’s backed up by 3GB of RAM.

The new chip largely pays dividends, with the XZ outperforming the Xperia Z5, Samsung Galaxy S7 and Google Nexus 6P in our multi-core processing benchmark test (Geekbench 4). It fell back on the single-core test, however.

For those into mobile games, the XZ also performed very well in our GFXBench GL Manhattan 3 benchmark.

As for other specifications, the XZ comes with 32GB of internal storage, a microSD slot for additional storage, a USB Type-C connector and Quick Charge 3 fast charge support. Unfortunately, it comes with Android 6.0.1 (Marshmallow) for now, and not the latest Android N found on the Google Pixel. Hopefully, Sony and Telstra won't be too tardy with an upgrade.

On paper, the XZ’s camera appears to be much the same camera as the Xperia Z5, with 23-megapixel resolution, f/2 aperture and 1/2.3in sensor.

However, the XZ's rear snapper is different: it now has laser autofocus (in addition to its hybrid phase detect system) and an ‘RGBC-IR’ sensor that should be able to assess the white balance of a scene more accurately and render more realistic colours. Alongside these added sensors, the camera will launch and capture within 0.6 seconds and with ISO sensitivities of up to 12,800.

In our tests, the camera app certainly does launch quickly and allows you to take photos near instantaneously, but it's hard to say if it's exactly 0.6 seconds – all you need to know is that it's quick.

Comparing photos with the Samsung Galaxy S7 – which is the best camera available on any smartphone today – it’s clear to see that Sony's snapper is more than capable of taking great photos. However, it's not quite best in the business. In good light, images look vibrant and crisp, and colours well-balanced and true to life, although the S7’s images are a little crisper and more detailed.

In low-light, the difference between the two widens. Despite the extra resolution, fine details are obscured by noise and over-processing – a problem we've seen with Sony's smartphone cameras before. Still, you have to zoom in pretty close to see the differences, and we were largely very pleased with the results. This smartphone has an excellent camera; it’s just not quite as good as the best.

Not to be outdone by the competition, Sony has also included a ridiculously high-resolution 1/3in 13-megapixel sensor in its front-facing selfie camera. Not only does this share the same bright f/2.0 aperture as the rear camera, but it's also capable of HDR and 1080p video to help capture all your narcissistic moments.

As you can imagine, it’s one of the best front-facing cameras available on a smartphone with images that come out clear and super-crisp. It lacks the same object tracking, laser autofocus and colour sensor of the rear camera, but chances are you won’t be trying to take award-winning shots with your front snapper anyway. 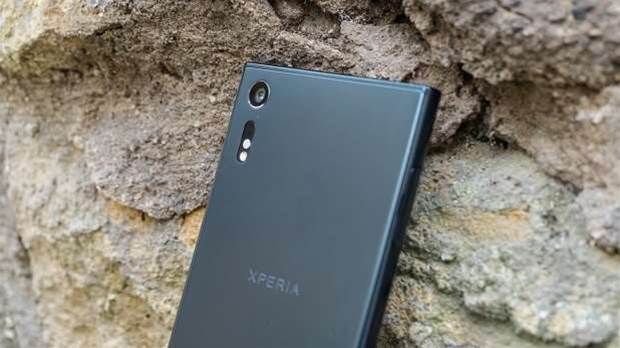 Sony has also introduced a rather handy, if somewhat gimmicky, feature for taking selfies. If you strain your eyes or fumble about trying to shift your grip to press the capture button when taking a selfie, Sony's new palm detect feature is a godsend. Simply show your hand to the camera and it'll initiate a timer so you can easily snap photos without fumbling.

One of the biggest strengths of Sony's smartphones in recent times has been good battery life. With the Xperia Z5’s battery-saving features turned on, you can easily get well over a day's worth of use from one before charging becomes an issue. The same can be said of the Xperia XZ.

In day-to-day use over the course of a few days, we found the battery typically lasted a full day and only dropped to that anxiety inducing, sub-10% level once after a particularly heavy day. In our battery test, which runs a video in aeroplane mode with the phone's brightness set to medium, the Xperia XZ dished out 14 hours 32 minutes of battery life – three hours more than the Xperia Z5.

Much of this extra battery life comes from the efficiency improvements found in the Snapdragon 820 over the Snapdragon 810, but Sony says it has also worked a bit of magic behind the scenes to improve battery longevity.

First up is its intelligent charging system that learns your habits and charges your phone appropriately. For instance, it won't push the phone up to 100% until right before you generally tend to start using your phone in the day. It also closes down inactive background apps that tend to get left open and forgotten about, saving you slithers of battery life, processing power and storage space in the process. 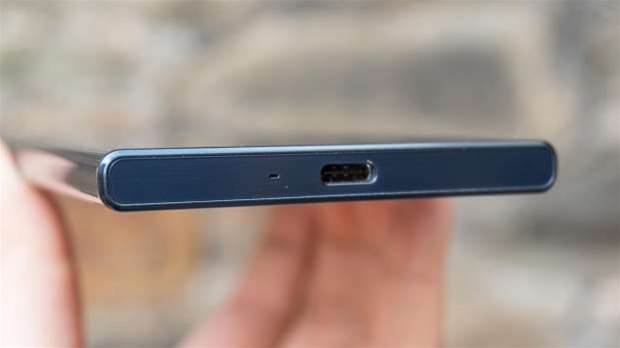 During our time with the XZ we didn’t really notice either of these processes going on in the background. Sometimes the phone would stop charging once it reached around 90% – presumably because it thought we weren’t using it – but as soon as we began to use it, it kicked back in. Having said that, after just a few days of use it's hard to believe Sony's intelligent systems had much time to learn my smartphone habits.

After the fantastic leap of design and performance the Xperia Z5 brought over the Z3, the Sony Xperia XZ is more of an iterative improvement, with improved performance and battery life, and an excellent camera.

As a result, Sony has produced a flagship smartphone that’s more than competent enough to stand tall with the industry’s big dogs. The improvements to its camera may not place it in the realms of the Samsung Galaxy S7, and its battery may not last quite as long either, but it’s good enough to sit up there with this generation’s smartphone standard bearers.

We’d still put the Samsung Galaxy S7 slightly ahead, thanks to its superior battery life and rear camera. But for those who want to buy a premium phone outright, the Xperia XZ’s asking price of  $999 presents a pretty strong case, compared to Samsung Galaxy S7 ($1,150) and Google Pixel ($1,079).

Unfortunately, Sony’s decision to give the Xperia XZ exclusively to Telstra means the cheapest plan is $80 per month (for 1GB of data). Telstra’s equivalent for the Galaxy S8 is $90 – but the S8 is available on all major carriers, with Optus offering a 1GB plan for $62 per month.