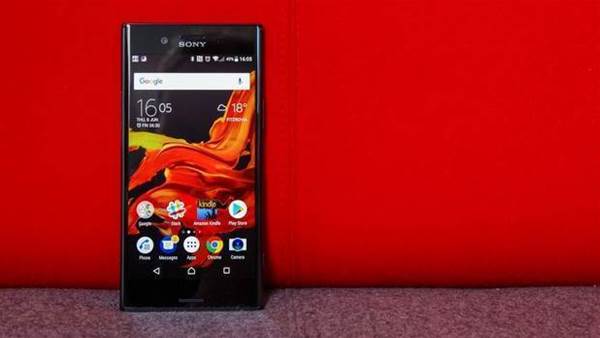 Sony's premium smartphone has a higher resolution than your TV, but can it beat the Galaxy S8?

With top-shelf components and an ultra-high-resolution 4K display, Sony's latest smartphone, the Xperia XZ Premium, is aiming squarely for the likes of the Samsung Galaxy S8 and the HTC U11.

It follows the previous generation's Xperia Z5 Premium, an offering that also offered a 4K screen, but with few further improvements over the regular Z5. Thankfully, this year's model has more to offer, but can it put up enough of a fight to rival Samsung's superb Galaxy S8?

Unlike many other manufacturers, Sony has been sticking to the same broad design aesthetic for the past few years. The Xperia XZ Premium looks very similar to most of the company's other phones, with smooth, sleek Gorilla Glass 5 on the front and back, with rounded sides and flat edges on the top and bottom. 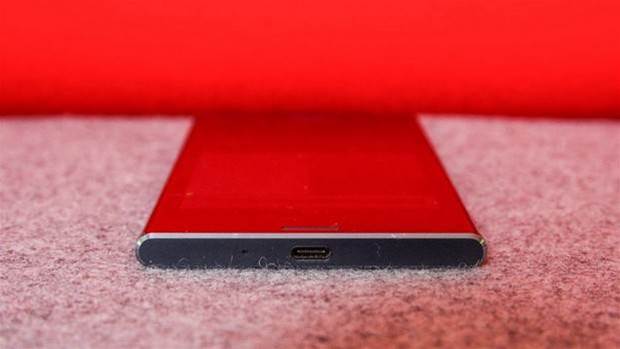 It's a unique and eye-catching look, which helps it to stand out from other devices that have a boring and samey metal unibody. Little touches like the chamfered edges on the top and bottom also give it a real premium feel.

The glass – both front and back – has been treated with an oleophobic coating, which means it's more resistant to picking up fingerprints. It's still glass, so it's going pick up some marks no matter what you do, but it's a lot more resilient to smudges and a lot easier to clean them off.

It's not without its problems, however. The glass body makes it feel a little slippery to hold. This isn't helped by the fact that it's truly vast, so it can be difficult to get a firm grip on it. The XZ Premium shares almost exactly the same dimensions as the iPhone 7 Plus, making it a pocket-stretching behemoth.

At 195g and almost 8mm thick, it's also a pretty chunky beast. It's got large bezels around the screen though, so despite all that surface area, the display is actually smaller than the Samsung Galaxy S8. With more and more manufacturers opting to narrow their bezels as much as possible, the screen-to-body ratio on the XZ Premium feels more than a little outdated.

The Xperia XZ Premium's snazzy 4K HDR 5.5-inch screen is one of its largest selling-points, but don't get too excited – having a 4K display on a smartphone isn't nearly as useful as you'd expect.

The first issue is that you're not going to be using it most of the time. The Android OS displays in upscaled 1080p to save battery and processing power rather than natively rendering everything in 4K. Some video apps offer 4K content, but unless you've got a really speedy internet connection, most of the video from apps like Netflix and YouTube will be streamed at lower resolutions anyway.

Even if they did stream at 4K, you'd be hard pressed to tell the difference most of the time. Although there is an increase in picture sharpness over 1080p and QHD displays, it's barely perceptible, even in side-by-side comparisons. It's hardly going to improve your experience of viewing images or watching video by any significant amount. 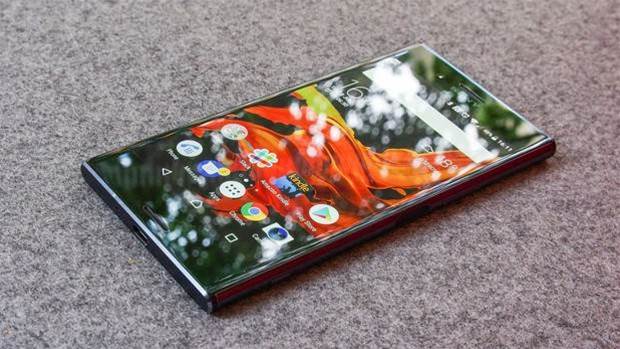 It's still an excellent screen, of course – the 524cd/m2 brightness is retina-scorching, the contrast ratio is excellent and colours appear vibrant, even if the LCD panel isn't quite as rich as its AMOLED rivals. It's wildly unnecessary, but it does look undeniably good.

Thankfully, the 4K screen isn't all the XZ Premium has to fall back on. Unlike previous generations of the company's 4K smartphone line, the XZ Premium has better components than the regular Xperia XZ. The processor moves from a Qualcomm Snapdragon 820 to a Snapdragon 835, with a bigger battery and a larger amount of RAM thrown in for good measure.

These features are as meaty as we'd expect from a flagship device, and it performed appropriately well in our benchmark tests. It came in just behind the Samsung Galaxy S8 – perhaps unsurprisingly, considering it's fitted with the same processor as the US model – and well ahead of the likes of the Google Pixel XL and LG G6. It feels lightning-quick in day-to-day use, and we experienced no problems with slowdown or stuttering.

The XZ Premium's battery life, however, is less of an achievement. The price you pay for that big, bright 4K screen is that it'll eat through your charge like nobody's business. It lasted a mere 10hrs 01min in our battery benchmarks, which is more than six and a half hours shy of the S8's result. Of course, you're unlikely to have the screen on all the time so you'll get more out of your battery in day-to-day use, but there's no getting away from it - the XZ Premium just isn't going to last as long as other phones.

As you'd expect, there's a wealth of features under the hood of the XZ Premium. As with virtually every Xperia device, it's fully IP68-rated for waterproofing, the storage is expandable via microSD card, there's a fingerprint reader on the side for biometric authentication and even a dedicated two-stage shutter button for the camera. 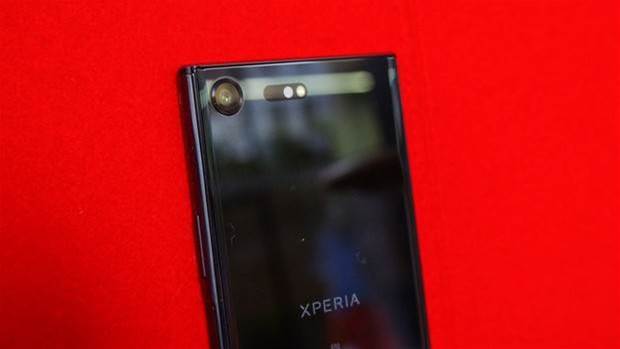 Charging is provided via USB-C, but although the XZ Premium has a processor that's compatible with Qualcomm's Quick Charge 4 technology, it only supports Quick Charge 3. We're not overly disappointed, but it would have been nice to see nevertheless.

Sony's smartphones have a reputation for having excellent cameras, and the XZ Premium is no exception. It's got a 19-megapixel lens and a f/2.0 aperture, with both laser and phase-detect autofocus, and it can produce some stunning shots. It's not quite enough to unseat the best smartphone cameras around, particularly due to some issues with over-sharpening in low-light conditions, but it's a very accomplished camera overall.

The Xperia XZ Premium feels like a much less ridiculous phone than its predecessor. The 4K screen still feels wholly pointless, but pairing it with top-shelf internal components justifies its existence alongside the Xperia XZ. This phone really can swing it with the best of them in terms of speed.

It’s also quite reasonably priced for all the hardware on offer – at $999 or on contract from $54 for 2GB of data (from Virgin).

It's got some undeniable problems, though; the large screen bezels feel like they belong on a phone from 2014, and make the XZ Premium feel huge. It's also got a problem with battery life, and while it's not drastic enough to be a deal-breaker, you'll want to have a battery pack or charger handy most of the time just in case.

The Sony Xperia XZ Premium can't rival the sterling Galaxy S8 in terms of looks, design or battery life, and the insanely high-resolution display feels unnecessary. If you want the sharpest screen around, however, then it's the best 4K smartphone out there.