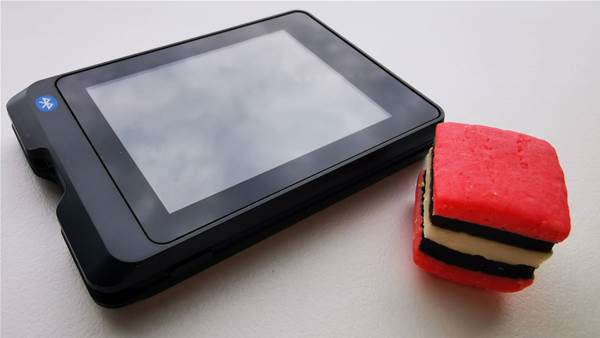 Small, robust, easy to use and secure. It can also support DAPS privacy coin.

Cryptocurrency DAPS, a privacy coin, has launched a branded version of the SecuX W20 crypto currency wallet. The wallet is a small, electronic device which can be accessed in multiple ways: directly, via BlueTooth using a mobile app and by connecting to a PC or Mac (via USB and a web browser).

It easily stores some of the most common cryptocurrencies plus a few others. The list consists of: Bitcoin, Litecoin, Dogecoin (yay!), Dash, Groestlcoin, DigitByte, Ethereum, Ripple, Bitcoin Cash, Stellar, DAPS coin and Binance coin. That’s quite a collection of major players and minor players. It’s also compatible with all ERC20 tokens.

The SecuX Stone W20 is a small device, with a 2.8-inch touchscreen that the blurb says is, “Built for outdoor use... Manages your crypto assets safely and make transactions on-the-go... [it’s] embedded with CC EAL5+ certified Secure Element chip… [and has a] long battery life.” The latter is certainly true, we’ve had it for a couple of months already and only charged it once."

Setting it up is a simple process. It features an easy walkthrough which ensures you’re fully aware of your seed phrase: it gets you to manually write down the words as a numbered list on a provided card and then tests you on it. After that, you can unlock the wallet with a PIN code which, cleverly, displays the keypad in a random order to avoid giving greasy fingerprint clues to what the code is.

Connecting to it via Bluetooth using a mobile app is simplicity itself. It’s always immediately discovered once you press the Bluetooth button on the device’s screen. You’re then asked to type in a one-time password (OTP) that’s displayed on the wallet’s screen and… you’re in. You can quickly see how much of each cryptocurrency is stored on the wallet. You can access receive addresses and their respective QR codes on the device but you’ll need a mobile app or PC connection to send currency. 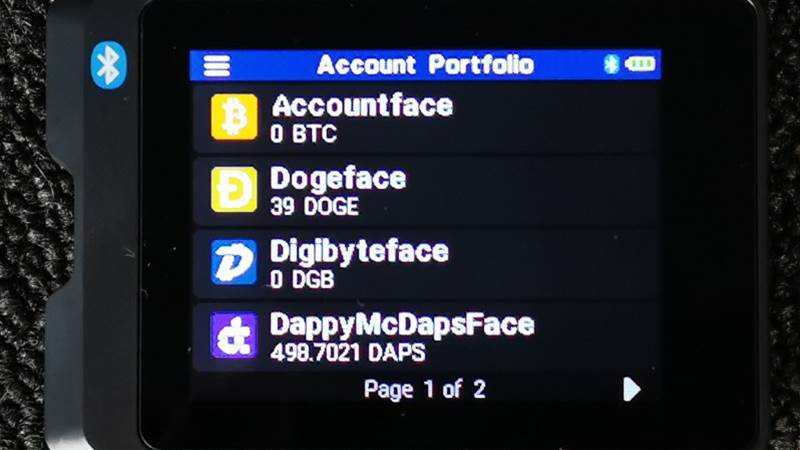 You’re also able to set up a hidden wallet in case you have a gun put to your head. This wallet is created with a separate PIN code and password and simply accessed via said PIN code when the wallet is turned on. By storing a few DOGE coins this way, it can help you protect your Bitcoin whale status.

In the test transactions we tried, everything worked very well – the Secux Stone W20 is one of the most straightforward in/out security wallets we’ve used. However, it should be noted that on one phone we tested with (thanks to the elaborate camera on the Huawei P30 Pro) the telephoto lens was used, meaning that scanning a QR code was very difficult. This needs work.

We can’t test the following claims, but this is what SecuX states:

SecuX STONE started from simple concept that takes all details in to account. It is able to prevent potential risks such as cyber hacking, virus implanting, physical invasion, clone swapping etc. The SecuX Team inspects everything, from supply chains, engineering designs, production flow and producing processes, to warehouse storage, packing with anti-tampering stickers, logistics, etc. SecuX does this to ensure sound delivery to your hands. The SecuX STONE is a sophisticated and user-friendly device that does not compromise security and safety.

The CC EAL5+ certification signifies that a product’s security has been tested and holds to a particular standard; EAL5 indicates that it has been semi-formally designed and tested while “+” implies one or more additions to the EAL base level rating.

What is DAPS coin?

DAPS is a cryptocurrency privacy coin that has overcome many start-up hurdles to reach the point where it’s now operating in a fully functional ecosystem. Until recently, using a personal wallet required keeping a node running on a serious computer. Privacy coins are attractive in that they don’t have all of their transactions and life history traceable on a block chain – or at least that’s the theory. It turns out that some privacy coins actually can be traced. DAPS says its proof of audit (PoA) technology absolutely can’t but time will tell. The following infographic – which comes via DAPS itself – may be helpful.

One thing to note about the SecuX Stone W20 integration with DAPS is that you can only access the receiving address via QR code when you only have the wallet and nothing to connect it too. The actual address is so long that it’s truncated and can’t be displayed on the small screen. However, when using the phone (or PC) app you do have full access to the address. Also, note that the W20 can only contain one DAPS wallet, unlike other currencies.

In our test transactions, currency appeared in the wallet from an exchange after five minutes (at a cost of 500 DAPS). Wallet-to-wallet transactions took similar but cost less than two DAPS.

However, it’s worth noting that the app's on-screen instructions, which asked to confirm addresses on the screen of the wallet, weren’t possible to follow as the lengthy DAPS address was (once again) too long to fit on the small wallet’s screen. Transactions still worked though. 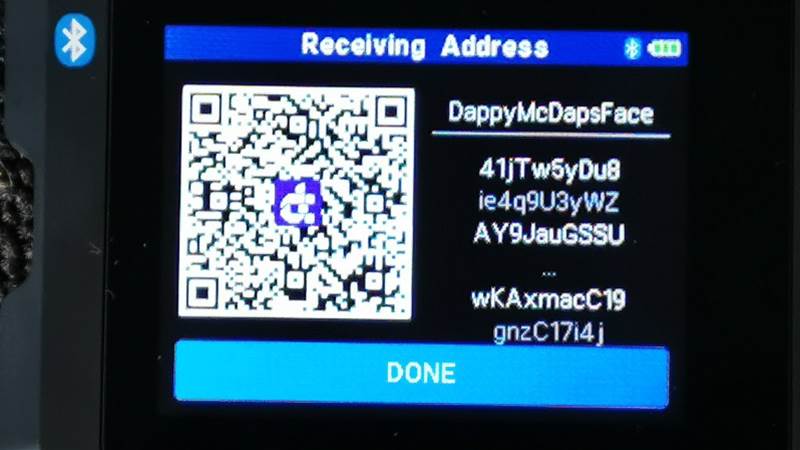 The DAPS coin receive address is too long for the small screen of the SecuX Stone W20 to display.

Considering that, until recently, the only real way to transfer DAPS tokens (that weren’t on an exchange) was to run a PC-based wallet that needed to sync with the entire chain before it could be used (which could take many many hours) having a usable, secure, portable wallet is major improvement. If you don’t need the portable security the release of the SecuX Stone W20 also coincides with the launch of a web wallet too. Mobile apps are *still* forthcoming.

Hardware wallets still come with an existential question: they’re too young in the market to have proved themselves entirely reliable and only time will tell if they can safely store currency for the very long-term. Nonetheless, The SecuX Stone W20 is an impressively easy device to use, it feels as rugged as it claims to be and the battery certainly is very good. While the long addresses used by DAPS can cause some minor issues, the shorter addresses used by other coins meant caused none.

At US$295, the DAPS integration comes with a hefty premium over the raw wallet's US$119. If you want one that also supports DAPS, check it out on DAPS’ own site.