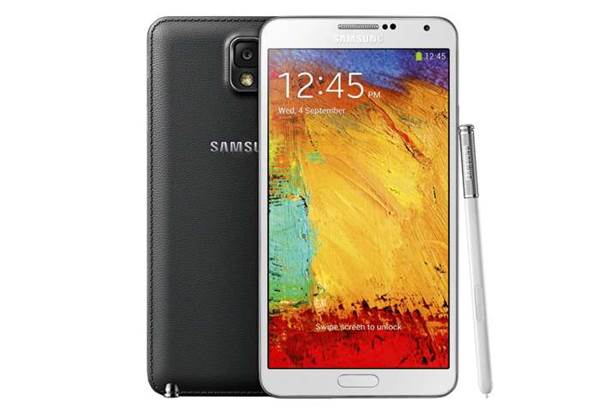 When Samsung unveiled its first Galaxy note a mere two years ago there was a massive amount of scepticism as to whether people actually wanted a gigantic smartphone. Fast forward and the company has now launched its third generation of Phablet to a relatively small but highly dedicated audience of converts.
The Galaxy Note 3 is the best Phablet to date. Not only is it thinner and lighter than previous Notes, it gives off the illusion of being smaller thanks to a thinned down bezel. This is in spite of the fact that the screen is actually larger than previous generations of Note, measuring 5.7in. This comes with a bump in resolution to 1080p, which combines with the excellent AMOLED technology to make for a crisp, gorgeous display that is bright enough to read in direct sunlight.
Newsletter Signup

I have read and accept the privacy policy and terms and conditions and by submitting my email address I agree to receive the Business IT newsletter and receive special offers on behalf of Business IT, nextmedia and its valued partners. We will not share your details with third parties.
While the overall design aesthetic is reminiscent of Samsung’s flagship Galaxy S4 handset, we much prefer the textured plastic backing on the Note 3 to the S4’s relatively slick rear. Designed to look like faux leather (an odd description but the best we could come up with), it feels fantastic in the hand and eliminates any worries that it might slide out of our grip. These factors all combine to make for a device that feels good to hold for any amount of time, something too sadly neglected in some smartphone designs.
Under the hood of the Note 3 sits some very powerful hardware, similar to the Galaxy S4. There is a quad core Snapdragon 800 processor running at 2.3GHz, full LTE support and 32MB of memory as standard. Like its predecessors the handset houses a stylus, which we found doesn’t get as much use as you’d expect, but is always there if you need the precision that it brings. It also brings the IR blaster functionality of the Galaxy S4 to the Note range, which turns the handset into a universal remote.
In many ways the Note 3 is the most advanced handset currently available. Not only does it join the HTC One and Galaxy S4 in supporting the latest 802.11ac Wi-Fi standard, but it is also the first handset we have seen with native support for USB 3. This means that the USB port at the bottom of the phone is wider than the standard micro USB, but is actually completely compatible if you don’t have a USB 3 cable on hand – we found it charged slower when connected to a standard micro USB cable, and obviously transferred files at a lower speed, but you don’t actually need to replace your accessories just because the port at the bottom has changed (unlike Apple’s shift to the lightning connector).
Like most modern smartphones the Note 3 is designed for daily recharging, although we found in our tests that heavy usage didn’t have you rushing to recharge midway through a day. With LTE running and Bluetooth active, the massive 3200mAh battery still had 47% charge after 12 hours of use.
While we are sceptical of benchmark results, thanks to some websites discovering that the Note 3 ramped up its CPU speed when it detected a benchmark running, the results are fantastic and in our time using the handset we never felt that the phone lacked grunt. For reference, we saw a quadrant score of 17386 and a Geekbench score of 3996.
The Note 3 is an excellent evolution of the series and is by far our favourite large-screen phone. It is powerful, long lasting and has some noticeable improvements over the previous Notes.
Ultimately its suitability will come down to whether or not the form factor is suitable for your needs – we know enough people in the pro- and anti-Phablet camps to try and make that decision for you. But if you want a larger screen than standard, and are prepared for the compromises that feature brings, the Note 3 is far and away the best option. Yet another truly excellent piece of hardware from Samsung.
Verdict
Fast forward and Samsung has now launched its third generation of the Galaxy Note to a relatively small but highly dedicated audience of converts. Read the review.
Performance
Features & Design
Value For Money
Overall
Specs
$890 AUD
(pricing info)
Copyright © PC & Tech Authority. All rights reserved.
Tags:
3 galaxy hardware note review samsung
By John Gillooly
Dec 2 2013
12:01PM