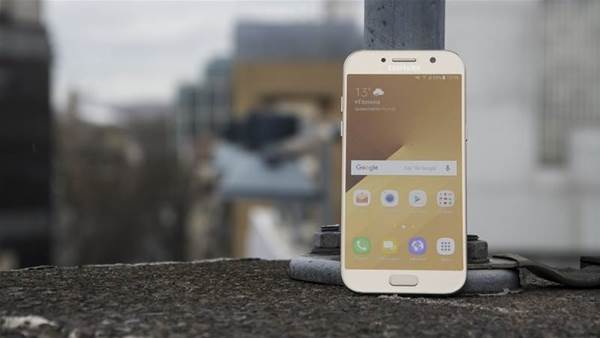 The Galaxy A5 is Samsung's latest mid-range smartphone, but it looks and performs like a more expensive handset.

If you were told that the new Samsung Galaxy A5 costs $1,000 or more, and you didn’t know any better, you probably wouldn’t bat an eyelid. The design, look and feel is premium through-and-through and there’s very little to tell from the outside that it’s not a flagship device – yet the 2017 version of the smartphone costs under $650 outright or less than $50 per month on a plan. 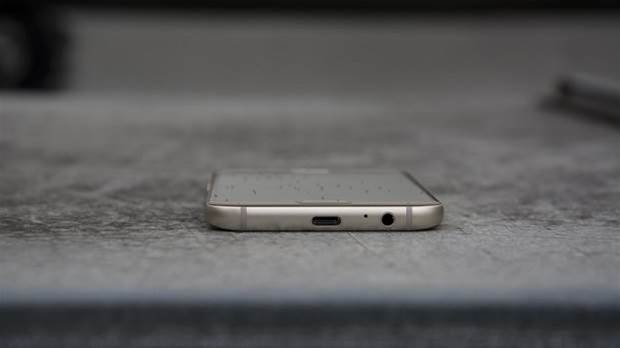 It’s available in two colours – Black Sky and Gold Sand – and is IP68 certified for water resistance (up to 1.5 metres for 30 minutes).

Perhaps one compromise is the screen – at least compared to the big, ultra-high-resolution of next-generation phones like the LG G6 and Xperia XZ Premium. But the A5’s 5.2-inch AMOLED panel is more than adequate. Its Full HD resolution offers a pixel density of 424ppi, which is plenty sharp enough for everyday use – you’ll have to look very closely to see any kind of pixel structure.

It’s a decent screen as well, although not the brightest. We recorded a peak brightness of 350cd/m2, a long way behind the brightest IPS screens of the iPhone range or Sony’s XZ smartphones, which top out at 550cd/m2 and higher. This is typical for mid-range AMOLED displays, however, and on really bright days with automatic brightness enabled, the screen will temporarily boost to a brighter 451cd/m2 so you can read emails without having to shield the screen with your hand. 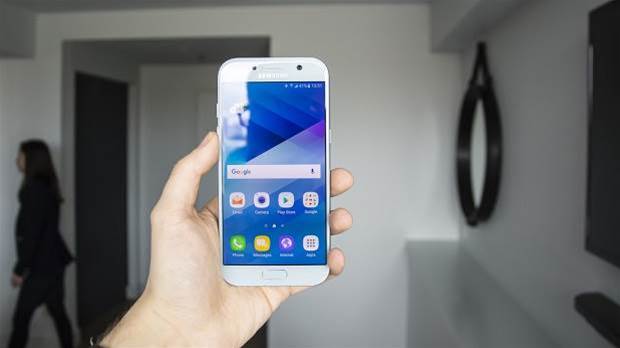 Colour reproduction is impressive. Samsung has had this nailed on its AMOLED panels for some time, but it never fails to impress me how it manages to tame the lurid, oversaturated colours the technology is known for. Here, the screen simply looks sharp, wonderfully rich and tack-sharp, covering an impressive 100% of the sRGB colour range.

As with most modern smartphones, both budget and premium, the Samsung Galaxy A5 feels suitably snappy and responsive once you’ve installed all your apps and it’s settled down after updating everything.

It’s powered by one of Samsung’s own octa-core Exynos 7880 chips, clocked at up to 1.9GHz, and backed by 3GB of RAM. The key competitor for this chip is supposed to be the Qualcomm Snapdragon 625 like the one in the Motorola Moto Z Play, so we didn’t expect performance to be all that great.

In fact, it performed much better than that, sitting in between the Moto Z Play and higher-end phones like the OnePlus 3T, with impressive all-round processing and graphics benchmark results. It’s certainly a good deal faster than last year’s Samsung Galaxy A5.

Another area in which this year’s Samsung Galaxy A5 impresses is battery life. It comes with a larger power pack than last year, at 3,000mAh, which helped it last a whopping 22 hours 5 minutes in our video-playback test with the phone in flight mode and the screen calibrated to 170cd/m2. That’s not quite as good as the Moto Z Play’s 23 hours 45 minutes, but it’s near as makes little difference.

We’ve never had a problem with the protruding camera lens on recent Samsung phones, but if you’re in the habit of tapping out text messages and email with the phone flat on a table, you’ll be pleased to find that the lens protrusion is gone on the new Galaxy A5 – the camera module now sits completely flush with the rear of the phone. 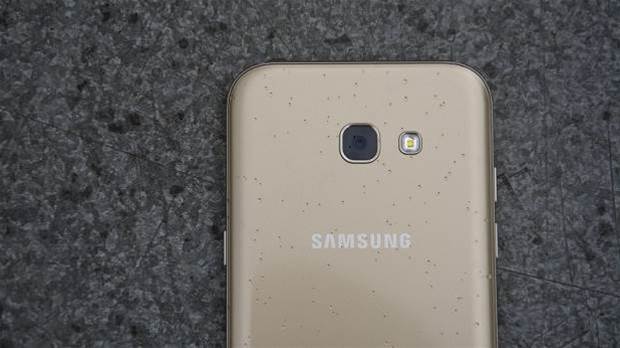 The camera itself is capable, too, if not as spectacularly good as the cameras on the Google Pixel XL or the Samsung Galaxy S7. The resolution of the rear camera is 16 megapixels and produces detailed-enough shots for most purposes, and there’s a bright, wide f/1.9 aperture that ensures that images shot in low light aren’t a complete loss. There’s no optical image stabiliser, though, which is one sacrifice you’ll have to put up with.

Either way, the snaps we were able to grab while testing look pretty good. Outdoor photographs are balanced, sharp and colourful, although our test street scene was over-exposed in the highlights. Enabling HDR mode sorts this out, however, knocking back those highlights and retrieving lost details. 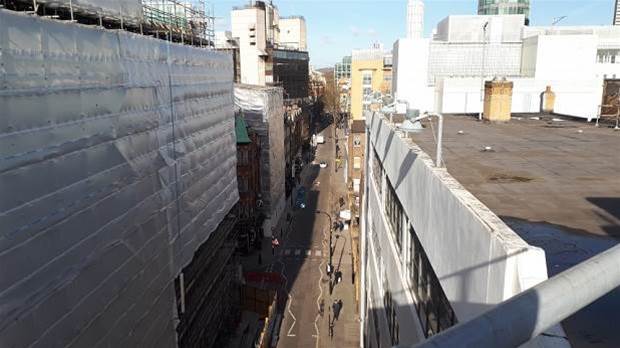 Our outdoor street scene captured with HDR off offers good colour and detail capture, although some areas are over-exposed

Indoor shots are also competently captured, with our still life showing reasonably sharp details, a balanced exposure and little distracting noise. The colour reproduction does suffer a little in low light, however, and on close inspection, there’s much more smearing going on, reducing the crispness of your photographs. In this respect at least, the Moto Z Play does better, producing sharper, more colourful low-light photos. 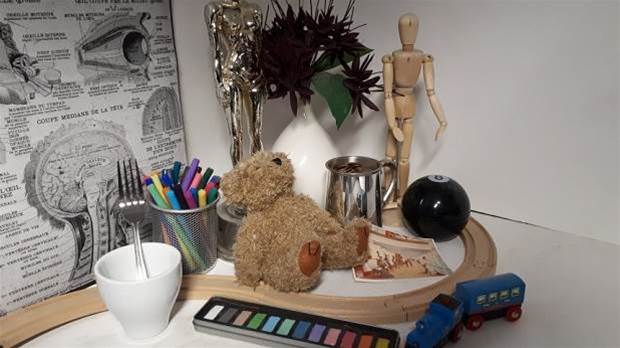 It is, however, good to see that Samsung has made an effort to improve its camera software and make it easier to use. The different shooting modes can now be accessed by swiping across the screen left and right, and the onscreen shutter button can be relocated to a location you’re comfortable with.

There’s a new food filter, too, for those keen to show off their culinary credentials. This applies a depth-of-field effect and ups the saturation in an effort to avoid the dreaded brown-plate-of-sick effect.

The one fly in the ointment is that the phone doesn’t come with Android 7 Nougat out of the box, which is mildly disappointing, but that doesn’t detract from the fact that the Samsung Galaxy A5 is a great mid-range smartphone.

It costs just $649 outright or from $40 per month (for 1GB, from Optus) on a plan. That’s a lot cheaper than any premium phone, with not a lot of compromises.