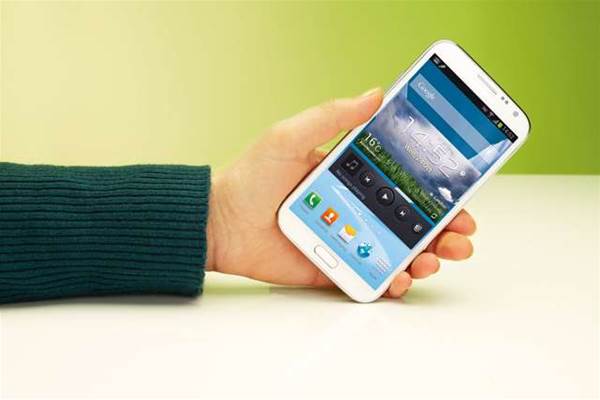 Samsung’s original Galaxy Note was the subject of much derision: after all, who would buy a smartphone with a 5.3in screen and a stylus in 2012?
Customers flocked, though, and Samsung has unleashed the sequel, the Galaxy Note II, with an even bigger 5.5in display.
Newsletter Signup

I have read and accept the privacy policy and terms and conditions and by submitting my email address I agree to receive the Business IT newsletter and receive special offers on behalf of Business IT, nextmedia and its valued partners. We will not share your details with third parties.
The S Pen 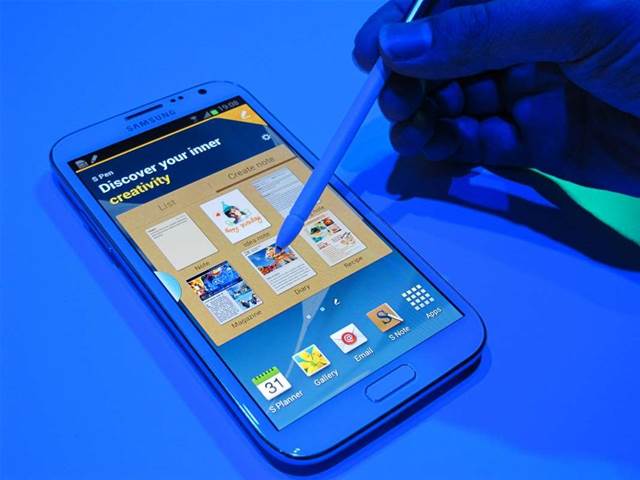 If you still aren’t convinced, think of the Note II as a digital notepad that has all the features of an Android smartphone. Although the Note II has a capacitive touchscreen that works like any other, this device is all about the S Pen stylus and the screen’s Wacom-licensed digitiser.
Removing the stylus from its socket reveals list and note templates, and the S Pen makes its influence felt throughout the rest of the heavily tweaked Android UI.
Hovering the pen over a gallery folder opens a thumbnail preview, and doing the same over a contact flashes up their details.
Removing the S Pen during a call pops up a small notepad, and the phone even sounds an alert if you walk away without the stylus in its holder.
A button on the stylus unlocks more options. Hold it down, scroll upwards, and you’ll unlock Quick Command, which enables fast note-taking.
It supports gestures, too: you can write an “@” symbol to draft a quick email; a question mark to open the search box; and an exclamation mark to load Google Maps.
You can also define your own gestures – we told the Note II to open the Amazon app every time we scrawled “a”, and it worked flawlessly.
Other tweaks don’t require the S Pen in order to work successfully. A tab on the left-hand side of the screen opens a menu of common apps, and there are options to move the dialler, keyboard and calculator keypads to the left or right of the screen.
Specifications
There’s plenty of power inside, too. It employs the same quad-core processor as the Samsung Galaxy S III, but running at 1.6GHz rather than 1.4GHz, and there’s a healthy 2GB of RAM.
This results in a stellar set of benchmark results, beating the S III in one benchmark and not far behind the Nokia Lumia 920 in another.
The Note II runs Android 4.1 (Jelly Bean), which makes for a smooth experience. There’s no slowdown during navigation, for example.
The 720 x 1280 screen is standard on high-end Android devices, and quality is high. The 239cd/m2 brightness and Super AMOLED’s perfect blacks make for a panel that’s punchy and vibrant, and you’ll have to look very closely to spot the pixels.
The Note has an 8-megapixel camera, and Samsung has carried over many of the software enhancements we love on the S III, including the burst mode and face detection, and quality is superb.
Shots are packed with detail, the macro mode is excellent, and colours are accurate. Battery life is superb, too, with 80% capacity remaining after our 24-hour test.
This powerful device isn’t cheap: it costs more than the Galaxy S III, and only the iPhone 5 and Nokia Lumia cost more.
Its size won’t suit everyone, but the screen is superb, the S Pen works brilliantly, and performance is stellar.
Verdict
The size of the Samsung Galaxy Note II means it won’t suit everyone, but in every other respect it’s a superb smartphone - the ideal combination of phone and tablet. Read the review.
Performance
Battery Life
Features & Design
Value for Money
Overall
Specs
$639 AUD
(pricing info)
Copyright © Alphr, Dennis Publishing
Tags:
galaxy hardware ii note review samsung
By Staff Writers
Feb 8 2013
12:32PM