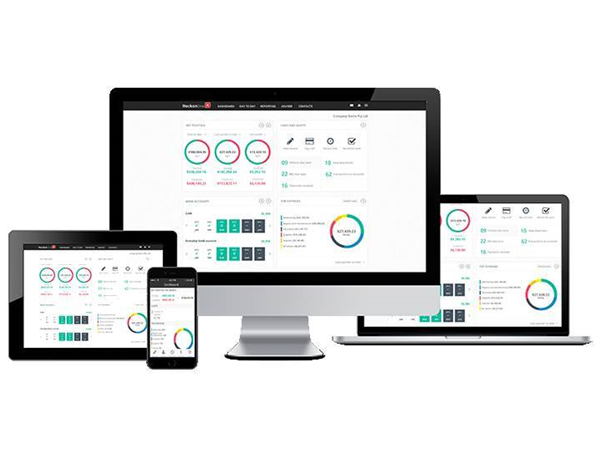 We update our review of Reckon One, the cloud accounting system that allows you to pay for only the features you need.

When Intuit decided to operate its own cloud accounting system (QuickBooks Online), local licensee Reckon retained the rights to the desktop software but built its own cloud alternative – Reckon One – from the ground up.

Perhaps as a way of drawing a clear distinction with competing products, Reckon One comprises a low-cost core system plus several similarly affordable modules. This modular approach means you don't have to pay for an upgrade to a plan that allows a large number of transactions just because you want payroll for a couple of employees, for example.

To see if it’s right for you, here’s our original 2017 review of Reckon One – part of our series on small business cloud accounting systems – followed by an update on the new features added over the past year.

The setup process seemed to leave a bit more manual work to do than we noticed with other systems, but we note that a free data conversion service from other products is available. Items such as products and customers can be created on the fly, such as when referencing them in an invoice for the first time.

Quotes (Reckon One calls them estimates) and invoices are easily created, and when a customer accepts a quote it can be turned into an invoice with the click of a button. Processing a declined quote is just as simple. As usual, quotes and invoices can be printed from within the browser or emailed. 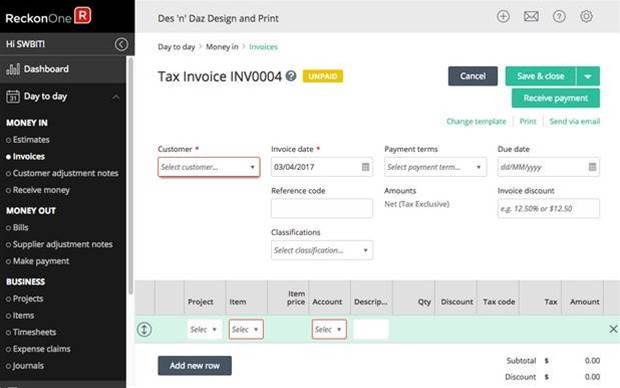 Reckon One makes it simple to receive payments at the time of invoicing, which is a convenience for businesses like our hypothetical design and print firm. The Braintree and PayPal payment services are supported, and when enabled, emailed invoices include a 'pay now' link.

Exactly how useful this is in terms of improving cashflow depends on your customers. If they're mostly larger businesses that habitually stretch payment terms to the limit (and often beyond), it's not going to do much. But from what we see, the easier you make it for consumers to pay, the more likely they are to get out their credit cards when they open the emailed invoices.

As usual, bank feeds are available to reduce the data entry load.

If there's a way to raise purchase orders using Reckon One, we were unable to find it.

One issue is that estimates and various other features are disabled by default. We have mixed feelings about that. On one hand, it helps simplify the user interface, but it also makes those features less discoverable – you need to know that they are there, and that you need to enable them in the settings section.

In the long term, you'll spend more time using the system than you did setting it up, but this does mean you need to spend more time reading the documentation. And in any event. estimates were added after the user guide linked from the help function was written, so studying it won't reveal that Reckon One is capable of generating estimates.

There's no inventory function in Reckon One (at least not yet), which rules it out of consideration by our hypothetical business. There are a few third-party add-ons listed by Reckon, but none for inventory management.

The payroll function seemed over-complicated. The required accounts aren't set up automatically, and we had to go through several iterations before employees actually appeared in pay runs. Even if you'd normally set up your own accounting system, we'd suggest seeking professional help before using Reckon One for payroll.

The good news is that the medium payroll option includes SuperStream payments via NAB at no extra charge, regardless of whether your business is one of the bank's customers.

Time tracking is supported via the Time and Expenses module and Reckon's mobile app for Android and iOS, although testing such apps was outside the scope of this review.

Reckon One provides a good selection of reports, including BAS report showing labels corresponding to the ATO's form. Reports were generated quickly, and we thought the formats used made them easily understood.

Reckon One works with a very modest range of add-ons – only 10 were listed at the time of writing, none of them particularly well known.

Functions include accounts payable automation, document capture and processing (for bills and receipts, for example), field service, and order capture.

An extensive RESTful API is provided for developer partners to integrate their software with Reckon One. In fact, Reckon One's modular design means that accounting functions such as bank feeds and payroll could be considered add-ons.

There were a couple of user experience issues to report. At times it did seem relatively sluggish, taking 10 seconds or longer to save a transaction. We can't be sure that our ISP wasn't to blame, but this happened more than once and we didn't notice anything similar with some of the other systems we tested. 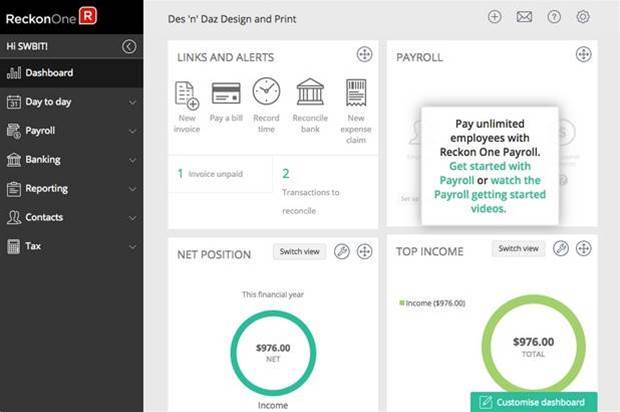 Scrolling through popup lists was a problem when using a trackpad or mouse wheel: going past the end of the list resulted in it closing before we'd made a selection. If we were using Reckon One regularly we'd try to get into the habit of using the arrow keys instead.

You can get started with Reckon One for as little as $5 a month if all you need is a cashbook and reporting. But even fully optioned it only costs $32, including unlimited payroll, unlimited invoices and payments (with sales and purchases approval), time and expenses tracking, and project management.

Reckon tells us 71 features have been added to Reckon One during the last 12 months, along with 592 enhancements.

Highlights include the ability to generate and send customer statements (which can be a gentle way of bringing attention to outstanding invoices), the introduction of Reckon Portal to simplify activation and provisioning, the use of Zapier to integrate Reckon One with other applications to automate business processes, integration with Ezidebit to simplify invoice payment via direct debit or Bpay, and improvements to various templates.

BAS reporting has been simplified to remove complexity and streamline the process, while custom reports are now easier to create by tagging transactions.

Various user interface improvements have been made – notably in payroll (which now supports automated payments) and banking – but generally to ensure daily tasks are easier to manage.

A number of behind the scenes changes have been made to improve performance and to allow faster deployment of new features.

Looking ahead, Reckon One's payroll module will be made STP compliant, bank reconciliations will be further automated and streamlined (including transaction quick coding, and support for purchase orders will be added.

Forthcoming changes not directly affecting users include the use of shared services across Reckon's various products.

Verdict
The lack of an inventory function can be an issue and we have some concerns about the response time, but Reckon One is worthy of consideration if you’re prepared to put a little extra time into learning how to set up and use the system. Its modular pricing structure means businesses with simpler requirements can save money by selecting only the modules they need.
Overall
Specs
From $5 AUD per month
(pricing info)
• www.reckon.com
Accounting and reporting, plus (optionally) quoting, invoicing, purchases, payment gateways, bank feeds, payroll, time tracking, mobile app, and integrations with 10 other cloud products.