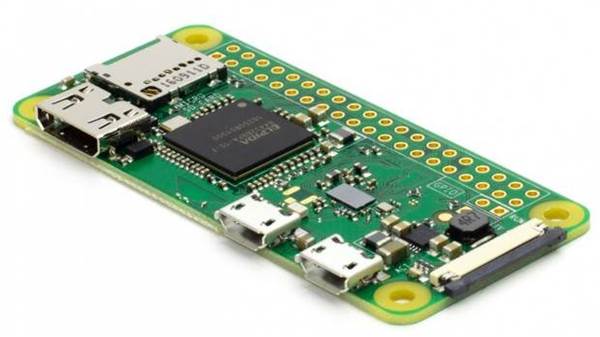 Sure, you'll have to roll up your sleeves, but this cheap, tiny computer is incredibly flexible.

You've got to hand it to the Raspberry Pi Foundation. Not content with making DIY computing cheap and cool again, the Foundation did something rather unexpected last year: it released an even cheaper model. Priced at a ridiculously low US$5, the Raspberry Pi Zero was effectively an original Raspberry Pi in a smaller form factor.

Getting the size of the Raspberry Pi down to the Zero’s diminutive size (65 x 30 x 5mm) meant that a fair few things had to be cut out. But progress is an unstoppable beast, and a year later, in time for the Pi Foundation’s fifth birthday, comes an improved version, the Raspberry Pi Zero W.

You can probably guess from the "W" in the name that this Zero model now has integrated wireless. Thanks to the onboard chip, the Pi Zero W has integrated Bluetooth and 802.11n Wi-Fi (2.4GHz).

So what can you actually do with it? We’ve previously outlined ten projects you can try with a Raspberry Pi, although these are mostly designed for a standard Raspberry Pi 2 or 3. Being even smaller, the Pi Zero W is arguably even more flexible, as long as you don’t need a lot of power – allowing to you build DIY smart home devices, for example, or even Internet of Things prototypes for business.

The Pi Zero W may not have the latest flavour of Wi-Fi, but for the types of jobs that you’re likely to use the computer for it’s more than enough. In fact, having integrated network access can’t be applauded enough. With the old Pi Zero, adding network access meant buying a Wi-Fi dongle, which added bulk and made everything a little clumsier.

With wireless integration, the Pi Zero W suddenly becomes much more useful in many more situations. That’s not to say there aren’t limitations. The small size of the Pi Zero W means there’s no room for full-sized ports. Instead, you get one micro-USB power input, one micro-USB On-The-Go (OTG) port for connecting devices and a mini-HDMI output.

Realistically, these small ports mean that you’ll need to buy adapters to hook up the Pi Zero W to a monitor. With only a single USB port, you’ll need to buy a USB hub to connect a keyboard and mouse at the same time. We would recommend that you buy a powered hub, as our review sample’s micro-USB port couldn’t deliver enough power for a regular hub, keyboard and mouse at the same time.

Rolling up the sleeves

You can hook up external devices through the HAT-compatible 40-pin general input/output (GPIO) connector. As with the original Pi, this connector is unpopulated, which means you’ll need a soldering iron to connect the pins that you want to use.

While this approach is a little fiddly, it can make for a neater and smaller final build. While the original Pi Zero didn’t have the camera connector (CSI), this was added for the next production run. We’re pleased to say that the CSI remains for the Pi Zero, making it easy to hook up the official camera and build yourself a wireless camera.

You’ll need to buy the ribbon cable adapter to fit the camera, though, as the Pi Zero W has a smaller CSI connector than the regular Pi. There’s still no DSI connector for hooking up the Pi display, though, and no way of adding one. There’s also no analogue audio connector, although you can add one using a soldering iron and some online instructions. Likewise, there’s no composite video connector, but you can solder the connection on if this is something you want. 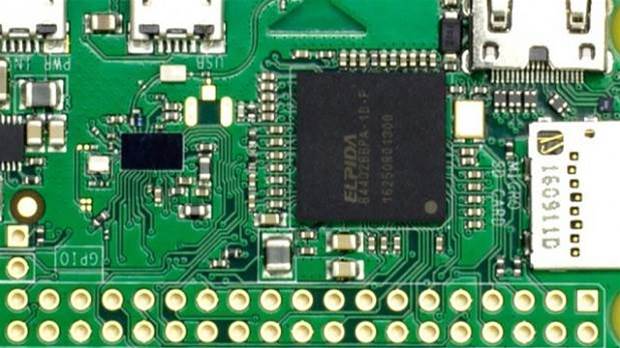 In general, then, the Raspberry Pi Zero W’s shortcomings can be largely overcome if you’re happy to whip out a soldering iron. The true benefit of this approach is that it’s much easier to build smaller projects, as there’s nothing extraneous on the Pi Zero W, just the essentials.

Otherwise, running it is just the same as it is with other Pi computers. You need to install the operating system (most likely the Linux-based Raspbian) on a microSD card (8GB minimum), which then plugs into the card reader at the end of the board. It’s easy to configure using the instructions on the Raspberry Pi website.

The Raspberry Pi Zero W isn't particularly powerful, though. It's powered by a 1GHz single-core Broadcom BCM2835 processor and 512MB of RAM, which is the same CPU that powered the original Pi with a slightly higher clock speed.

If you’re used to the quad-core Raspberry Pi 3, then the Pi Zero W feels positively slow in comparison. Running the Sysbench test to verify every prime number up to 10,000, the Pi Zero W completed the task in 530.27 seconds. As the Pi 3 has a quad-core CPU, it’s capable of completing the task in just 45.86 seconds by running four threads. Boot times are considerably slower, too, with the Pi Zero W taking 53 seconds to boot.

That said, the Pi Zero W is not designed as a high-performance computer. It’s fast enough to run Raspian’s graphical user interface, and it’s quick enough to run the types of job that you’d want it for. For example, we’ve been running a Lightwave RF server on a Pi so that we could integrate our lights with Samsung SmartThings. Using a Raspberry Pi 3 was overkill for this kind of job, but the Raspberry Pi Zero W is a perfect fit with its integrated Wi-Fi once again proving to be a real benefit.

If you want a cheap computer for a specific job, on the other hand, particularly a low-power server, then the Pi Zero W comes into its own. It’s also a great choice for custom projects, for people with a steady hand and a soldering iron.

Ultimately, it’s hard to be anything other than impressed by a computer that costs $15. That's more than the original Zero, but the integrated Wi-Fi more than justifies this extra cost. Of course, you’ll have to add other components, such as a case, power supply, adaptors, cables and camera, depending on your project, but they're all very cheap.

And don't let the DIY talk such as soldering put you off. It's not that difficult if you start slowly, and the Raspberry Pi website has lots of tutorials, including guides on the basics and soldering.

Once again, the Raspberry Pi Foundation has managed to astound us, and the Pi Zero W is a beautifully designed and well-thought out computer.