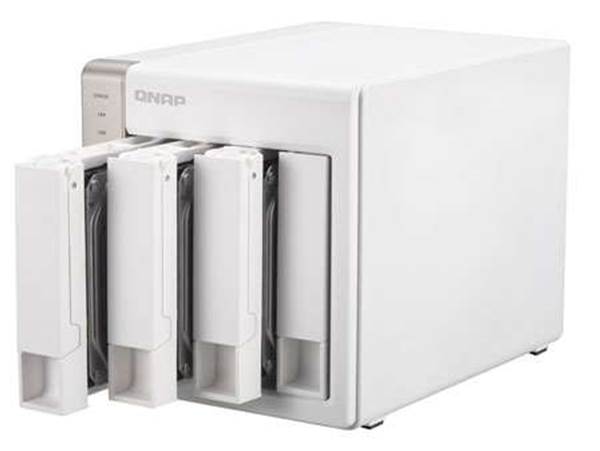 The capabilities of the TS-451 likely go well beyond your requirements. This fully-featured and then-some NAS is able to effortlessly handle multiple network connections, and you can always grow into its extra features (like all NAS products these days, it’s heavy on the apps).

Or, just take advantage of the most powerful CPU we’ve ever seen in a SOHO NAS (a dual core 2.4GHz Celeron). As a media server, its star feature is transcoding multiple video sources simultaneously (either in real-time, or you can designate a ‘transcode’ folder, and anything dropped into it is converted immediately).

The beefy (for a NAS) CPU also has appeal for rapidly processing encrypted data. You can also run a Virtual Machine, running Windows, Linux or UNIX, although you’ll need to upgrade the installed RAM from 1GB (default) to at least 2GB (max 8GB).

I have read and accept the privacy policy and terms and conditions and by submitting my email address I agree to receive the Business IT newsletter and receive special offers on behalf of Business IT, nextmedia and its valued partners. We will not share your details with third parties.
Verdict
This fully-featured and then-some QNAP NAS is able to effortlessly handle multiple network connections.
Overall
Specs
$829 AUD
(pricing info)
Copyright © PC & Tech Authority. All rights reserved.
Tags:
hardware qnap turbo nas ts451 review
By Ben Mansill
Dec 22 2014
5:37AM