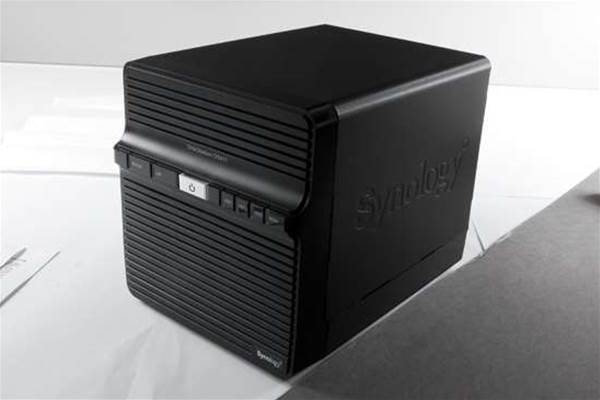 Test a few different brands of NAS and it becomes apparent that not all management interfaces are created equal. We are yet to find a NAS that refuses to set up a RAID array for example, but we have encountered ones that are annoying to configure.
This isn’t an issue with Synology’s DS411. In our testing with the latest DSM 3.2 software version we were highly impressed with how simple it was to set the unit up, and how the management interface deftly balances depth and ease of operation.
Newsletter Signup

I have read and accept the privacy policy and terms and conditions and by submitting my email address I agree to receive the Business IT newsletter and receive special offers on behalf of Business IT, nextmedia and its valued partners. We will not share your details with third parties.
Unlike some other brands of NAS, the DS411 has internal drive bays. So while you lose the ability to easily hot-swap drives, it makes for a neat little unit. We are yet to be convinced that hot-swapping is needed at home anyways.

Relatively simple to setup, and no performance slouch: Synology's DS411
The DS-411 takes up to four drives, and supports virtually every kind of RAID out there. We went with ‘Synology Hybrid RAID’, which auto-manages the volume and adds redundancy, but you can easily choose your personal preference of RAID type.  Once the array is built you can set up and configure drives for media streaming, backup or other functions with minimum hassle. There are also a variety of web and vpn server functions if you wish to delve deeper into the setup.
Streaming worked well, with new files getting quickly recognised and formats not a problem. In fact, our entire experience with the DS411 was marked by its ease of use.  The drives were easy to install, the NAS was quickly recognised by the network and we even updated the firmware with nary a hassle. Before long we had our media stored and streaming and were starting to look into the fancier functions of the NAS.
Synology has a fantastic product in the form of the DS-411. With a 1.6GHz ARM based CPU and 512MB of RAM it is no performance slouch either, able to fling data around with ease. It isn’t cheap, but it is comprehensive.
Verdict
Wonderful software and great performance make this a solid NAS. Read our review of the Synology DS411.
Performance
Features & Design
Value for Money
Overall
Specs
$499 AUD
(pricing info)
Copyright © PC & Tech Authority. All rights reserved.
Tags:
ds411 hardware nas review storage synology
By John Gillooly
Dec 31 2011
2:05PM