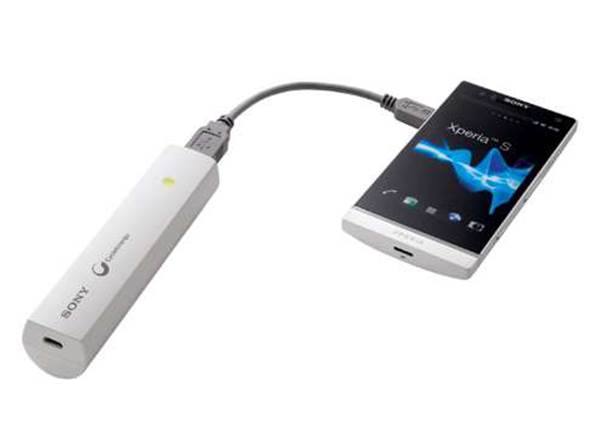 If you regularly find your smartphone running on empty, Sony’s CP-ELS offers a welcome power boost. About the length of a chocolate bar, and weighing a pocketable 86g, the CP-ELS packs in a 2000mAh lithium ion battery.
At one end, a micro-USB input charges the internal battery: it takes around six hours for a full charge and Sony claims it’s good for 500 recharge cycles. At the other end, a full-sized USB socket outputs power to any device that can draw charge via USB.
Newsletter Signup

I have read and accept the privacy policy and terms and conditions and by submitting my email address I agree to receive the Business IT newsletter and receive special offers on behalf of Business IT, nextmedia and its valued partners. We will not share your details with third parties.
Connect a device to the CP-ELS, and hidden LEDs flash in sequence to show remaining capacity and indicate whether the connected device is successfully drawing charge.
Our HTC Wildfire S phone recognised the CP-ELS and charged fully in 1hr 31mins, draining the Sony in the process.
Buying a spare battery may be a cheaper option in some instances – a second battery for the Wildfire S costs around $35. However, the Sony’s ability to charge other USB devices is enough to justify the price.
Verdict
The Sony CP-ELS is a portable power brick that re-charges your phone, without a wall socket. Read our review.
Overall
Specs
$39.99 AUD
(pricing info)
Copyright © Alphr, Dennis Publishing
Tags:
battery cpels hardware portable power review sony
By Sasha Muller
May 21 2012
11:28AM