Product Brief: A portable Sandisk drive that you can transfer files to wirelessly 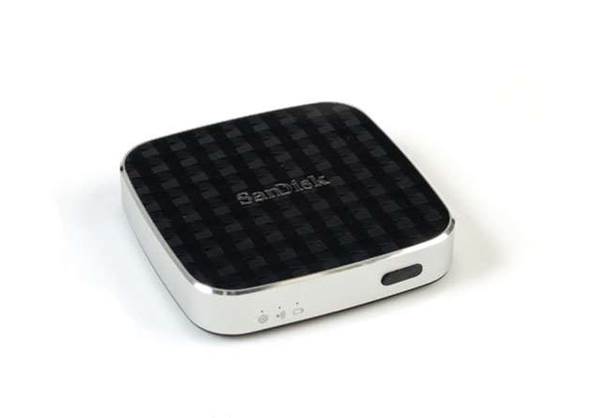 SanDisk appear to be on a roll, with a string of innovative products lately. This one is intended for file sharing wirelessly, or for streaming HD media.

It’s not the first product to do either, but in its compact and battery-powered form it is quite appealing.

The physically smaller ‘Flash Drive’ model comes in 16, 32 and 64GB versions and can stream HD content out to up to three simultaneous users, and supports up to eight wireless connections for regular data transfer. Fully powered, it’s good for around four hours before needing a recharge.

The slightly larger Media Drive (about the size of a pack of playing cards) can do five HD streams or, like the Flash version, eight data connections. A larger battery doubles endurance to eight hours.It also features SD expandability, which the Flash version does not.

All connections are secured, so this could be handy for road warriors who need to share files, as well as various media sharing scenarios.