PlayStation VR review: the best case for virtual reality yet 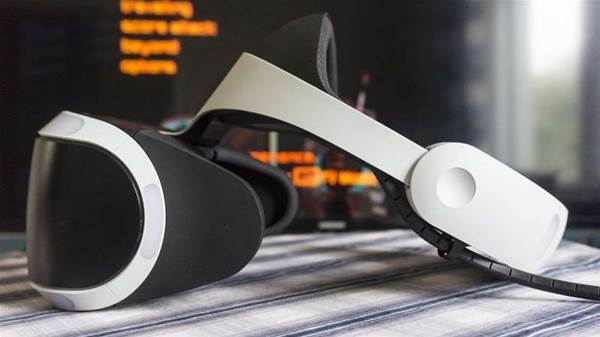 In this instalment of our series on gift ideas, we review Sony's virtual reality headset to see what all the fuss is about.

In a previous review in our gift guide series, we looked at the new Sony PS4 Pro. Well, here’s the perfect companion for it – or any PS4, for that matter: the PlayStation VR.

If you want to experience virtual reality – and you have a PS4 – there’s no better way to do that than to buy Sony’s VR headset.

While other VR headsets like the HTC Vive and Oculus Rift cost well over $1,000, the PlayStation VR costs a reasonable $550. But then Sony is positioning the PlayStation VR as a games-first device, rather than worrying too much about video like the PC-powered headsets.

However, Sony’s efforts to work with developers on bringing original content to PlayStation VR is far beyond what either HTC or Oculus has managed so far. The device itself is pretty good too.

Unlike the competition, Sony’s headset draws upon late-noughties sci-fi for its design inspiration. The seven front-facing blue tracking lights, along with its mix of black-and-white plastic and curved visor, make this look like something out of JJ Abrams' Star Trek.

Despite the futuristic looks, though, it’s extremely comfortable. Unlike other headsets on the market, Sony has decided to forgo the standard head-strap and goggles approach, and instead use an adjustable headband with the screen floating in front of your eyes like a visor. 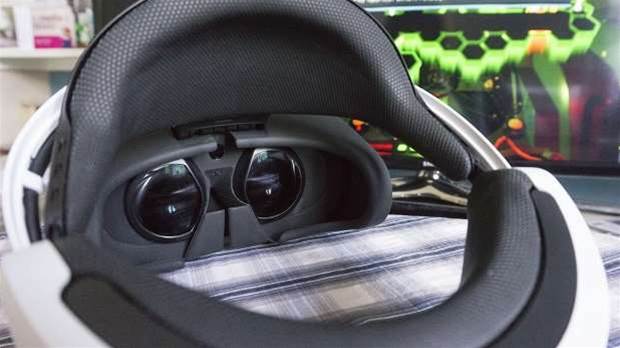 This shifts the headset’s weight from the front of your face as with the HTC Vive and Oculus Rift and places it on your forehead. In doing so, Sony has achieved the seemingly impossible: the PlayStation VR feels light and comfortable, despite being the heaviest mainstream headset on the market. It weighs around 610g, 55g more than the HTC Vive and almost 140g more than Oculus Rift.

PlayStation VR’s unique headband isn’t the only smart design feature Sony has employed with its VR headset. To help with putting on and taking off the headset, along with adjusting image focus, the whole front unit that houses the screen moves forwards and backwards with the press of a button. There’s also a set of in-line controls for PSVR, allowing you to plug in a pair of headphones, control headset volume, mute the built-in microphone and turn the VR unit on and off.

PlayStation VR’s breakout box, or “Processor Unit” as it’s officially known, is much smaller than many industry watchers had initially expected. Measuring 143 x 36 x 143mm (WDH), it can be tucked away next to or behind your PS4, and looks very much like a tiny PlayStation 4, complete with front-facing power status light strip.

On the hardware front, Sony’s headset lags behind its contemporaries. The PlayStation VR’s native resolution of 960 x 1,080 pixels per eye puts it below everything else on the market. Don’t let that deter you, though, as Sony’s use of subpixel rendering helps sharpen the PlayStation VR’s image before it’s transmitted to the device, meaning images are crisper than you’d expect from lower-resolution display. The difference between PlayStation VR and Oculus Rift’s picture quality is noticeable, but I can’t say it bothered me all that much once I’d started playing.

If you live in a completely wireless home, and the very thought of cables disgusts you, stop reading this and go do something else, because the PlayStation VR is not for you. It comes with a lot of cables.

HTC Vive’s room-scale solution may require more wiring in at first, thanks in part to both lighthouse beacons needing power, but it didn’t feel as messy to roll out when I wanted to play.

Not only will you need to plug a USB and HDMI cable from your PS4 into the breakout box – along with a cable from the box to the PlayStation VR – but if you have PlayStation Move, the two controllers will need to be plugged into your PlayStation to charge too, as they won’t charge from a standard USB mains adapter. You may have also worked out that a PlayStation VR and two Move controllers require three USB ports, which is one more than the PS4 actually has. Expect plenty of cable swapping.

Thankfully, the setup process is incredibly straightforward. Every single cable and plug is clearly labelled, and the setup instruction manual is painstakingly clear in its instructions. Anyone can set this thing up, and that’s quite an achievement on Sony’s part.

Sony’s 22 years in the games business has, understandably, given it a massive advantage on the content side of things, and the line-up of launch titles is healthy, with some strong games available right from the get-go. In fact, PlayStation VR has the best catalogue of VR games available right now.

Having played all of the first glut of releases, including RIGS, EVE: Valkyrie, Until Dawn: Rush of Blood and PlayStation VR Worlds, we can report that there’s plenty to keep early adopters busy.

For those of you looking to make use of your dusty motion-tracking wands, PlayStation VR is the perfect reason to charge them up and flap your arms around once again. Sony’s long-forgotten motion controllers get a new lease of life with PlayStation VR and Until Dawn: Rush of Blood, Job Simulator: The 2050 Archives and some of the titles in PlayStation VR Worlds all take full advantage.

Sony hasn’t changed the Move hardware at all, though. This means you’ll still need to charge the controllers from the PlayStation’s USB ports, and they still encounter the odd tracking issue now and again, but it does at least mean you won’t have to fork out extra if you already have a pair gathering dust at the back of your home entertainment cupboard.

While not widely touted by Sony, the PS4 Pro isn’t just about 4K – it also has added benefits for PlayStation VR players, even if they are only small gains.

Obviously Sony’s newest console isn’t capable of actually upgrading the PlayStation VR’s physical display or hardware capabilities, but there are noticeable improvements from user-experience point of view. Thanks to the PS4 Pro’s extra power, games like Rigs, Driveclub VR and even the likes of Rez Infinite and Thumper all run at PlayStation VR’s maximum 120Hz refresh rate.

Friends watching you play in PlayStation VR via its TV output also get an improved experience thanks to the PS4 Pro outputting a far higher-resolution image than the PS4.

Despite the cable nightmare and the lower-resolution display, we couldn’t recommend picking up PlayStation VR more. It’s an absolute blast and, if you can afford the $550 price tag, a must-buy for any avid PS4 fan and gamer. Not only is it a great way to experience a brand new medium without the need to fork over astronomical amounts of money, it’s unbelievably good fun, even if you’re just sat watching a friend or family member get lost in a virtual world. 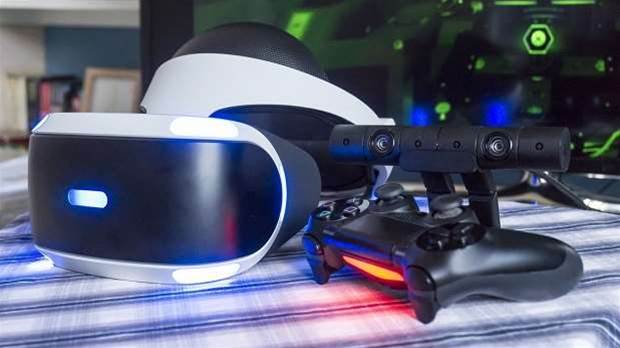 If you’ve never tried VR before, we’d still recommend trying to go hands-on with a demo unit or a friend’s headset first, if only to ensure your stomach is strong enough. Although it is cheaper than its PC-powered cousins, $550 is not an inconsiderable amount of money to drop on something you can’t play without feeling sick.

However, aside from this concern, PlayStation VR is, quite easily, the most compelling and exciting games product on the market right now and with such a reasonable price, PlayStation 4’s install base and Sony’s expertise, it has the potential to spark a revolution in gaming.