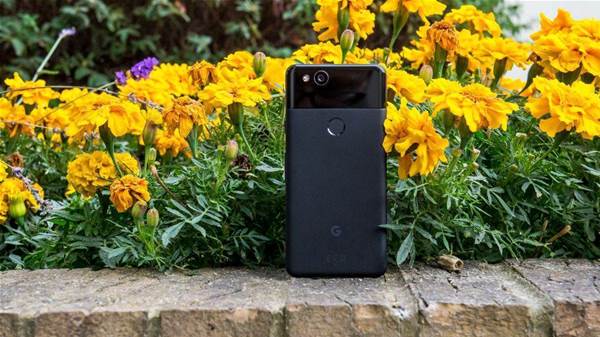 Under the Pixel 2's chassis sits Qualcomm's Snapdragon 835 system-on-chip, a powerful chipset found on most of 2017's other flagship phones. The chip has eight processor cores running at 2.35GHz and is paired with 4GB of RAM, giving the Pixel 2 plenty of compute power in its slim frame.

Our benchmark tests yielded a Geekbench 4 score of 1,914 for the single core test and 6,303 for multicore performance; pretty much on par with other high-end phones available. For example, the Galaxy S8 hits 1,994 and 6,629 respectively.

But the real-world performance of the Pixel 2 is where it really shines. Thanks to using Android Oreo with little more than the Pixel launcher interface added on top of it, the Pixel 2 has no heavy skins, overlays, or flabby third-party software to slow it down.

Flittering through apps and web pages is super smooth; even with numerous apps open at the same time Pixel 2 seems immune to any slowdown. Graphically-intensive software like games pose no problem for the phone's internals, and watching high-resolution videos while texting in split screen mode is handled with aplomb.

This performance, helped by the lack of flabby software, make the phone a great productivity workhorse, alongside being great for general use.

Storage starts at 64GB and goes up to 128GB. Coupled this generous allocation with the company's offer of free Google Photos storage for all Pixel 2 customers, and you should have absolutely no problems with local storage.

In everyday use, there's not much to see the Pixel 2's performance as much of a step over the original Pixel. But its beefy innards should give it a degree of future proofing when more graphically demanding apps crop up, such as virtual reality games for the Google Daydream headset.

Battery life clocks in at just over 14 hours in our testing, though in real-world use will see the 2,700mAh get you through a good day's worth of average use, including emails, messaging, calls and social media browsing. Set the brightness on full and stream a lot of video and that battery life drops; heavy use throughout a working day will see the Pixel 2 need a charge before bedtime.

Fast charging is present and correct, so when we found ourselves with a battery nearing empty, a mere 15 or so minutes on the charger and we had more than enough power to see us through a good few hours of solid use.

A power saving mode can extract out more life from the battery, but adds an annoying red overlay and slows performance down a little, so that swiping through menus feels a little jerky.

It also doesn't seem to have a great deal of effect in reducing battery consumption while the phone is in heavy use. But use the Pixel 2 sparingly with battery saver enabled and you can make it last a lot longer.

For example, we put the handset into power saving mode at 11:45pm with 51% of battery life left and come 1pm the following day, the battery had only dropped to 45% and all the time it had been recieving data and pushing notifications.

Overall, the battery life in everyday use is on par with many mid to high-end Android smartphones available; it is neither impressive or disappointing.

The camera on the Pixel 2 has been improved, build-in upon the impressive photography capabilities of its predecessor. 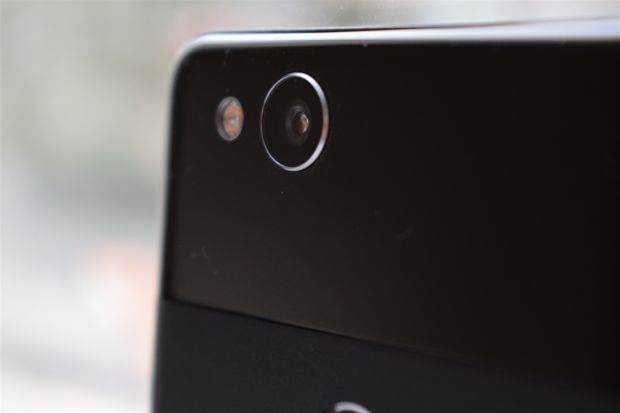 On paper, the 12.2MP f/1.8 aperture rear-camera is nothing special, but the results it delivers are. Even photos snapped at speed with little concern for focus points still present detail rich pictures, with more vibrant and accurate colours over the original Pixel's already excellent photography chops.

The difference between the old and new Pixel phones is not night and day, but there's no doubt the Pixel 2 offers a superior smartphone camera.

Rather than go for a dual lens camera array, Google makes use of dual-pixel phase detection, which means every pixel in the lens is made up of two smaller ones. With the use of machine learning, the Pixel 2 effectively overlaps multiple shot to deliver the best possible photo with plenty of depth and detail.

This technique also crops up in the new 'Portrait' mode which blurs the background of a portrait photo while keeping the subject in sharp focus. Working on both the rear and front-facing 8MP camera, the machine learning can serve up nice 'bokeh' effects in portrait photos, and is genuinely impressive to view while being intuitive to use.

In fact, machine learning filters into all areas of the Pixel 2's camera setup. Optical image stabilisation is now added into the mix alongside electronic image stabilisation, which can not only improve low-light photography but also be combined to make shooting video smoother, by having smart algorithms to combine the two stabilisation techniques and iron out any jerky hand movements and jitters when filming.

The technique works admirably too, delivering smooth videos even from shaky one-handed shooting. However, when blown up and viewed back, video captured at 4K/30fps lacked finer detail when compared to the original Pixel. This was disappointing, but suggests there's likely a problem with software compression rather than with the camera itself, given the still shots it takes are superbly detailed.

Hopefully Google will patch this pretty quickly, as if the problem is fixed then the Pixel 2 will have one of, if not the best smartphone cameras around.

In many ways, the Pixel 2 is a little disappointing: while it does away with the convenience of the headphone jack, it has a slightly dated design for a phone making its debut at the tail end of 2017. While the hardware is powerful and in keeping with the standards of other Android smartphones, and the handset is well built and lovely to use, it still feels a little out-dated.

The flipside to this is the Pixel 2 is a joy to use. With unfettered Android Oreo and the intuitive and slick Pixel Launcher, the Pixel 2 is less of an Android mobile and more of a Google phone, presenting the search giant's mobile OS in the best light possible.

Moreover, with the Google Assistant and its machine learning-powered features, the Pixel 2 genuinely feels like a smartphone that's actually smart and will continue to get smarter over time.

For business use, the display feels a little small, due to being flanked by its chunky bezels and by 2017 standards it is perhaps not the productivity powerhouse of phones like the Galaxy Note 8. But its smart features, superb camera and slick user experience go some way to compensate.

The main fly in the ointment is that Google has joined Apple and Samsung in increasing pricing of the higher-end models: while the Pixel 2 will cost $1,079 with 64GB of storage, it will cost $1,229 with 128GB.

That’s seriously pricey, and what’s worse, they’re still Telstra exclusives, like the original Pixel, for those wanting to buy on contract. The lowest price plan is $79 per month for 2GB, and you can’t shop around for better deals as you can for the latest Apple and Samsung flagships, which are available from all major providers.

Die-hard Android fans will already be champing at the bit to get the Pixel 2. However, for people who are happy to wait patiently for the new, smarter Google Assistant features to roll out onto other Android handsets, we feel the Pixel 2’s doesn't quite offer enough for its high price compared to other phones.

Nevertheless, the Pixel 2 is still an excellent smartphone, and while it can’t quite hit the high notes in terms of design, which make rival handsets more appealing, it shows that Google is serious about its own hardware and promises a bright future for the Pixel 3.