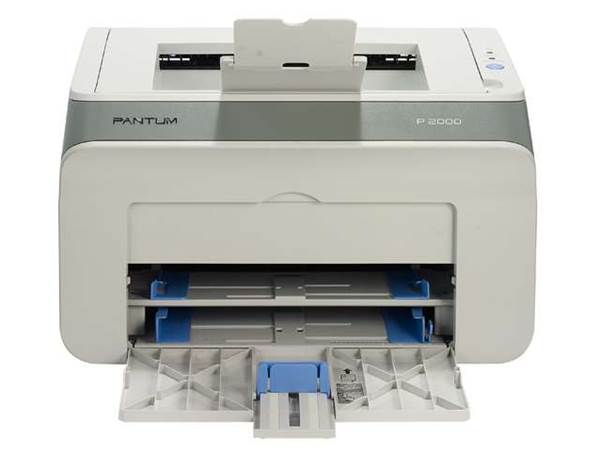 Pantum is a new name on the laser printer scene, and has its sights set on toppling the big brands. With a 20,000-page monthly duty cycle, and claims of 20% lower running costs than rivals, the P2000 makes an impressive start.
At this price, you may expect the P2000 to feel cheap, but that isn’t the case. A metal skeleton helps it feel sturdy and solid – and it’s compact, too. The front panel folds down to act as the paper input tray, which holds up to 150 sheets of paper. There’s a manual tray for envelopes and card stock up to 163gsm. It’s also the only mono laser to come with a USB cable in the box.
Newsletter Signup

I have read and accept the privacy policy and terms and conditions and by submitting my email address I agree to receive the Business IT newsletter and receive special offers on behalf of Business IT, nextmedia and its valued partners. We will not share your details with third parties.
The Pantum claims print speeds of 20ppm for A4 paper, and it fell just shy of those claims in our tests, managing 19.4ppm across our range of business documents and PDF brochures. There’s no automatic duplex printing, but manual duplexing is supported in the driver.
Pantum’s claims of low running costs disappoint, but we can’t help but wonder if this is due to the printer being a relatively rare beast in the Australian market. The toner cartridges last an average 1500 pages, and are priced the same as the printer itself. This translates to a cost of 4.7c per page. Which is a shame for what is clearly intended as a budget option, but instead works out as having average to high running costs over 10,000 pages.
Print quality is its biggest weakness. Text is up with the best, but more complex documents are the P2000’s undoing. Despite decent reproduction of detail, images, graphs and charts are covered in banding. Detail in darker areas all but disappears, too, with darker greys crushed into black.
It’s great to see a new name giving the usual suspects a run for their money, but Pantum’s P2000 doesn’t quite have what it takes. Ultimately, low initial cost isn’t enough to offset ropey print quality. The award-winners in the group test of which this review is a part of achieve a far better balance.
Verdict
Pantum's P2000 laser printer makes waves with cost and good build quality, but prints aren’t up to scratch.
Quality
Speed
Features & Design
Value for Money
Overall
Specs
$70 AUD
(pricing info)