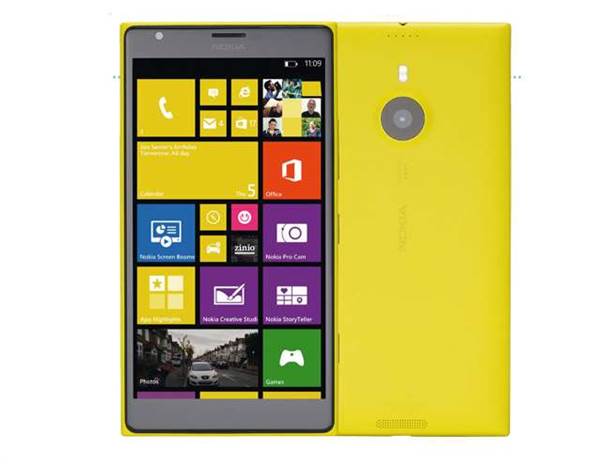 Android fans have plenty of choice when it comes to super-sized smartphones, but those on other platforms have, until now, been stuck with screens below 5in. The Nokia Lumia 1520, with its huge 6in, Full HD display, fills that gap for Windows Phone users.
Whether or not the gap needs filling is up for debate: some say having such a large screen means easier typing, more comfortable web browsing and a more enjoyable gaming experience; others find such devices hip-jabbing, pocket-splitting comedy phones, too impractical for everyday use.
Newsletter Signup

I have read and accept the privacy policy and terms and conditions and by submitting my email address I agree to receive the Business IT newsletter and receive special offers on behalf of Business IT, nextmedia and its valued partners. We will not share your details with third parties.
Whichever side you come down on, though, there’s no doubting the Lumia 1520’s top-end credentials. It may be large, measuring 86mm wide and 193mm tall, and weighing 209g, but its slim profile and elegant lines make the most of the situation.
In common with much of the Lumia range, this is a beautifully made piece of hardware: its brightly coloured, matte-plastic finish feels silky in the hand; there’s scratch-resistant Gorilla Glass 2 on the front; and the whole thing feels built to last.
There’s even a modicum of practicality: the Lumia 1520 sports a microSDXC card slot, which allows you to boost the storage from 32GB to 96GB. There’s also support for 4G and wireless charging, as well as NFC. The internal battery cannot be user-replaced, however.
All-round performance and specifications are just as good. Under the hood is the popular quad-core Qualcomm Snapdragon 800 CPU, clocked at 2.2GHz and backed up by 2GB of RAM. This is enough to attain top results in all the benchmarks we ran: it recorded an average time of 537ms in SunSpider, and 25fps in the graphics-heavy GFXBench 2.7 T-Rex HD.
Windows Phone 8 runs flawlessly and games play smoothly. The 6in display also means you can squeeze more onto the Windows Phone homescreen: where the 4.5in Lumia 1020 can show two columns of the larger, square tiles, the Lumia 1520 can display three.
The quality of that huge display is excellent. Colours pop off the screen at default settings, but it’s possible to adjust the overall colour temperature and saturation if you crave a more sedate or vivid palette. Although the maximum brightness isn’t up with the best we’ve tested – we measured it at only 366cd/m2 – Nokia’s ClearBlack polarising filter technology does a great job of keeping the screen readable in the brightest sunlight.
The Lumia 1520’s camera, which is a 20-megapixel PureView unit, is also pretty good; it works in a similar way to the 41-megapixel snapper on the Lumia 1020. It captures a 5-megapixel shot and a full-resolution photo at the same time, allowing you to recrop images after shooting and making snaps easier to upload. There’s also optical stabilisation, which smooths out video and allows for sharper shots at slower shutter speeds.
There’s a dual-LED flash for in-the-pub snaps; and the Nokia Camera software gives advanced access to ISO, shutter speed, white balance and exposure compensation. The handset also sports four microphones, in theory boosting audio quality in video.
These are impressive specifications, and the camera is at least as good as the Lumia 1520’s main rival, the Samsung Galaxy Note 3. If anything, low-light shots are slightly sharper, and exposure of photos and video is well judged. The audio, captured by the quad-microphone array, is superb – full of body and depth.
However, if you were expecting anything approaching the quality of the Lumia 1020, you will be disappointed. The Lumia 1520’s smaller 1/2.5in sensor means that low-light photos look much murkier and more smeary.
Battery life, on the other hand, is excellent. The larger chassis gives Nokia the opportunity to jam in a bigger battery, and the Lumia 1520’s 3400mAh unit delivers stamina to rival the Galaxy Note 3. In our 24-hour test, in which we carry out a set of repeatable tests – a 50MB data download, a 30-minute phone call, an hour of screen-on time and an hour of audio playback – it retained a superb 70% on the gauge.
All in all, the Nokia Lumia 1520 is an excellent smartphone and the most powerful and rounded Windows Phone handset we’ve seen. It retains Nokia’s refined sense of design, and includes the excellent selection of Nokia and Microsoft Office apps. It combines all this with a stunning screen, good battery life and a camera that  is highly accomplished.
The Samsung Galaxy Note 3 remains our favourite large-screen smartphone – its smaller size and stylus make it a more practical choice, and Android still delivers a wider choice of apps than Windows Phone – but this Lumia runs it a close second.
Verdict
A big, beautiful smartphone with a superb display, camera and good battery life too – but Nokia's Lumia 1520 is pricey.
Performance
Features & Design
Value for Money
Overall
Specs
$600 AUD
(pricing info)
Copyright © PC Pro, Dennis Publishing
Copyright © PC Authority, nextmedia
Tags:
1520 hardware lumia nokia review
By Jonathan Bray
Mar 14 2014
8:26PM