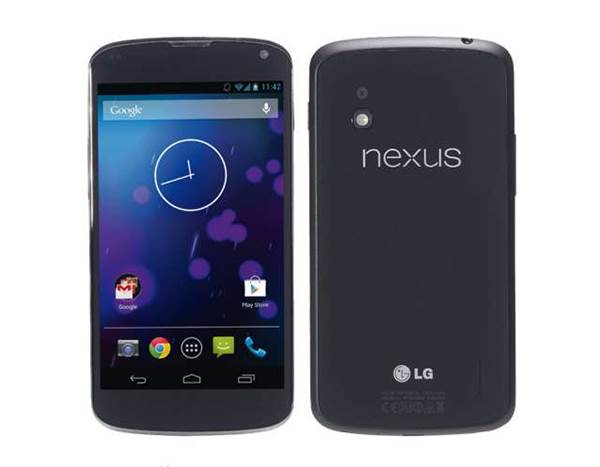 [We first posted a review of Google's hghly-regarded Nexus 4 phone earlier this year. Since then, our sister publication PC & Tech Authority has published this review below, comparing it to 12 other smartphones on the market. Because the phone is so well regarded we decided to share it with you below.]
The Nexus 4 is Google’s most successful handset: it sold out within 15 minutes when it first went on sale on Google Play, and there are several good reasons why so many were keen to get their hands on one.
Newsletter Signup

I have read and accept the privacy policy and terms and conditions and by submitting my email address I agree to receive the Business IT newsletter and receive special offers on behalf of Business IT, nextmedia and its valued partners. We will not share your details with third parties.
For starters, the prices: the 8GB and 16GB versions are available outright for $349 and $399, around half the price of high-end rivals. Then there’s the software: the big attraction of Nexus handsets is that they always receive the latest Android updates, as they’re issued by Google.
The Nexus now runs Android 4.2, which boasts a raft of improvements over older versions of the OS. Our favourite feature is the brilliant new keyboard, which boasts highly effective Swype-style gesture-typing.
The phone’s LG-made hardware is just as smart. The glass rear shimmers as it catches the light, and the Gorilla Glass front panel is surrounded by a chrome-effect border. It’s comfortable in the hand, weighs a reasonable 139g, and isn’t far behind this month’s slimmest phones, at 9.1mm.
One point against it, however, is that it’s a sealed unit, so you can’t add storage or replace the battery. Another is its 1.5GHz quad-core Snapdragon S4 Pro CPU, which produced a slow benchmark time in this comparison of which this review is a part of.
The Nexus 4’s 4.7in 768 x 1280 display is great, though. The IPS panel lends colours a natural tone, and a maximum brightness of 486cd/m2 puts it fourth this month. The Nexus 4’s 8-megapixel camera is also decent: behind the quality of the Lumia 720, but not by much.
The Nexus 4 represents excellent value, no matter how it’s purchased: Although at this cost we’d suggest that the 16GB model is the only one worth considering.
It’s only the presence of the excellent Nokia Lumia 720 in the phone comparison that this review is a part of that robs it of an award.
Verdict
The Nexus 4 is excellent value with a top-quality screen and guaranteed Android updates. Read the review.
Performance
Battery Life
Features & Design
Value for Money
Overall
Specs
$349 AUD
(pricing info)
Copyright © PC Pro, Dennis Publishing
Copyright © PC Authority, nextmedia
Tags:
4 hardware nexus phone review
By Staff Writers
Sep 23 2013
12:49PM