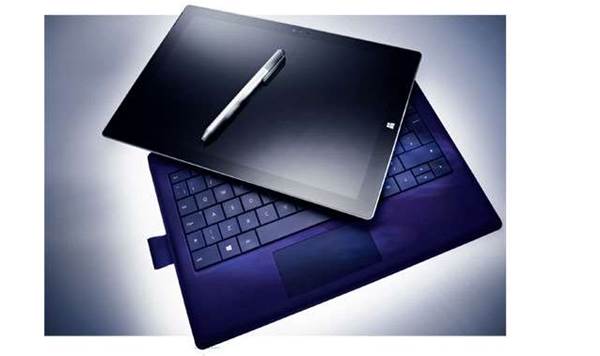 Evolution is a slow process, but after two generations Microsoft’s hybrid tablet is becoming a distinguished creature indeed. The Surface Pro 3 brings a high-DPI display that’s swelled to near-A4 size; the magnesium-alloy chassis is thinner and lighter; and numerous design tweaks have improved usability. Microsoft calls it “the tablet that can replace your laptop”, and it may not be far off.
Design
The Surface Pro 3 makes a great first impression. Where the all-black exterior of the previous generation conveyed a certain moodiness, the clean design of this version is inviting and approachable. Light-grey metal reaches all around the back and along the tapered edges, and a slight sparkle shimmers under the matte finish. Although the Surface Pro 3 is wider and taller than the previous model, Microsoft has managed to make it not only thinner but lighter too: the chassis now measures a dainty 9.1mm thick and weighs 800g.
Newsletter Signup