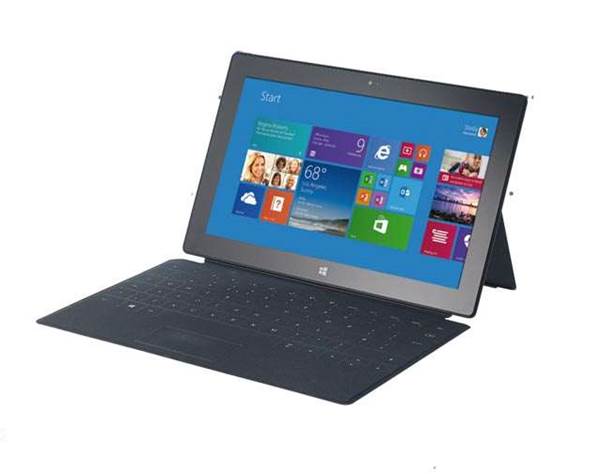 [This review was previously published as a part of a comparison of 14 different tablet computers in the Feburary 2014 edition of PC & Tech Authority magazine. We've covered various Windows tablets in the past, so we decided to share this review with you below].
Surface will forever stand as one of Microsoft’s most confusing product debuts, one of its most hyped reveals followed by underwhelming sales.
Newsletter Signup

I have read and accept the privacy policy and terms and conditions and by submitting my email address I agree to receive the Business IT newsletter and receive special offers on behalf of Business IT, nextmedia and its valued partners. We will not share your details with third parties.
With the second generation Surface products Microsoft has really kicked things up a notch, adding a full HD screen to the Surface 2 (which confusingly is the Windows RT version – for some reason Microsoft thought dropping the RT suffix would make life easier), while still retaining the excellent build quality and design that so enamoured us to Surface initially. The Tegra 4 GPU is blisteringly fast, delivering great all-round performance in everything we threw at it, and the optional Touch and Type covers help to make the tablet a seriously useful device when you need to put words onto screen.
The inherent issue with the Surface 2 is that, while it demonstrates excellent performance and is a joy to use, the Windows Store isn’t the best source of Apps out there. While we have, in recent years, seen a significant shift to developers producing Apps for both iOS and Android, there is still a general lack of enthusiasm for Windows RT.
This ends up being a dealbreaker for the Surface 2, which just doesn’t have the rich variety of software that makes competing Android and iOS tablets so useful and customisable. While there are some interesting novelties, more often than not you’ll find that the Windows implementation of an App either doesn’t exist or is some painfully low-function link to a website. Until Microsoft can get this situation sorted out Surface 2 will suffer. While its big brother, the Surface 2 Pro, can fall back on its full Windows legacy and Ultrabook hardware to allow access to a vast software library, the lack of legacy Windows software support renders the Surface 2 an outlier.
This is a crying shame, because everything from the hardware to the pricetag for the Surface 2 is truly excellent, and if it wasn’t for the obvious lack of software it would be a serious contender. As it stands, apps are too important for us to ignore.
Verdict
The second generation Windows RT tablet shows potential, but lacks apps
Performance
Battery Life
Features & Design
Value for Money
Overall
Specs
$529 AUD
(pricing info)
Copyright © PC Pro, Dennis Publishing
Copyright © PC Authority, nextmedia
Tags:
2 hardware microsoft review surface
By Staff Writers
Feb 26 2014
4:01PM