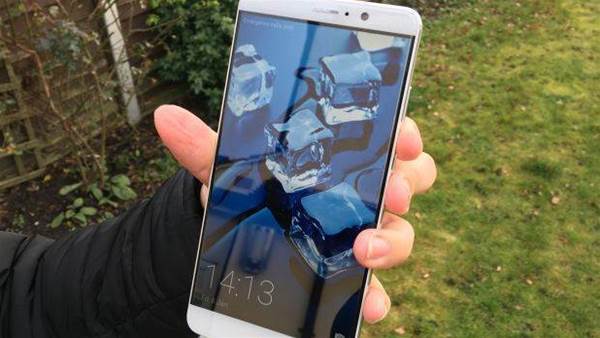 Looking for a big-screen smartphone that's more affordable than those from the likes of Apple and Google? The new Huawei Mate 9 could be just what you're after.

With its 5.9-inch display, the Huawei Mate 9 is clearly aimed at large-screen smartphone fans – and likely wooing users of the ill-fated Samsung Galaxy Note 7 looking for a replacement that doesn’t turn into a fireball.

But how does it compare with the likes of the Apple iPhone 7 Plus and Google Pixel XL? We tested the Mate 9 to find out. 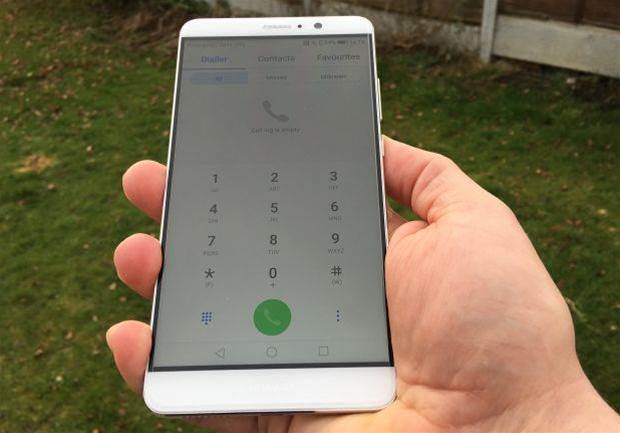 It’s by no stretch a small phone, yet it’s more pleasing to hold in the hand than the iPhone 7 Plus or Pixel XL. It has a curved back finished in aluminium that fits in your palm better, as well as narrower bezels, giving you more display without straining your hand.

Users of the previous Mate 8 will no doubt be wondering what has changed. In fact, the Mate 9 looks extremely similar to Mate 8 to the point where you ask if this is no more than a minor upgrade.

On the right are power and volume keys, with a USB-C port at the base with one of the dual speakers. The headphone jack and infrared port both sit at the top edge of the chassis. 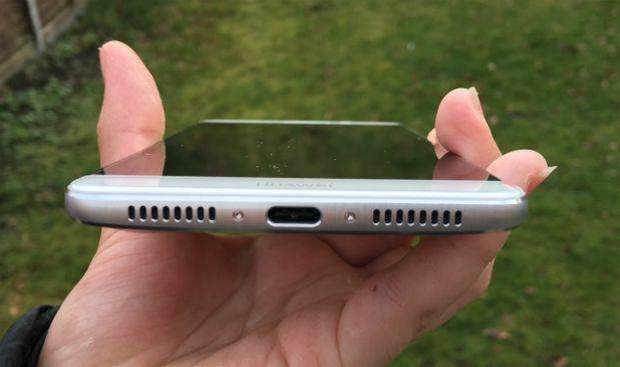 Around the back is the dual-camera in a vertical layout, compared with the horizontal arrangement on the iPhone 7 Plus. Below this sits the fingerprint sensor. The camera is slightly raised, giving it a bump not unlike the one on the iPhone 6.

Huawei has chosen to stick with Full HD resolution for the 5.9in display, offering 373 pixels per inch. While this is good enough for everyday apps, the screen isn’t up to the resolution Note 7 offered with its 2,560x1,440-pixel display (515 pixels per inch), while the Pixel XL boasts 535 pixels per inch. As more and more smartphones become used for virtual reality purposes, where the screen is necessarily very close to your eyes, you really will notice this issue. This leaves the Mate 9 not terribly well-suited for VR, which is surprising as we found that the phone is also Daydream VR-ready.

That said, the screen is nice and bright and works well in office situations, where garish lights can often make displays look terrible. And the lower resolution will undoubtedly help extend battery life.

There have been a number of software tweaks that make swiping and swapping between apps and pages very quick. We found no noticeable performance lag or slowdown, and it also offers the added benefit that apps rarely crash in normal usage.

Its 64GB of onboard storage can be supplemented via the microSD slot with another 265GB, and the phone also boasts UFS 2.1 storage for fast accessibility of files and data.

The fingerprint scanner sits on the back underneath the Leica branded dual-lens camera. 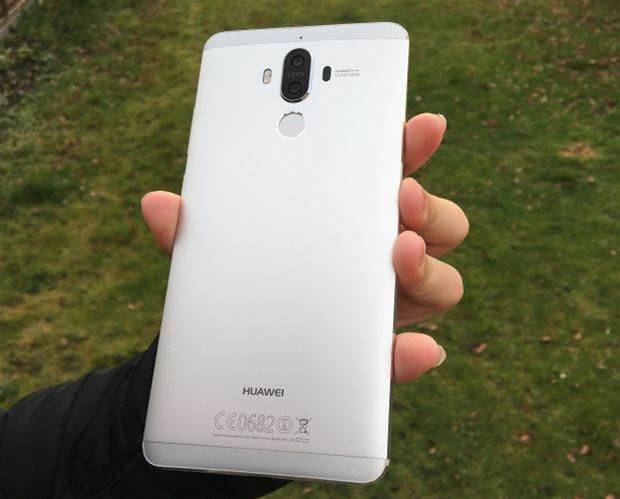 While this works well when you are holding the phone, it can quickly become irritating to unlock your phone if you have it sat next to your laptop.

Like most big-name Android phones, the Mate 9 has its own user interface – in this case, the Emotion User Interface (EMUI). Now on version 5, it is somewhat of a redesign with a greater emphasis on decluttering. 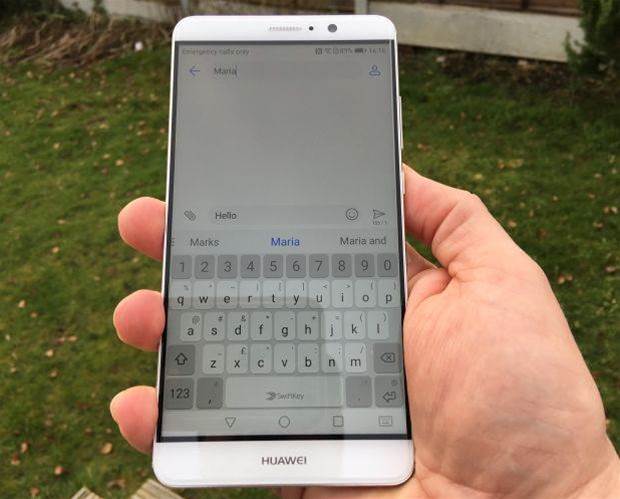 EMUI 5.0, based on Android 7.0 Nougat, and is a major improvement. Preloaded apps have also been overhauled, giving them white backgrounds, grey accents and blue highlights. This is all more in keeping with the recent Android design ethos, and less ugly like so many other Android skins we have seen over the last few years.

That said, it does try a little too hard to look like an iOS clone rather than stand on its own design feet – note how the folder icons below look pretty similar to iOS's. 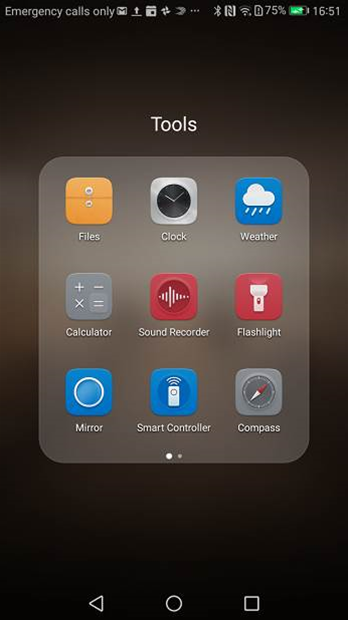 However, the UI is now easier to navigate, and around 90% of your go-to apps and functionality can be found within three taps on the display.

Huawei has also improved the app drawer option, enhanced notifications and quick settings, as well as split screen mode. There is a new element of machine learning, as Huawei claims the device analyses user behaviour and changes the device accordingly for a better, more personalised experience.

Also promised in the phone, but not yet available, is Amazon Alexa. This will be the first time that the Amazon AI assistant has made an appearance outside of the Amazon Echo and Amazon Echo Dot. Hopefully, this will become available with a future software update shortly.

Huawei has continued its partnership with Leica. The Mate 9 has a dual camera set-up on the rear, similar to its efforts with the P9. The 12-megapixel camera takes colour images while the 20-megapixel shoots only in monochrome. Both cameras take appealing images and in combination, claims Huawei, deliver a more detailed image than what you may get from just a single lens. 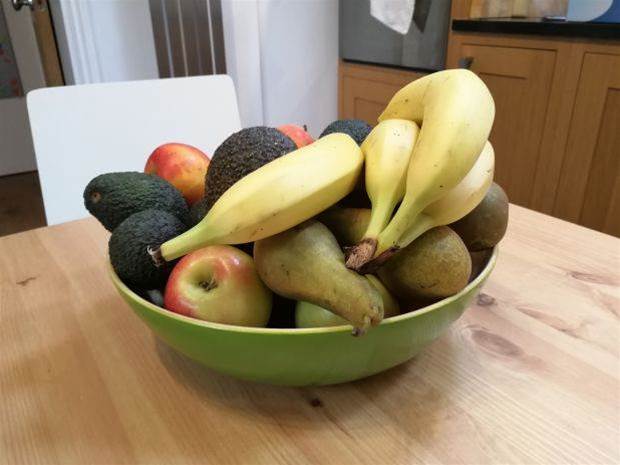 A photo from the Mate 9's camera

This is because the black and white lens delivers the detail while the colour lens gives you, erm, the colour. Regardless of the theory, the images produced are very good. Although in low light it has some trouble with focusing.

There is also a Pro mode that allows the user to change camera settings to take better shots, although you need to be clued up as to what ISOs and f-stops are before plunging into this.

Another benefit of the dual-lens set-up is the wide aperture mode. This allows you to take a shot and then change the focus point afterwards. Clever stuff, but not necessarily a feature you would use that often.

The Mate 9 can also record video footage in 4K, Full HD and 720p as well as slow motion. 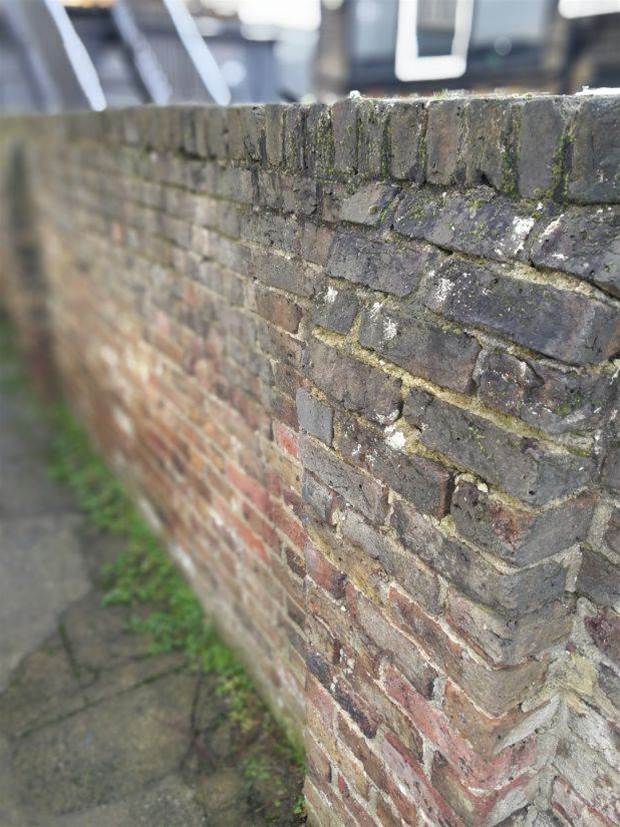 The front camera is an 8-megapixel effort that boasts a beauty mode to touch up any ugly mug (within reason) intent on taking a selfie.

What’s the biggest problem Australians have with their smartphones? Battery life, according to a recent survey by Huawei (in partnership with Decibel Research). In fact, 52 per cent identified insufficient battery life as the number one complaint, ahead of lag, durability, insufficient storage and all other complaints combined.

Huawei promises a giddily impressive two-day battery life. While the phone has a 4,000mAh battery, in our day-to-day usage of the phone, it didn’t quite last two days, but unquestionably lasted around a day and a half. This is very impressive, though based on our testing, it doesn’t live up to the claims of the vendor. And, of course, if you use it in dual SIM mode this will drain the battery faster.

The good news is even when the phone is close to zero, it offers fast charging via its USB-C port and the supplied cable. Dubbed SuperCharge, this recharges the phone in 20 minutes for another full day’s use. The lock screen will even tell you if it is charging at standard, fast, or SuperCharge speed.

Of course, the main concern for any smartphone user is whether the battery will last the day without overheating, a la the Note 7. Huawei says the device has a “five-gate” protection that ensures a safe charging and usage experience.

The Mate 9 comes in a variety of colours, but that depends on where you buy it. Huawei says it’s available in “Space Gray” from Optus and Vodafone, and “Mocha Brown” from JB Hifi, Harvey Norman and other participating retailers.

But should you go for the Mate 9?

While the features, camera and battery rival those aspects of the Pixel XL or iPhone 7 Plus, Huawei still has work to do to make its brand more desirable in our view. It needs to refine future phones’ looks, not just in hardware but in software too, developing a more distinctive look than its iOS-inflected EMUI.

That said, the Mate 9 is certainly a step in the right direction and it will most certainly suit anyone looking for a large screen and a device that will last longer than a day. The storage options are generous with 64GB of onboard storage and get better once you slot in a 256GB card, and the camera gives you plenty of detail on your pictures and some fun options to play around with images.

It is also one of the first non-Google phones to sport Nougat, which means it will have plenty of longevity if you are looking for a phone that will last a good while.